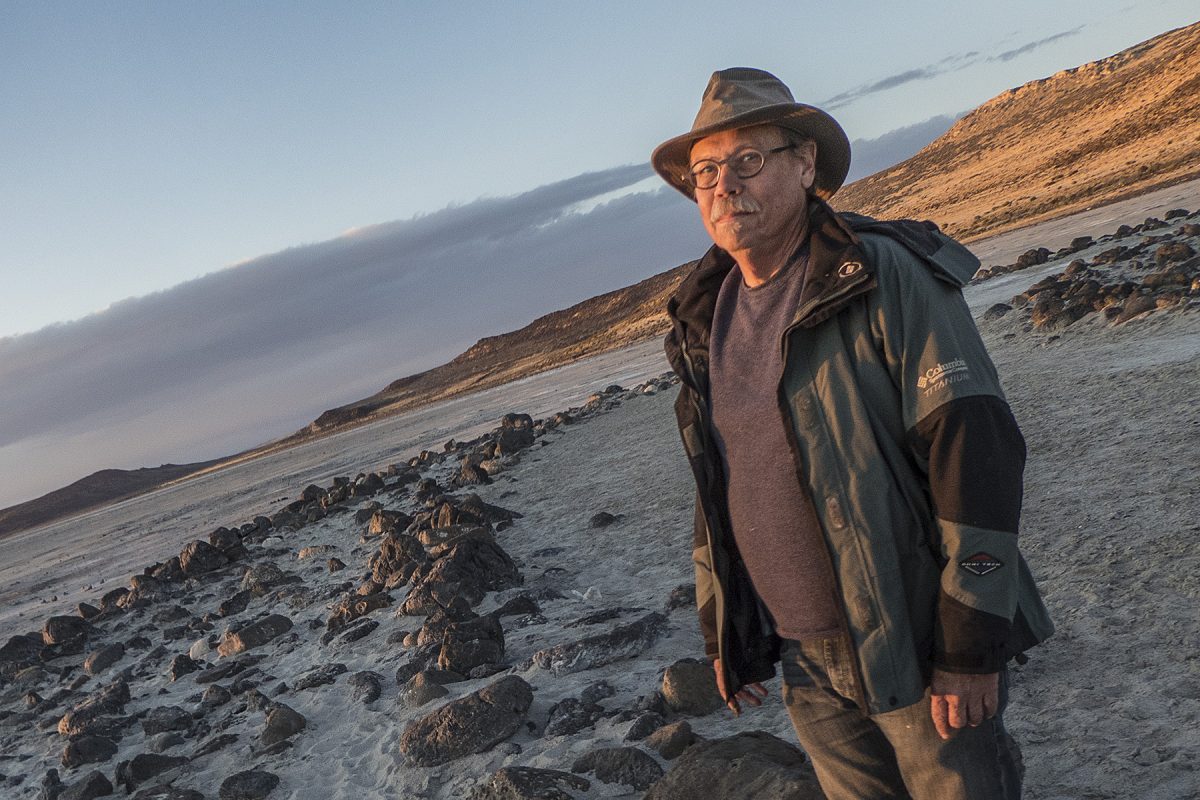 “Part of what artists do is to call attention to things that have been overlooked, and do so in a way that causes people to start noticing on their own,” says Jim Frazer, an artist originally from Georgia who has been working in Utah since 1999. Forty-five years ago he started out as a photographer, and though it isn’t always obvious, he says his current work is still photo-based. 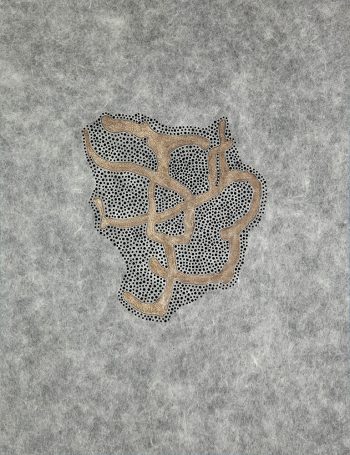 This past year he developed two bodies of work using photographic sources to trace the outline of natural patterns. Glyphs is derived from the paths of bark beetle larvae that Frazer found etched into tree trunks in the woods. The other, Maps, is based on patterns of cracked mud in the desert. Both were exhibited at the Schuylkill Center for Environmental Education in Philadelphia and at the Dalton Gallery of York County Arts Council, in Rock Hill, South Carolina. “I was also honored to be invited to be part of The Earth Issue, a London based collective of environmental artists which exists both online and in print publications,” Frazer says.

Recently, he’s been translating the Glyphs, which have the appearance of calligraphic characters, from works on paper to sculptural versions having the same shape but made of wood and copper. “I’m excited about this because the larger sculptural versions have a greater presence. My intention is to create something recalling a ceremonial object, with the idea that if something is presented as having special significance, it will encourage people to look more closely at it.”

In 2018, Frazer hopes to exhibit both versions of the Glyphs together. In the meantime, he’ll continue teaching himself philosophy, which he says is a new area of interest. “The most interesting books I’ve read lately are Vibrant Matter by Jane Bennett, and The Spell of the Sensuous by David Abram. Both of these books argue – though from very different perspectives – that humans exist not as privileged beings but as a part of a larger whole which encompasses all matter, living and non-living.  This is important for my work, because I’m trying to point out ways in which forms that resemble human communication (calligraphic characters, maps) can arise from non-human sources.” 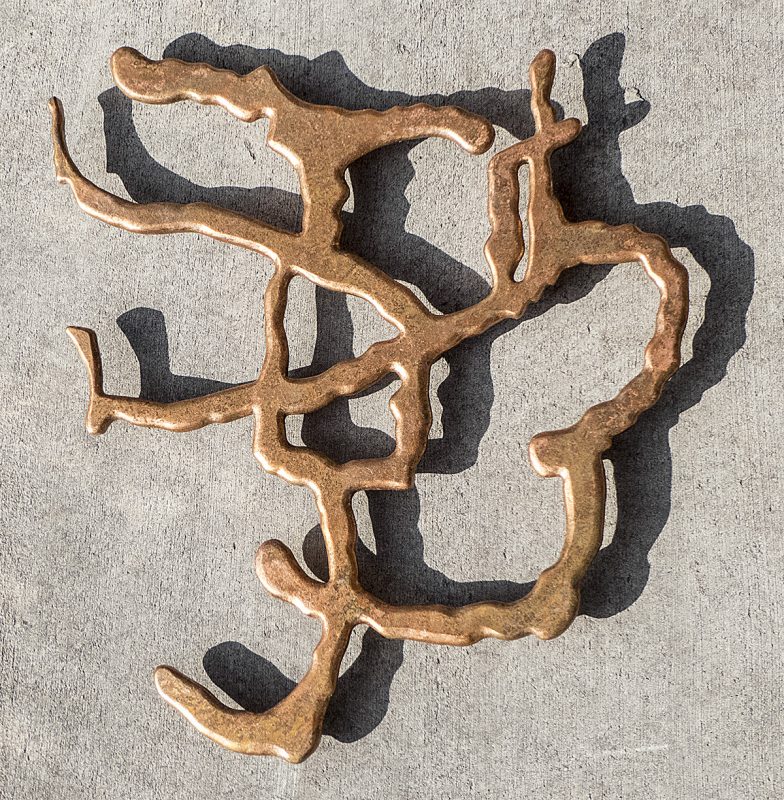 To view more of the artist’s work, visit jimfrazerart.com.