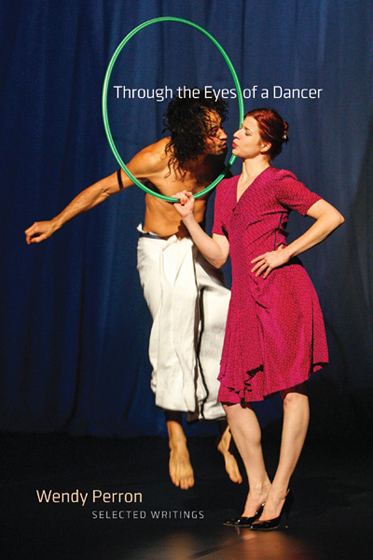 On December 2nd, The King’s English hosted Wendy Perron, editor of Dance Magazine, to read from her new book Through the Eyes of a Dancer. The reading encapsulated much dance history, fostering connections between those working in ballet, modern dance, and spaces between. The night connected the artists in the room on a national scale as Perron acknowledged that her New York performance career linked her to University of Utah professors Pam Geber & Eric Handman; that it was Linda Smith, RDT’s Artistic Director, who originally introduced her to Salt Lake; and that Kathy Adams, the Tribune’s dance critic helped facilitate the event.

As the reading unfolded, I reflected on my own (miniature) dance history and was disappointed that more of my peers weren’t in the audience. So much of the work I’ve seen in the past year would benefit from the context this book provides.

In 2013, much in Salt Lake continued as it has for several years: SB Dance continued developing “Of Meat & Marrow” and greatest hits concerts while Ballet West had strong presentations of classical ballet and took a dip back into the spectacle of reality TV. Other mainstay companies found themselves in flux: Charlotte Boye-Christensen departed Ririe-Woodbury to form NOW and Daniel Charon stepped in as Artistic Director, while RDT gained an Assistant Artistic Director and a handful of new dancers. Despite change, audiences for these companies still commonly know what to expect, while newer groups aim to challenge expectations of what concert dance looks like. Sugar Space, a space for independent works, continued their cooperative company (co.da) and series like the Sugar Show and SUITE, but also opened a new space downtown which supports dancing by smaller groups like Movement Forum, the Municipal Ballet, and more. My own work through loveDANCEmore’s Mudson presented 24 new works-in-progress by area choreographers ranging from graduate students to professionals who’ve recently made Salt Lake City home.

Perron’s book addresses this facet of Utah’s dancing landscape through the scope of her coverage. The writing demonstrates that what has a small (or underfunded) following in the moment can still become iconic in representation alongside larger theatrical traditions. Perron also spoke directly to how crucial different dancers can be in engaging audiences — that the way dance locates itself in diverse bodies will always be a fascinating and indescribable phenomenon affecting any work. Certainly the dancers in the works above matter and contribute to the dances as they situate themselves in our own time.

The book functions as a chronology of changing dance forms as well as attitudes. For example, at one point Perron identifies as a feminist who considered the ways in which women choreographers can be disadvantaged yet later found those views troubled as male dancers died so frequently at the hands of the AIDS epidemic. Utah dance is no exception, as culture and religion frequently become part of the conversation about what is being presented, and recently a lack of diversity has been criticized and considered among the many groups mentioned above.

Less seriously, but following national trends, 2013 saw a fluctuation in modes of presentation as performance in visual arts spaces increased. CUAC hosted Ushio Shinohara, the Rio Grande presented dance film, Kristina Lenzi began a Performance Festival, BYU’s Museum of Art shared dance at Work to Do, and 15 Bytes included a solo by yours truly in 35×35.  Collaborations between choreographers and visual artists were forged by myself and Mary Sinner but also between Sofia Gorder and those working at Art Access and Design Week as Gorder presented two full-scale works outdoors.

In addition, dance was seen at ample sites, old and new, including the Cathedral of the Madeline, Ladies’ Literary Club, Utah Arts Festival, Craft Lake City/Gallivan Plaza, the Main Library, Rose Wagner, Capitol Theater, Kingsbury Hall, Central Utah Gardens and the Masonic Temple theater and ballroom among others. The degrees of difference presented here follow the more broad scale of Perron’s work and invite questions about what new territory will be explored in years to come.