We Welcome Carol Fulton – Check Her Work Out Friday Night 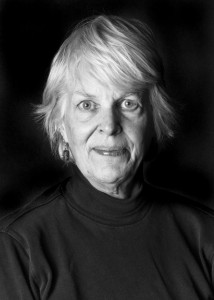 Artists of Utah is pleased to welcome Carol Fulton to its Board of Directors.

Carol grew up traveling the world (she has lived in Brazil, Ireland, Portugal, the Dutch West Indies and the USA) in a family full of art lovers and collectors. It was only when she was in her 50’s, however, that it occurred to her to make her own art. She was one of the founding members of the New Visions Gallery, which operated in Salt Lake City in the early aughts, and now, retired after a career with Delta airlines, she works part-time with the collections department at the Utah Museum of Fine Arts and creates art with husband Bill Fulton in their Millcreek home.  The Fultons are exhibiting this month with a group of friends and fellow artists in a show at Salt Lake’s Michael Berry Gallery entitled Eclectic. In addition to Carol’s sculptural pieces of embodied clothes, you’ll find oil paintings by Kathryn Lindquist, David Estes and Merritt Stites, and encaustics by Mary Tull. The exhibit opens Friday during the Salt Lake Gallery Stroll and continues through March 8. 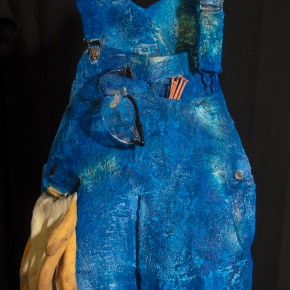 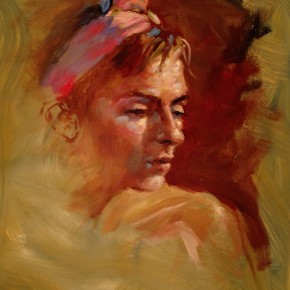 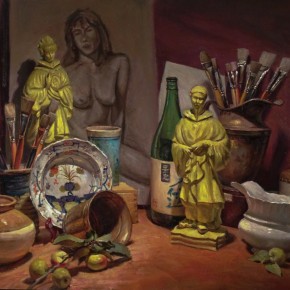 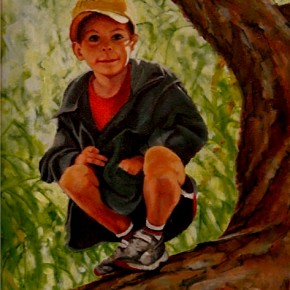 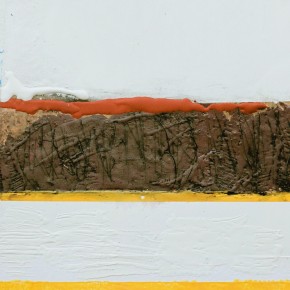 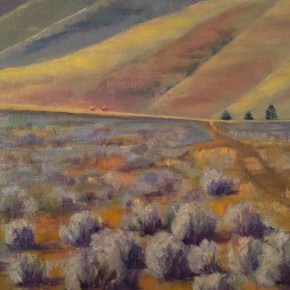 Over the past several years Carol has been an active volunteer for both Artists of Utah and 15 Bytes. She has been serving as our volunteer development director; she has written a number of articles and produced a number of videos for 15 Bytes (check out her profile of David Estes in the December 2012 edition); and every month she slogs through tens of thousands of words as a copy editor for our 15 Bytes editions. So really, she’s already doing the work of a board member and we finally decided to give her the title.

“When I came to Utah in 1987 I realized how much talent there was here, although you had to “dig” to find it,” she says. “From its inception until now,  15Bytes has been the leader in championing art awareness and appreciation in this state. It is particularly encouraging to know that there are so many knowledgeable people here who are willing to donate their time to write for 15Bytes. It is an honor to be a member of the Board of Directors for Artists of Utah, and to work toward enhancing and broadening access to the arts in this state.