Watching Another: Notes on a Place and a Moment in Artists of Utah’s 35×35 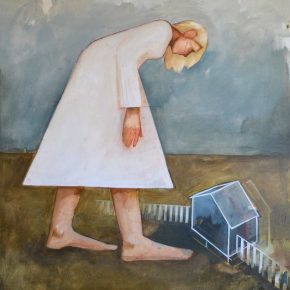 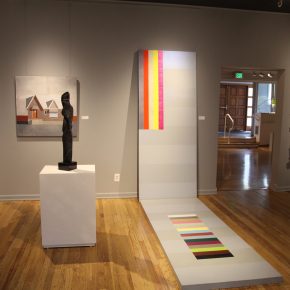 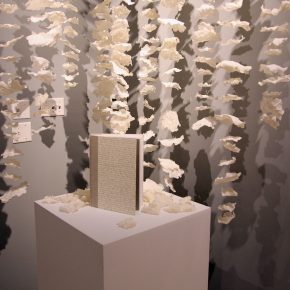 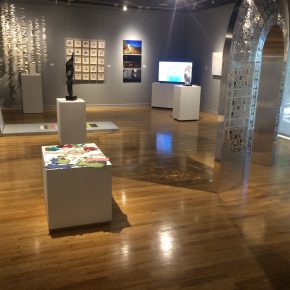 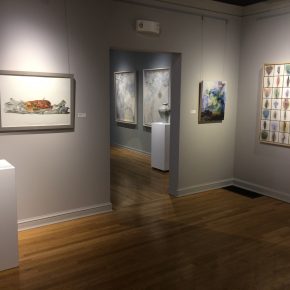 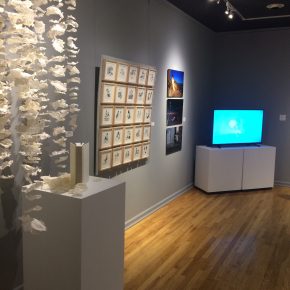 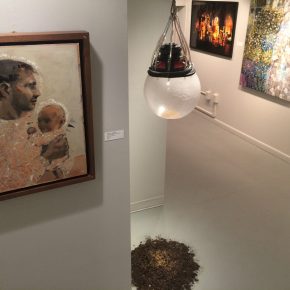 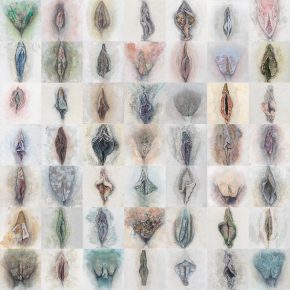 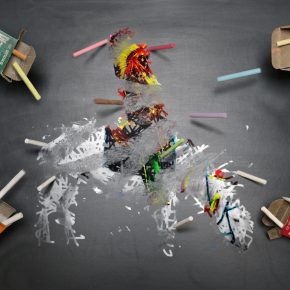 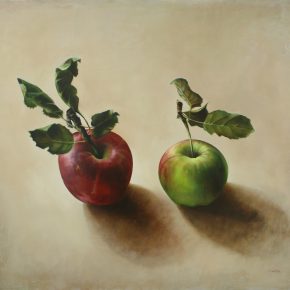 Thanks to comments sections, opinions on art are less than a dime for more than a dozen. In spite of this glut on the market, Artists of Utah board member Stefanie Dykes asked me to share mine on the occasion of their latest incarnation of 35 x 35, Utah’s triennial+ of young local art. I’m an advocate of transparency so I have to divulge a couple facts. I was featured in the 2009 iteration of 35 x 35 where I was generously granted a People’s Choice award. Seven years hence, I live, teach, make, and facilitate exhibitions in Portland, Oregon. My own work tends toward the interdisciplinary, lately intersecting performance and interactive media. I tend to enjoy art that’s conflicted, honest, and privileges idea over form. I have my biases, which I say to disclaim an interest in speaking as some ersatz comprehensive art authority. Call this peer review, and if this doesn’t resonate, well then, you just do you, boo.

If you have yet to see the show, please do. Much heart went into bringing together so many, and systems of artistic emergence are only buoyed and redirected through participation. The show is designed to offer something for almost every taste by condensing a critical mass of disciplines into a kind of generational salon. Younger than Jesus in Zion. Artists of Utah offers no concise curatorial through-line, and plenty of hooks (or loose threads, depending). As such, trying to roll the entire show into a pithy State of the Union is untenable. Invariably though, patterns emerge and with all of Salt Lake’s recent cosmetic changes it’s fascinating to see what cultural reflections are mirrored and what remains below the surface.

I’m most struck by a feeling of internal tension, of growing pains, and the recognition of differences that defy reconciliation. A standout tone-setter is Allison Leialoha Milham’s sophisticated multimedia work on the wages of colonialism in paradise. Through music, text, and package design she chronicles the indigenous habitation, colonial defilement, and American annexation of Hawai?i. Her work is delicate, and muted in palette; it doesn’t scream its indignation but it says what must be said. Similar territory is mined in Max Rosenzweig’s photo manipulations on the cultural heritage of the American West, although with less evident (less present?) critical intent. Western anxiety is brought to the present-day home-front in Caitlin Connolly’s painting “Waiting for the Home to Grow” and Salt Lake mainstay Justin Wheatley’s “Looking for Something,” both of whom employ an isometric abstraction to trouble a fundamental lack amid suburban abundance (Connolly was unable to make it to the artist talk due to traffic, the commute claims another skilled artist).

More than just the inadequacy of the home, there is a substantive thread around the challenges that home life imposes on de facto homemakers and on women’s lives in general. Through stream of consciousness text narrative and photo juxtaposition Sarah May places the viewer squarely within various versions of the gaze. Tatiana Larsen’s videos offer a parallel tense, even antithetical, relationship to motherhood; although for me, her sound sculptures are the more compelling forms. Varying shades of feminine identity/genitalia are sketched out in Jacqueline Secor’s “Diversity of Nature” and we see diversity compared apples to apples in Tyler Swain’s “Coexistence.” For me though, both pieces lack the risk of vulnerability on behalf of the artist that advancing equity asks of us. Where Milham’s research digs into brutal historical truths and lays them before the viewer, Secor and Swain let the viewer off with an easy congrats.

The bookend for Milham’s physicality is the ephemerality at play in Justin Watson’s video “No Land Island.” Watson lets us know that in the collapse of IRL into URL the title can alternately be parsed: No Land Is Land, and therein lies the key. Watson’s content feels fresh for the region, musing anxiously on the shifting nature of home, place, and ultimately self in the context of digital sublimation. Where Milham speaks to the loss of a very real place and its people, Watson intones the impending unreality of places and people in general. Other disquieting intensities alight on Connolly’s “Portrait of a Demon,” Lisa Crosby’s “Please Don’t Take the Sunshine,” Michelle Montrose Larsen’s “Tainted,” and Cody Chamberlain’s “Desert Wake.” In the light of these works it’s hard not to see a darker hue in the beatific glow of more quintessentially Utahn works like Sabrina Squires’ “Paradise,” and Colby Sanford’s earnestly sentimental paintings.

Despite the clear patterns, there are some questions that are raised, but remain under- articulated in this edition of 35 x 35: What does it mean for young artists to reenact modernist projects? What does an affection for craft mean in 2016—both in the sense of technical achievement and utilitarian form? Is there a distinctive progressive regional voice that Salt Lake can cultivate and retain on its march to becoming a city, or will the town render into one of Watson’s islands?

For me the strength of a show like 35 x 35 lies less in its capacity to take temperature, than to incubate. If artists in Utah are waiting for validation from without, then for most the wait will be long, if it comes at all. What strikes me as vital about Salt Lake City, and many small cities in the American West, and Midwest, is their capacity for possibility. Portland is in the midst of a well-publicized economic shift—creating a dire shortfall of affordable housing and forcing out many artists. The scene that has, up until now, been definitive of Portland (DIY artist-run venues, alternative exhibition spaces in living rooms, cars, closets, and there-and-gone performance and social practice interventions) is repeatable. The primary requirement is the energy of artists to coalesce, cross-pollinate, and take risks together. The most significant conversations in 35 x 35 are the ones that will be carried on beyond the length of the show. In this way, loose threads might best be regarded as fresh starts.

35×35, Artists of Utah’s showcase of young Utah talent, continues at Finch Lane Gallery through September 23. An award reception, including a celebration of 15 Bytes’ 15-year anniversary, will be held Friday, September 16, 6-9 pm.