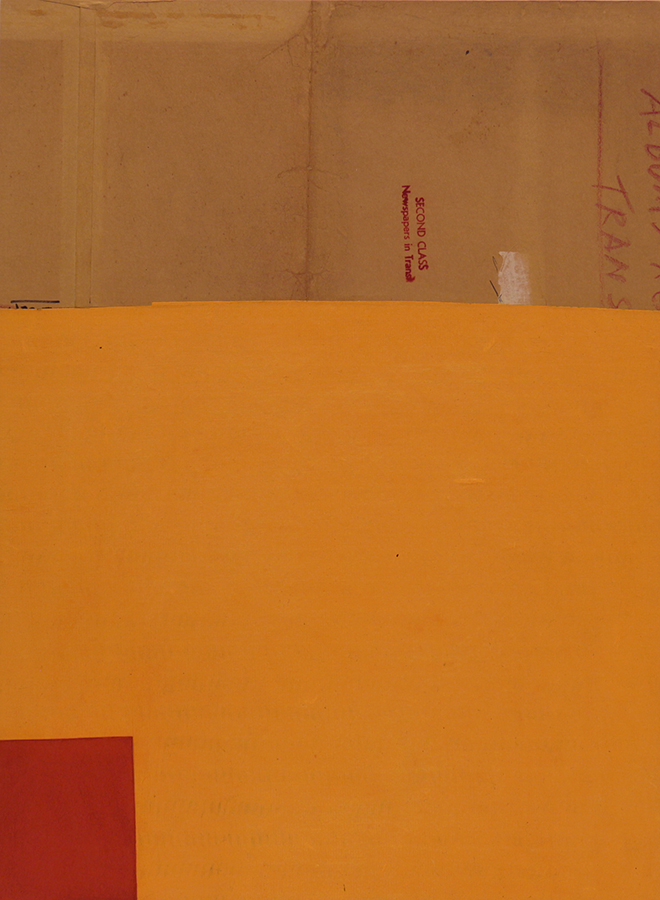 Liberty Blake makes music with visual art. The UK native turned UT resident blends together pieces of found, salvaged and purchased paper to create works of simplistic profundity. Her current show at Phillips, in which more than 20 new works are displayed in the downstairs Dibble Gallery, are not concerned with a maximum of materiality; but rather with what can be addressed with the subtlety of an artistic language that depends on slight shifts in tone and balance. The weight of her balanced forms and juxtaposition of her multihued palette, from brown packing paper to pastel-toned art paper, create compositions that are almost as pure as the formlessness of the sounds of music, and are as fine and rhythmic as a melody, and stir the sensibilities on so many levels, again and again, and deeper and deeper, with each new engagement.

Although it is a visual language Blake is articulating, with its own visual vocabulary, the works sing in such a way that it might be best to describe them with a musical lexicon. These collages are full of notes, sounds, rhythms and intonations and function in terms of resonances and cadences, hitting crescendos and vibrating with either melancholic or dissonant jubilation or ecstasy.

Like a rhapsody in slate blue, Blake’s “Discards” harmonizes the coarse and rusty brown of a paper bag with the slate blue rectangle that holds the work’s bottom left. With the excitement of the highlights of vibrant white notes at the bottom showcasing the blue text and a bright red flourish, “Discards” resonates on the mind and the imagination and plays on the strings of the soul.

The coolness of chocolate brown layered smoothly over a ruddy mustard paper in “Insert Bottom Edge” creates a pleasing harmony; yet the brightness and boldness of the great zone of dominant red soon makes itself known, in a melancholic and moody aggressiveness that asserts itself in an oblique way, like an allegretto in a concerto by the likes of Beethoven, Corelli, or Bruckner.

“Chapter IV” might be thought of as an Austrian waltz, sweeping the viewers away in a field of emotive red, caught in the sway of the moment and driven by the ethereal blues that are only suggested in a sensual way through a plane of differing tonalities. And all is brought in harmonic unison as the fiery and ethereal emotions are soothed and placated by the calming and restful zone of white at the top that brings all elements of this waltz together in a field of Austrian edelweiss.

“Field St” is an apt angle from which to view the cleanliness of Blake’s work, as a metaphor for visual music, something as rapturous, as pure, as soulful, as pristine, as elemental. The precision of line, the episodes, passages, shifts, collisions, eruptions, encounters, measures, the hushed and muted silence, are all the stuff that music is made of, or at least, the stuff that the experience of music is made of.

If “Field St” is a prelude then “One” is a full symphony. Here the metaphor of music, the experience of music, may be taken to the fullest extent, and it can be seen how Blake’s work sets the mind alight, with the most reduced purity of compositional elements, just as a symphony is a compendium of notes and sound. But what is experienced is something bigger, effulgent, something that allows the mind to be transported to a place of harmony and rest, but experiencing at the same time a powerful drama of actuality of being, having been effectuated emotionally, spiritually, and intellectually, by the music.

These works have the ability to set the mind alight, adrift and aloft to a place where it may be at liberty to engage in the sensible movement of visual music, to bathe in refreshing color, transitions, juxtapositions, contrasts, compositions and harmonies. This is much of the simplistic profundity of the work of Liberty Blake, a work so appealing and so enigmatic and functioning on so many levels, to compare it metaphorically to an art with the purity and enigmatic quality of music seems appropriate. But this is not to diminish the unique quality, substance, freshness and sublime beauty of what Blake does, which is create an art happening with an astonishing simplicity and buoyancy that allows the mind freedom without domination. 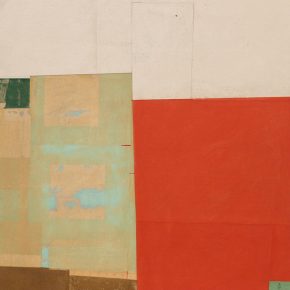 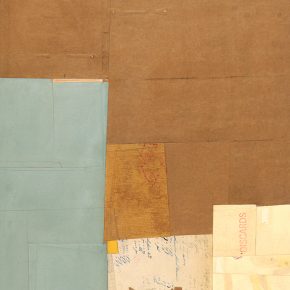 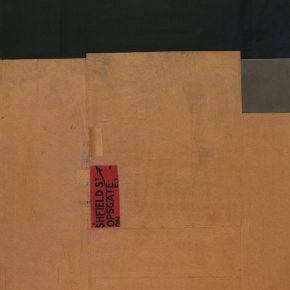 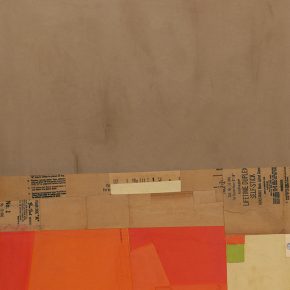 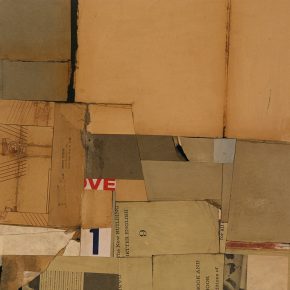 The collages of Liberty Blake are on exhibit at Phillips Gallery through April 10.