Visions of Grandeur: Art of the National Parks at Split Rock Gallery 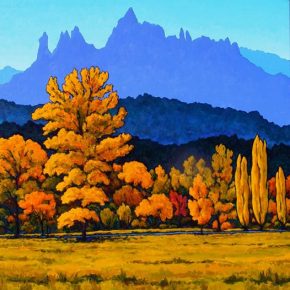 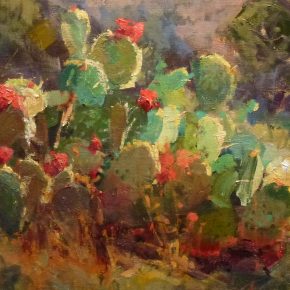 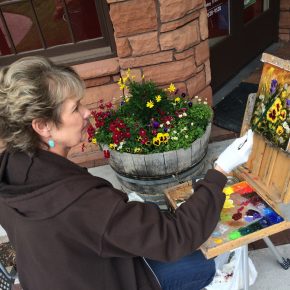 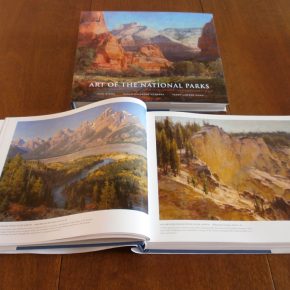 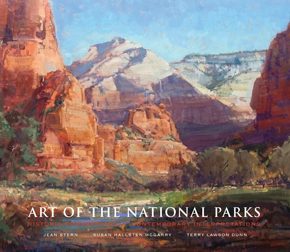 Last year in June, the University of New Mexico Press published a 432-page coffee table extravaganza devoted to artwork depicting the nation’s national parks, which seems appropriate since it was in large part due to the artwork of nineteenth-century painters and photographers that Congress began passing legislation to protect public lands and to create the national park system, beginning with Yellowstone in 1872. Art of the National Parks features more than 450 works by 70 painters and sculptors revelling in the visual splendors of Acadia, Everglades, Grand Canyon, Grand Tetons, Rocky Mountain, Yellowstone, Yosemite, and Zion.

Among the artists featured in the Zion section are Utah’s Roland Lee, Royden Card, Arlene Briathwaite, Ron Rencher, Kathryn Stats and John Cogan. Works by these artists have been gathered for an exhibition at St. George’s Split Rock Gallery celebrating the books and the parks it honors. These works are joined by that of two other artists — Joshua Been, featured in the Rocky Mountain National Park section, and Linda Glover Gooch, featured in the Grand Canyon National Park Section.

A book signing and Open Paint Event took place in April, and on May 2nd the St. George Art Museum hosted a free public lecture. A second lecture will be held this Friday, May 9th at 7 pm.

The exhibit continues at The Split Rock Gallery in St. George through May 17th. Sales benefit the Youth Education Initiative in Zion.