Views of the West at David Ericson Fine Art

David Ericson says each of the three artists in his current show, “paint what they see and paint what they experience.” Views of the West, up through May 17, provides ample representation from these three contemporary landscape artists — G. Russell Case, Michael Workman and George Handrahan — demonstrating both their passion for the wilds of the West and their love of the brush. 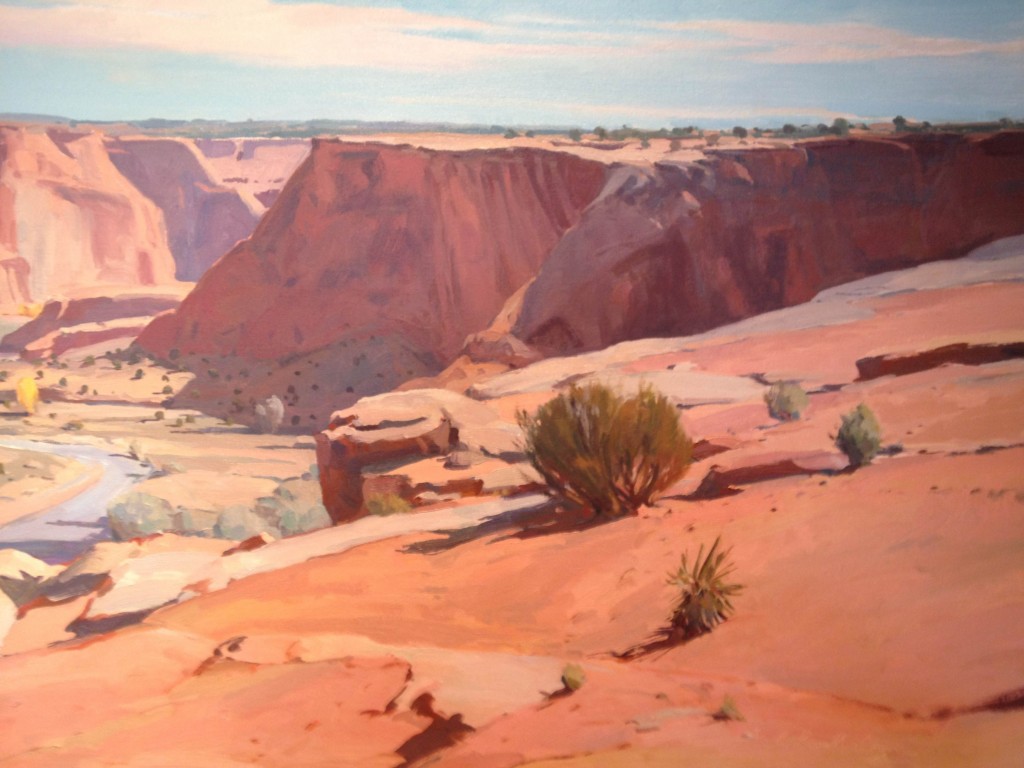 G. Russell Case is from Brigham City, where he learned to paint from his artist father before studying at Snow College and Utah State University. Case spends as much time as possible out of doors. He paints on-site exclusively and has been an avid fisherman and loves the hunt. This deep relationship with the land results in the gentle intimacy of Case’s paintings. Although Case’s palette might at times be bold and his shapes aggressive, there is a softness to his edges and a comforting warmth to the boldness of his colors.  His approach to the land, in every case, creates a vision of gentleness imbued by a sensitivity and depth of relationship resonating from the land he paints. 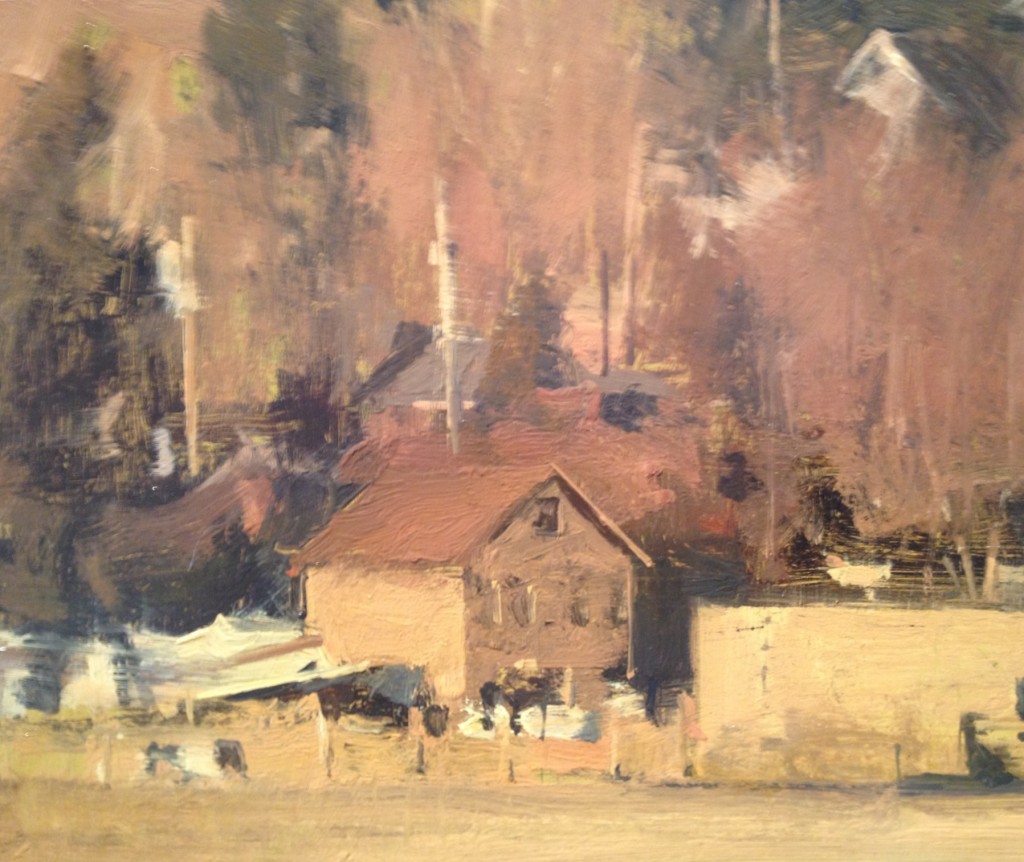 Michael Workman hails from Spring City.  He holds an MFA from BYU.  He is what is termed a “tonalist,” an artist whose color palette is held within a limited range of tone.  This does not mute the composition but creates one full of interesting nuance and character.  The artist’s “Old Farm with Boat” is one such image, where the limited palette creates expansive interest.  The wispy wintery trees are highly nuanced with a fabric of branches yielding subtle and luxurious ambers and violets.  The rustic quality of the farmhouse is emphasized as is the dividing wall and decaying fence against the arid field.  The effect is nothing short of “picturesque.” 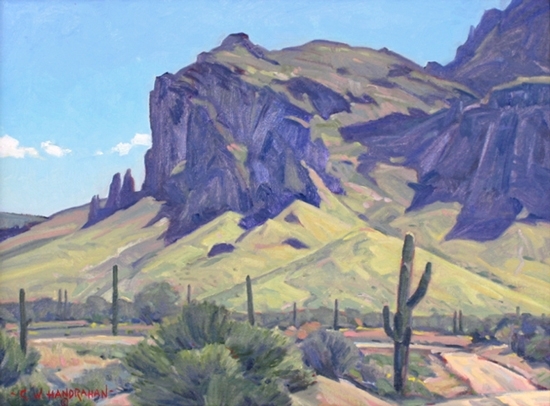 Kaysville resident George Handrahan studied at Weber State and after many years as an illustrator and as a mapmaker for the US Geological Survey, he has devoted the past five years exclusively to painting. As a follower of the structural work of LeConte Stewart, Handrahan is inspired by a Utah form of cubism that, like the prototypical, is deconstruction of form. A piece like the vigorous “Superstition Mountain” breaks up craggy form to create an even more intense mood and feeling of monumentality. But at heart, Handrahan is a craftsman, bringing his years of technical structural design expertise to these well-honed compositions.

Views of the West gives us the iconic western landscape seen through the personalities and visions of three important artists. It will make you see and want to experience the landscape anew.

Views of the West is at Salt Lake City’s David Ericson Fine Art through May 17.