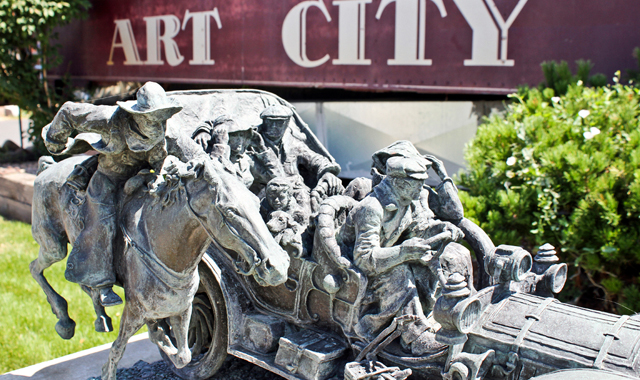 Call Springville Utah’s “Art City” and you’re likely to raise some objections. Salt Lake City certainly has more galleries, artists and museums than Springville. And even among the state’s small towns other contenders might feel they deserve a shot at the title — Spring City, for instance. But Springville has claimed the sobriquet, and emblazoned it on private businesses and city institutions. A lot of that claim comes from the Springville Museum of Art, the state’s earliest and still one of its largest museums; walk along the town’s State Street (or even its side streets), however, and you’ll find plenty of additional reasons (many of them in bronze) to consider the quiet Utah County town “Art City.”