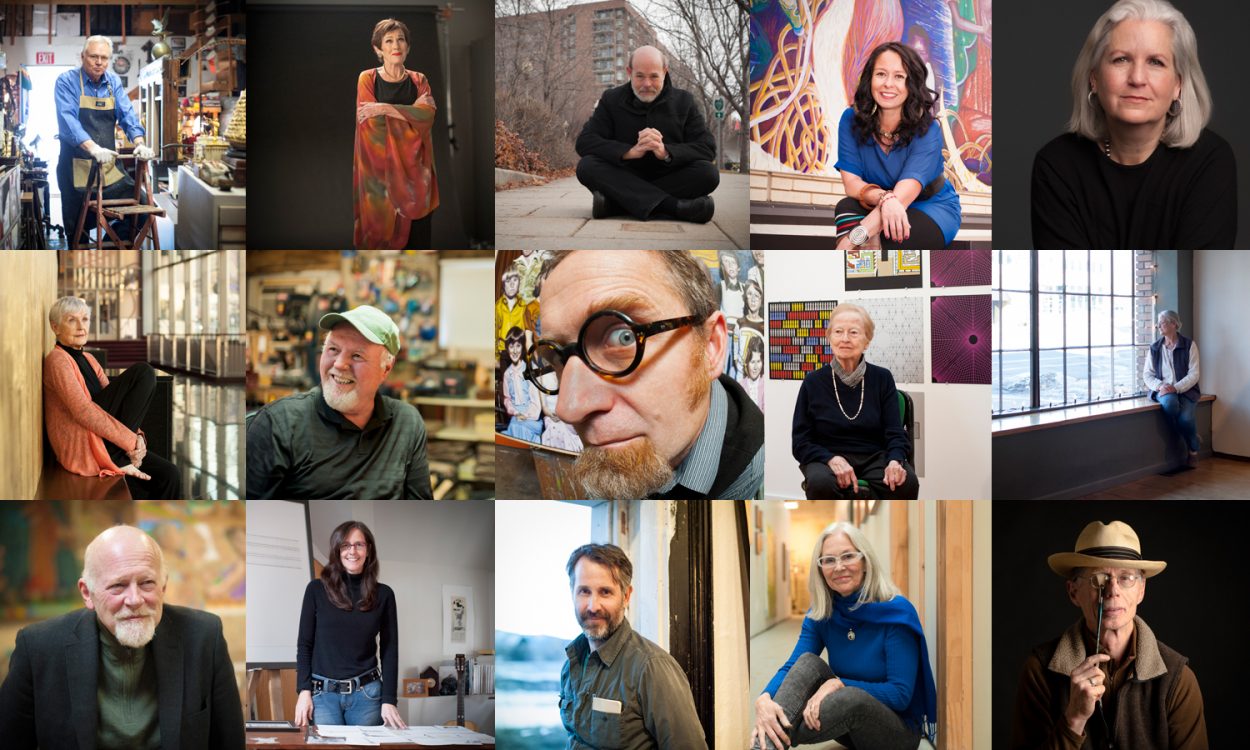 UTAH’S 15, our program to recognize and honor the state’s most influential artists, RETURNS. And we need your help.

It was five years ago. Laura Durham had an idea: ask people to think about who they felt were the state’s most influential artists.

At the time, Durham was working as an arts administrator for the Utah Division of Arts and Museums. She was tired of always having to justify or defend the arts community, so she wanted to get people thinking about how artists have influenced the cultural landscape in Utah. Utah’s 15 was born.

We asked the public for nominations for the honor, saying, “these are not necessarily the ‘hottest’ artists, they are not the most ‘honored’ artists, but these are the artists who make a difference in Utah.” We left it to the public to decide what they felt “influential” meant. We wanted these artists to be nominated by their peers, those that, as we said at the time, “see the ‘every day’ situations and projects our artists engage in. Artists are not only thinkers and creators; they are collaborators, builders and leaders.”

We received almost 100 nominations. We then asked a pool of 200 people — artists, writers, administrators, patrons — to winnow the list down to fifteen.

At the beginning of 2014, we held an exhibition to honor the artists at Rio Gallery (it was, to put it mildly, packed). We also published a book telling the stories of these artists (it sold out).

Five years later, we’re back with round 2 of Utah’s 15.  Once again, we’re asking you, our readers, to tell us,

Who are the most influential artists in the state?

Influence takes many forms, and we’ll leave it up to you to argue for how your nominee has been influential. We embrace all artistic fields from the visual and literary to the performing arts.

To nominate an artist, please email the following, with the subject heading “Utah’s 15” to editor@artistsofutah.org:
Your Name

Biographical Information about the Artist

Links to relevant websites, articles or other information about the artist.

MOST IMPORTANTLY: Please provide us at least one paragraph describing why YOU think this artist has been influential on the cultural landscape of our state. Artistic value is important, but we hope you’ll also identify other ways they have been influential.

Nominations must be received by May 1.