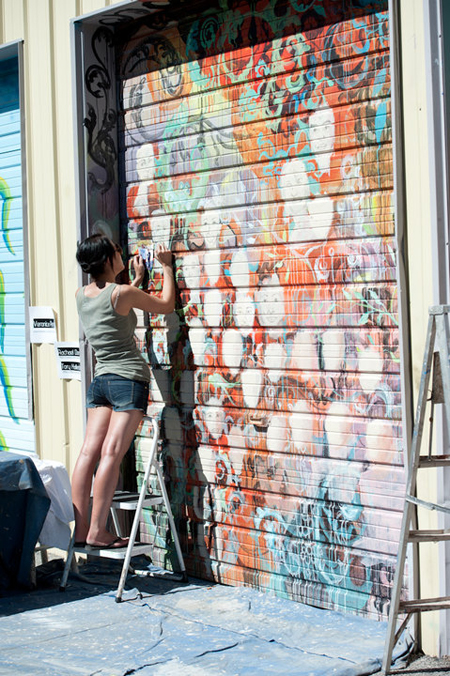 Art galleries can turn up in unexpected places. If you happened to stop by the Neighborhood House on September 17th or 18th you saw the latest incarnation of Urban Gallery, a collaboration between the west side day care center and Salt Lake Art Center’s 337 Project, where nine teams of artists painted visually stunning pictures on garage doors.

Over 1,000 people came by during those two days to watch the artists work. Spectators from all walks of life saw the creative process unfold, they stopped to chat with the artists, and there was a general sense of wonder at the artwork coming to life.

Adam Price, Executive Director of the Salt Lake Art Center and Founder of the 337 Project said, “One of the things I like most about Urban Gallery is that it allows the audience to see not only a finished work of art, which is the kind of experience that you typically have in a museum or gallery, but also the process by which those works are created – which for most people is a very rare opportunity indeed. Over the course of 18 hours, visitors to the Urban Gallery get to watch nine large-scale works of art come into existence.”

At the end of those 18 hours $2,000 in prize money was awarded. Kier Defstar won the jury prize with a large scale portrait of Gandhi surrounded by people from the Urban Gallery neighborhood. Zachary Proctor walked away with the audience choice award for his painting of a young boy playing a magical harmonica. The music coming from the instrument carries pictures of childhood memories including Darth Vadar, popsicles, and Legos. 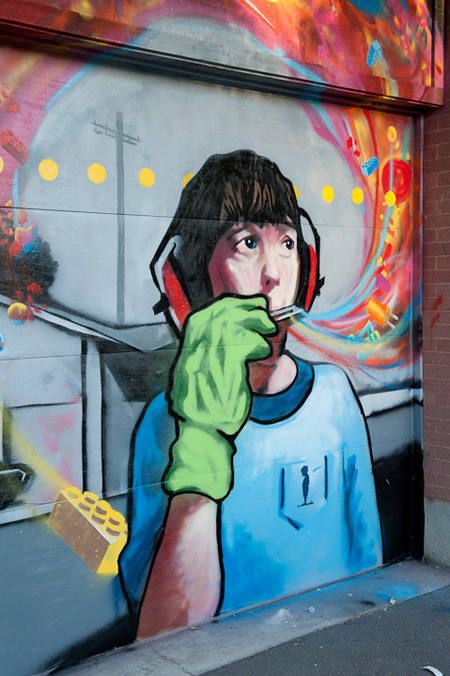 Price encourages people to view the finished work at Urban Gallery, “to see amazing art that transforms the fabric of our community! This year there are some really amazing pieces including a lamb mandala and an urban landscape that depicts the view of downtown Salt Lake as seen from the West side. There is also an extraordinary diversity of artistic background, including graffiti artists, figurative artists, abstract expressionists and more.”