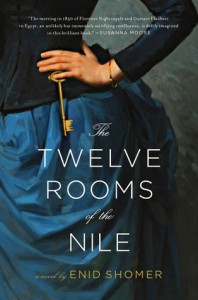 Some literary critics resisted the relatively recent introduction of historical characters into fiction, while others cited such auspicious precedents as Napoleon’s appearance in War and Peace in its defense. The fictional purists lost the battle, and a trickle of novels like E.L. Doctorow’s Ragtime, in which Harry Houdini and Emma Goldman appeared beside completely made-up characters, became a flood in the era of Post-modernism. Eventually, literary figures old enough to be out of copyright were lifted too, so that the lives of beloved characters—suspended by their creators so that readers could imagine their own endings to the story—were spelled out for an audience that had lost its power to dream. In time, everyone from Elizabeth Bennet to Abraham Lincoln was busy fighting vampires, werewolves, or zombies. The perfectly-timed rise of the Internet, like the earlier invention of the camera, lowered the bar to the point where even books still in copyright became raw material for lesser writers to re-imagine, a trend that climaxed in the 50 Shades Trilogy, wherein the thinly disguised Twilight novels have their missing erotic dimension restored.

Such Mannerist characteristics as parody and rapid progress through genres have historically indicated the end of an era, a time when less ripe examples of the trend struggle for attention. That may explain the relative lack of attention for a far more interesting venture, Enid Shomer’s Twelve Rooms of the Nile. Based on a handful of Victorian journals and such surviving records as early Baedeker’s and similar primitive travel guidebooks, this novel imagines what might have happened during simultaneous forays among the antiquities lining the Nile River that were actually undertaken in 1850 by Florence Nightingale and Gustave Flaubert. Where books that hijack fictional characters can change their stories any way they want, these events, early in two of the better-known 19th century lives, face far tighter strictures. The dates and itineraries of both are known, as are some events and details, but while nothing documents their encounter, neither does the record prohibit their having shared an adventure. The challenge for Shomer was to craft a story that fits the known facts and, instead of reconfiguring what these two remarkable figures subsequently achieved, sheds light on how they became who we know them to have been.

At first glance, Nightingale, the virginal icon of feminine service, and Flaubert, one of the most notorious libertines in a place noted for sexual indulgence, are an unlikely pair, and to her credit Shomer pulls no punches in presenting them. Flaubert, recently under the influence of a shallow spirituality, has spent years writing a book about St. Anthony that his friends consider so bad he should burn it, not rewrite it. His response has been to throw himself into sensuality as if there were no tomorrow. Nightingale, convinced of God’s plan for her, has declined to marry and spends her considerable energy seeking something that looks enough like a calling. Even their encounter, on a choked road, points up their differences: when a pair of intoxicated Frenchmen open fire on birds from a busy road, terrifying their fellow travelers, the quintessential English maiden censures them. Thus their story begins.

Ah, but our author sees these two young, talented persons more accurately than the iconic images that have come down to us. Just how they might appeal to each other, and what each brings to the table that the other is lacking to be great, and why their collision has remained secret, are the business of this story, ornamented with a meticulous reconstruction of Egypt at the dawn of its rediscovery, just as the Rosetta Stone was enabling the lost culture of the ancients to finally be understood. Clearly, Enid Shomer has written Twelve Rooms of the Nile as another kind of Rosetta Stone, to enable reconstruction of two remarkable persons who, no less than the civilization of Egypt, have been lost to us through a century of admiration for what they achieved.

—————————————–
Look for more recommendations from our writers’ summer reading lists in the September edition of 15 Bytes.