In his 2012 collection House Under the Moon, it’s clear that poet Michael Sowder has suffered for his art, as spiritual seekers do. The first section (“Homecoming”) starts with a kind of post mortem of the life previous—another marriage, a father whose marginalia in a book sends the mind reeling in memory and loss, perhaps old systems of thinking, feeling and believing. The direction is linear, forward in direction, away from something and home to a new hearth that in the second half (titled “Housekeeping”) becomes eastern, circular and curiously joyful.

This book circles back on itself, devouring its own tail, elevating the reader through language and image, literary/mythological/religious references and the personal to arrive at a proposed existence in which “only dancing/will make sense,/breathing Her breath,/His, until you find yourself/looking out the irises/of every stranger’s eyes.”

Sowder’s work here is also intensely domestic, many of his poems about raising, as a mature man, two young sons who, are, variously, talismans, mirrors to the poet’s internal landscape, and the embodiment of both God and the universe. In “December, Hiking with Aidan, Eight Months Old,” fathering is a practice

…but not much
noble silence. Instead, I attend to
fist-clenched panics and moon-mouthed
emergencies.

And in “Hiking at Oselong, Tebetan Buddhist Monastery of Andalucia,” again with his son, he is quick to exult, “It’s like we’re in the Home of the Immortals./The Pure Land of the Bodhisattvas!” but then doesn’t hesitate to tell us, after he trips and the two of them somersault down into a critical heap, that “Even in paradise,/you have to pay attention.” And yet even crumpled together in what could have been a disaster, this fright makes electric life and the world: “True north everywhere.”

The squalls and temper tantrums, the doubts and the dangers of keeping house—keeping life—resolve again and again to the poet’s corrective to let go, to breathe, to…dance. And it’s both exhilarating and, occasionally, a little too self-centered. But in the end, this is if far from a celeb’s “how-I-am-glorious-me” tome. For one thing the language is always fresh—even revelatory– even if the references to rishis of the Veda, Simone Weil and esoteric books on eastern religion start to pile up.

The form and tempo of these poems vary from a vertical, mostly one-word line shape poem (“Into darkness”) to the arresting “Note to Self” whose lists accelerate in the head like the voice of a slam poet:

Only when you take the job of janitor, your name
Scrawled in an unknown tongue above the door

Of a room in Her temple of the dawn
Will you ever redeem your forfeit life.

Together the poems often articulate recurring themes–that the poet (and presumably to whom he speaks) must arrive at “…the country/where what is inside me/can be born inside You…” and “…to learn/to break a fall by letting go/of what you want.” And yet these themes, all tributaries to becoming one with God and the universe, thread through varied contexts: means of suicide (“Checking Out”), re-birth and love (“Ever Since,” “When I First Pulled Onto the Highway of Love”), marital conflict (“When You leave my house”), even a prayer (“Aidan Looks at the Moon”).

And, at the book’s end, looking backwards, the effects have been sublimity, delight. It has been a recounting of how we somehow emerge from old life that has been painful and dark, confusing and self-destructive. The trouble that the poet has experienced, including, at one point, a kind of perverse penance he alludes to in an earlier life passage, seems to burnish him, propel him forward, bleed new life and new light.

In the 7-part “Delicate,” one of the more memorable poems of a categorically memorable book, the verse moves from macro to micro and back, beginning at the speaker’s son’s blue eyes above the mustache from mother’s milk, to the “just weightless architecture” of the vaulted night sky to a wife and mother lying injured on the side of the road to the brutal wildness of orphaned fawns “crying in ferns by the trail./Spotted, tiny, crying out./To us?/To the world?” to the emergency medical technician with a blanket to the next morning with boys “drink[ing] milk and honey from sippy cups” to…well, to all of it, converging as it only can in good poetry:

Our boys’ voices, the warmth
of our bodies, a house finch’s song, Jennifer
opening the door, her beauty,
fragility, all held lightly, none of it
ours, cared for, vanishing.

House Under the Moon 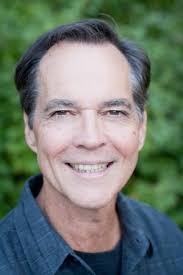 Michael Sowder is a poet, writer, and professor at Utah State University in Logan where he lives at the foot of the Bear River Mountains with his wife, writer Jennifer Sinor, and their boys, Aidan and Kellen. His first book of poetry, The Empty Boat, won the 2004 T.S. Eliot Award and his chapbook, A Calendar of Crows, won the New Michigan Press Award. His nonfiction, which explores themes of wilderness, poetrics , and spirituality, appears in Shambhala Sun, The Wasatch Journal, and several essay collections.

Raised in an Irish Catholic family, Michael Sowder was trained as a meditation teacher in a tantric yoga tradition in the 1970s and subsequently practiced meditation in Buddhist and Christian mystical traditions. He is the founder of the Amrita Sangha for Integral Spirituality, an organization that explores and teaches the practices of the world’s contemplative traditions.