Trent Alvey Cleans Out Her Closet for A Career-Spanning Retrospective 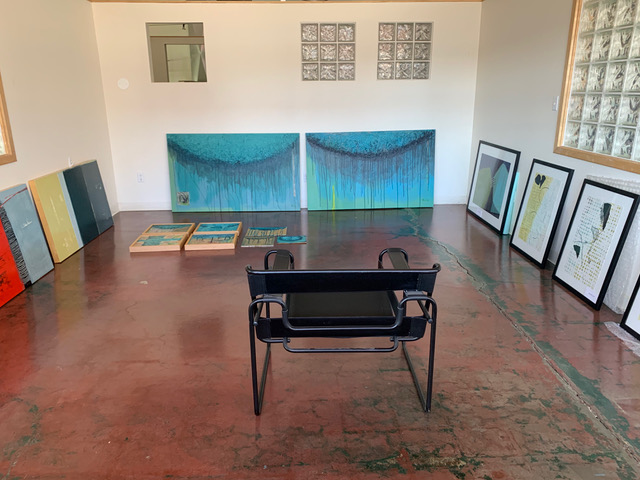 Room view of paintings (on the left and end wall) and monotype prints (on the right).

Looking ahead to retirement some years down the road (her husband’s, that is; artists just don’t), Trent Alvey knew that the office building the couple had invested in near West High in Salt Lake City’s Marmalade District would go on the market and the massive amount of her work housed inside would have to be dealt with. When the corner building, with its signature red awnings, indeed sold in late June, Alvey was forced to get her butt in gear.

The veteran artist decided to throw herself a little retrospective before the wide variety of work, created over three decades, was sent into storage — “to die,” as the artist views it. The event came together rather swiftly (there were a couple of date changes involved), so some interested folks missed the sale as a result. But you can watch a short video of some of the work in the retrospective and seeing it here will be almost like you were there.

Except, that is, you’ll need some grapefruit Bubly Sparkling Water for the total immersive experience. It was provided for visitors by Courtney Derrick, a former private student of the well-known and respected painter Randall Lake. She had a roomful of work alongside Alvey’s: Derrick’s florals, particularly a vase of fading pink roses, and her landscapes, were a joy. She is the artist who created the imaginative paintings in the now permanently closed downtown restaurant Pallet – her portrait of Porter Rockwell there was a standout.

Not all the artworks exhibited will have to go into storage. A few went to corporate homes, such as Huntsman Cancer Institute that purchased three monotypes, while the Springville Museum of Art bought three pieces to add to the neon work by the artist they already hold in their collection — a gift to SMA by Utah art dealer Dolores Chase. Others — more than 50 works sold — were purchased by individuals.  Victoria Panella Bourns, director of the Utah Division of Arts and Museums, added a rich and imaginative 30″ x 22″ monoprint to her personal collection. Bourns says, “It is a wonderful work and I have been coveting it for about three years [after it was exhibited at the 2018 Salt Lake City Library exhibition Alvey shared with her good friend, painter and filmmaker Claudia Sisemore].” The arts administrator offers that the title, “Symbiosis,” means cooperation in nature, rather than competition. 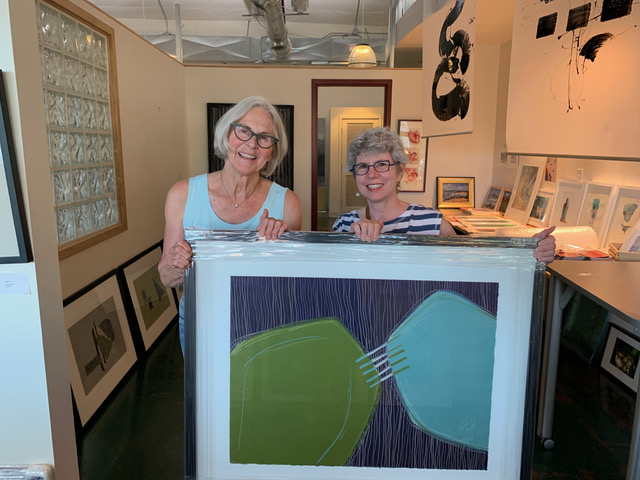 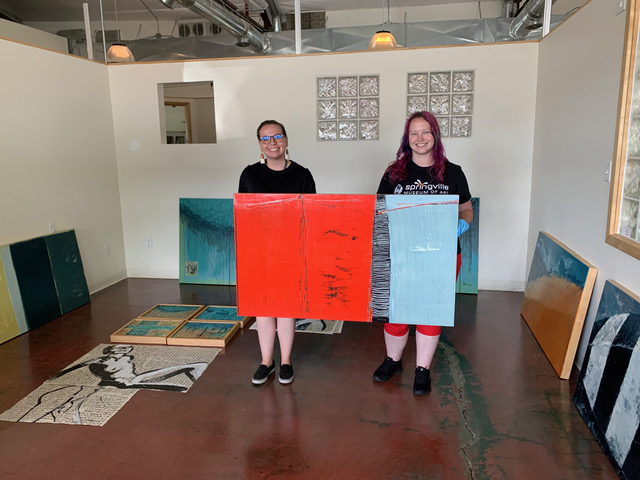 There was a room in the show devoted to two extremely large paintings in the 6 ft x 7 ft range that so deserve to see the light of day, but each requires a BIG wall — one is of Sandhill cranes, the other a landscape; plenty of space was given throughout the building for her abstracted monoprints; and a nook was given to the fetish dolls of Uganda (those were largely created by children in an impoverished school there and Alvey raised $5,000 for the students selling them at 15th Street Gallery. Some of her intriguing drawings of the fetish dolls remain for sale). A hallway held her Tibetan-inspired works, including three very large female deities, or Taras. Alvey’s work tends to convey a message – rarely blatant, but if you look for it . . .

She can’t help herself. It might be a generational thing. Born in Mount Pleasant in 1948, Alvey spent summers  with her family at the Mammoth Ranger Station where her father was a forest ranger on the Manti-La Sal National Forest. In 1960 he retired, and the family moved to Salt Lake City, where Alvey eventually would earn an associate degree in Graphic Arts Design from Salt Lake Community College, then double bachelor’s degrees at Westminster College in Art and Communication. She often has traveled to the wilder and poorer parts of the planet thanks to her husband, Dennis Sizemore’s, position as a founding executive director of the nonprofit Round River Conservation Studies, an ecological research and education organization with affiliations in Botswana, Canada, Chile, Mongolia – and even the Rocky Mountain regions of Montana, Idaho and Wyoming.

This writer was taken aback by the number of nudes in a roomful of some 60 pieces of figurative work. Not that they were nudes, but that Alvey had done them at all and, of course, done them so exceedingly well. It turns out she has been involved in this form of figurative painting for 20 years, since her days working at Westminster College as a graphic designer, where she studied with Don Doxey – including four days a week for figure drawing for four years — and later at Poor Yorick Studios, where she pitched in on paying a model whenever one was available.

Alvey is known for her wide-ranging personal and artistic interests and her capacity for bringing any of these concepts to creative fruition. Her retrospective featured numerous examples of her multimedia work in painting, sculpture, assemblage, installation, and, to a lesser extent, video and sound. 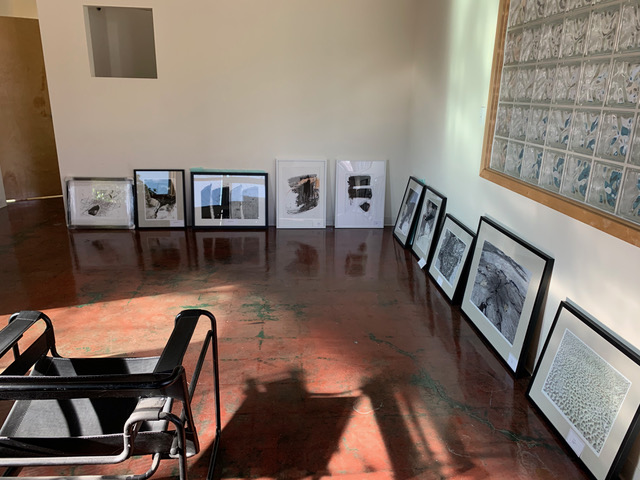 As 15 Bytes Editor Shawn Rossiter wrote so evocatively in 2005 on two paintings by this artist about winter and silence: “Alvey is still far from the winter of her life, but she is now a mature artist practicing a type of listening that ‘must be done by examining those [elusive], transparent moments that can only occur in winter’s silence.’”

Fall is fast approaching, winter following hard behind. These paintings should find what homes they can before the snow flies and hibernation becomes a necessity for them.

The retrospective exhibition and sale is closed but you can find work by Trent Alvey at trentalvey.com. You’ll also find her work at Phillips Gallery in Salt Lake City.