An Image Enters In: Tom Kass is a painter and an image of inspiration 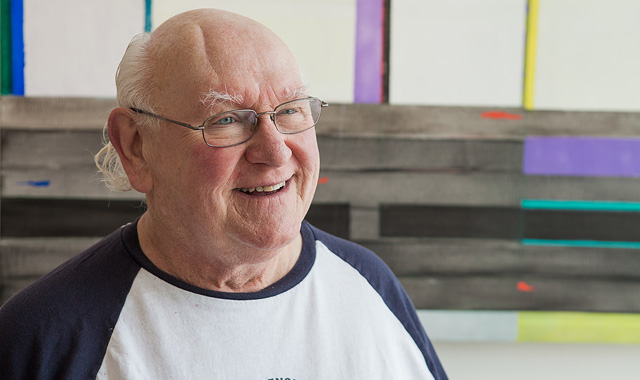 “Pound on the Star: invisible number signs
are realized; the capacities of an atom
are multiplying in space. The tone Shines.
And what here is ear to its fulsome
stream, is also somewhere eye: this dome
Arches itself somewhere in designs.”
Rainer Maria Rilke

Spending the afternoon talking with painter Tom Kass in his artist’s “grotto” is like walking a well-respected path through contemporary western culture and art history, – without leaving the comfort of Mountain Standard Time and the confines of friendly neighbors and family. Kass maintains an art studio in the basement of Pollard Architects — located at 256 East 100 South in Salt Lake City — a few doors down from the former Nostalgia Coffee and in the same building previously occupied by the famed Cosmic Aeroplane Bookstore. “Welcome to my Grotto,” Tom says as we descend into the basement of the sturdy, well-lit building. The Grotto is where his colorful, geometric abstract paintings are created.

Kass was born on the East Coast to a father who was a chemist/ lawyer and the son of the owner of the Grand Union Hotels in Albany, New York. He studied sculpture at Cooper Union — becoming one of the 2% of applicants earning a Certificate in Design in 1958 — before moving on to Yale, where he studied under the direction and recommendation of Josef Albers. Upon completion of his BFA at Yale, Kass went on to study sculpture at the University of Washington. There he met Robert Reed, who recommended Kass for a teaching position at the University of Utah. For 37 years Kass taught foundation courses in the Department of Architecture at the University of Utah in Salt Lake City. He is a firm believer in the study of a variety of disciplines and applied this concept rigorously to the architecture program at the U. He currently works as an architectural advisor to several architecture firms in Salt Lake City. He is a Professor Emeritus in the University of Utah’s College of Architecture and Planning, an ACSA Distinguished Professor and the recipient of the Distinguished Professor Teaching Award from the University of Utah in Architecture in 1979. During his long and tenured career in teaching in Utah, Kass spent quite a few years collaborating with Korean design professors, presenting lectures for the Royal Asiatic Society in Korea with titles like “ The Land of the Rainbow: Color In Korea” and “Visual Impressions of Tan/Chong (Red/Blue) Painting.

Kass creates paintings that are so subtle they seem to levitate in the spaces where they are installed. If you take the time, an amazing array of information, beauty and understanding starts to emerge. Kass is a fan of layering pigment and reworking a painting until it is solid and stands on its own. Since his background is in sculpture and he works in the field of architecture, he tends to think of the two-dimensional plane as a three-dimensional space. His work is influenced by the post-war art movements he was surrounded by in his early days. In 1972, Kass’s work was included in an exhibition in Seoul, where he used Korean calligraphic marks in conjunction with contemporary abstract painting — a style that encompasses the theories of Clement Greenberg but also makes a step towards the post-modern phase of art making seen in artists like New Zealander Max Gimblett.

While calligraphy represents motion, movement, people, and life, Kass’s work is also based on firm structure. Kass builds his work on the square. In a series of smaller, mixed-media pieces, the artist works with the “nine squares of Kass“ which is the artist’s version of the Lo Shu Square (a Chinese algorithm that incorporates nine squares into the application of Feng Shui to the flow of natural energy within a space). The rules that Kass builds upon seem contradictory to the freedom of expression one might expect to see from an artist. However, within these rules is where the most amazing creativity is happening. If you look at the color theory of Josef Albers, the confines of the square only provided a framework for the amazing experimentation and discoveries of color. Kass’s larger, square canvases, which reach up to three feet, are still quite developed and refined, but there is a bit more freedom about them: an overlaying and reworking of crisp color is slightly contrasted by the textured pile up of acrylic paints.

After looking at his impressive body of work and discussing design, art and a life shared with contemporaries like Gregory Gillespie, Eva Hess and John Hejduk, Kass and I emerge from the “Grotto of Kass” and head over to the Avenues Bistro on Third to mingle with the Salt Lake City locals. We enjoy a rare plate of finely cooked chicken livers (I had a ham sandwich) with lentil soup and a cup of coffee while watching a local artist paint a mural on the far corner of the restaurant. It is here that Kass talks about his experiences in Korea, when he spent days negotiating with Korean dignitaries only to be saved by the brightest and smartest students Seoul had to offer — they ended Kass’ multi-day residency negotiations with a few hours of determined conversation with the people in charge. Kass He also talks about his student Paul McCarthy and says that the best teachers let students choose their own path with no regard to what it is or where that path is going. “Like the good traveler the artist, architect or designer may have a destination- a plan- which he desires to achieve, but the plan should not be rigid in its conception,” he says. “It is the artist’s journey that is as important as his arrival at a final solution. During the journey the artist should be able to incorporate new possibilities that will enhance the goals of the project.” Kass talks about his family and I can see the inspiration he draws from these sources. Kass is a strong believer in a dedicated and persistent work ethic. The idea of “???????,” or “the fighter,” was instilled in him from his father and rewarded through success in academia. “In my work I struggle against the chains of preconception. I try to achieve a mindfulness that will allow the work and the unforeseen events to ‘operate’ within the process of creating the work.”

The life of Tom Kass is an inspiration. He makes spaces for people to live their lives — where movement, joy, stories and memories are made. After I dropped off Tom and he headed to his studio to get back to work on his paintings, he reminded me of this poem from Rilke (he draws the titles of his work from his favorite poets).

…As he paces in cramped circles, over and over,
The movement of his powerful soft strides
Is like a ritual dance around a center
in which a mighty will stands paralyzed.

Only at times, the curtain of the pupils
Lifts, quietly–. An image enters in,
Rushes down through the tensed, arrested muscles,
Plunges into the heart and is gone.

Tom Kass’s paintings are on display on the walls of Pollard Architects and were also recently exhibited at 814 Gallery- located a few blocks up the road at 814 East 100 South. 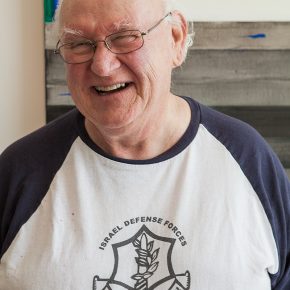 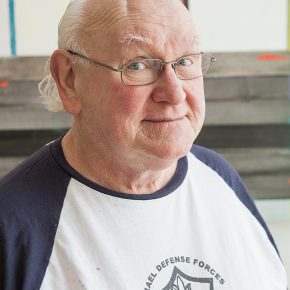 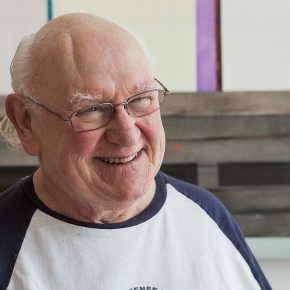 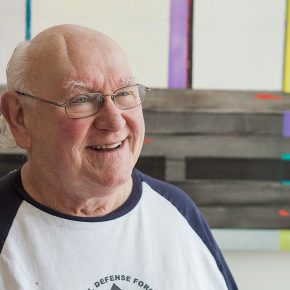 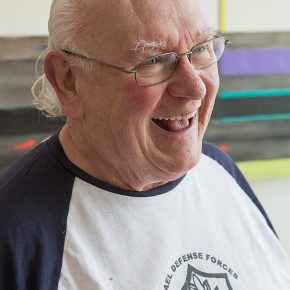 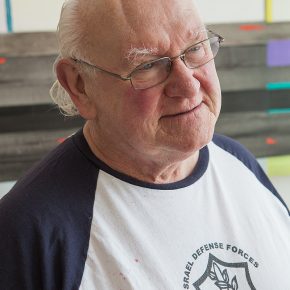 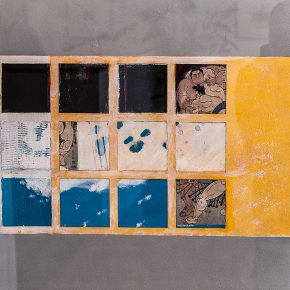 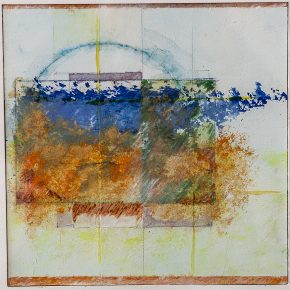 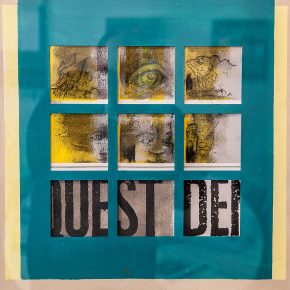 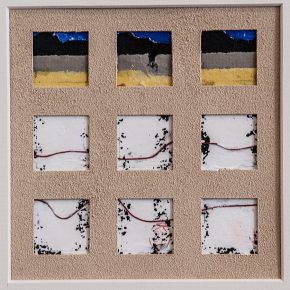 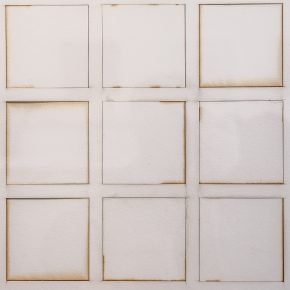 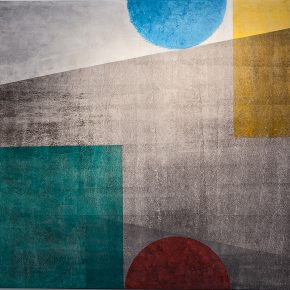 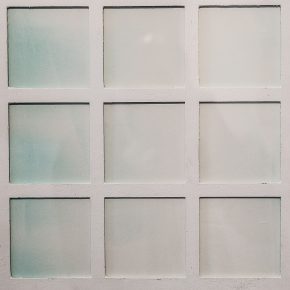 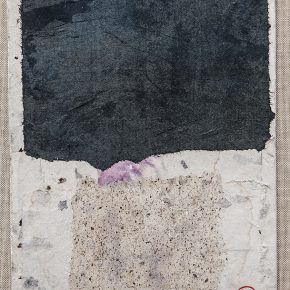 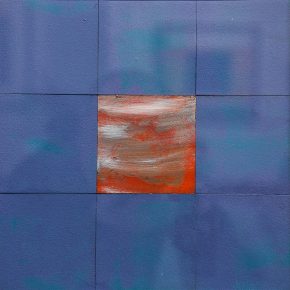 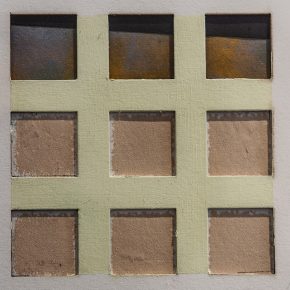 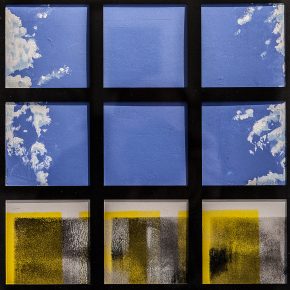 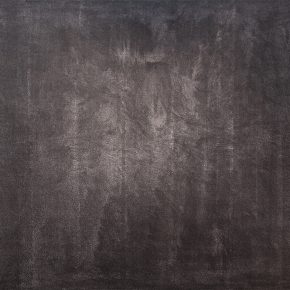 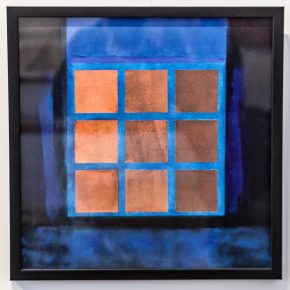 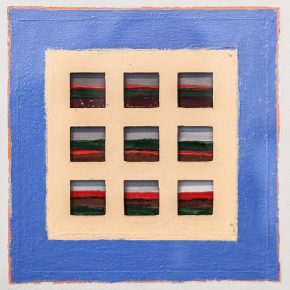 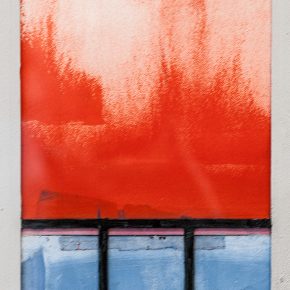 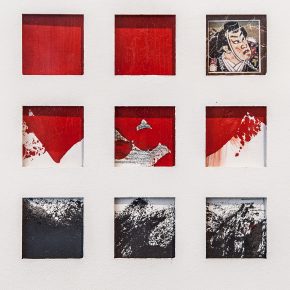 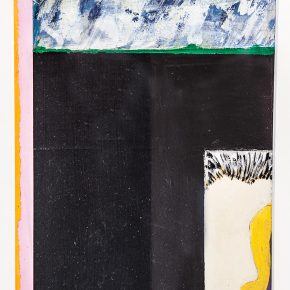 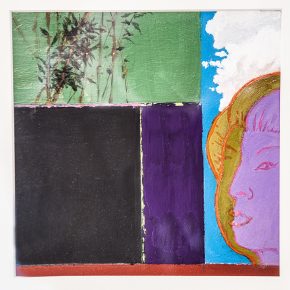