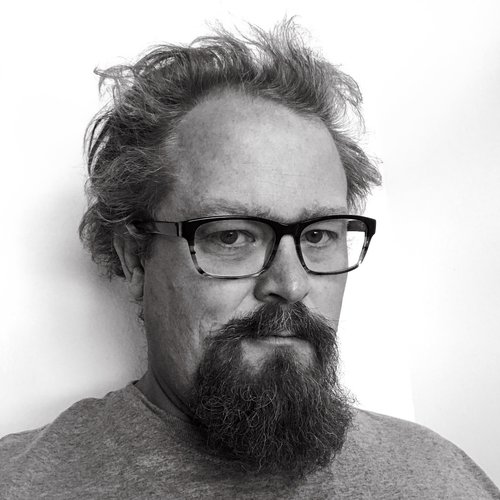 To do a profile of Todd Robert Petersen, author of the novel It Needs to Look Like We Tried, it is necessary to get the profile out of the way right up front. Taking him in from the side you first see the thatch perched on his head that resembles the work of a harried and lazy sparrow. A generous forehead drops to a mischievous bespectacled eye and a Viking nose. A noble jaw line leads downward to the edges of a perma-grin that are lost in a beard that appears to be the mother-in-law nest of the same hapless sparrow.

The Viking nose has not been DNA tested, though Petersen swears by it, as well as his leaning toward Scottish horse thief and French Huguenot. Yeah, I had to look that last up, too. No matter. Petersen prefers some mystery in his genetic makeup. A definitive profile might belie the nose. With his hair there is no question. It is pure avian. He has passed this to his offspring: “My 13-year-old son has hair that makes mine look like an old horse blanket. I swear, he’s like a mix of Chris Cornell and Robert Plant. Women stop him in the street to talk to him about it.”

“My favorite color? When I was a kid I was crazy about orange. Couldn’t get enough of it. My dad was a John Deere tractor salesman, and he kept edging me toward green and yellow. But I was all orange. Then I ended up going to the University of Oregon, and our rival was the Oregon State Beavers, whose colors were orange. So, I switched to bring my home life and school spirit into harmony. Now that I live in Utah, I’m back to orange.”

Petersen lives in Cedar City, and is a graduate of the University of Oregon, Northern Arizona University, and Oklahoma State. He is a professor of English at Southern Utah University, teaches in their interdisciplinary Screen Studies program and is the executive director of Experiential Learning.

“I like to think of myself as Q in the James Bond movies, or the Morgan Freeman character in Nolan’s Batman movies. I loved teaching creative writing, but part of what I get to do now is think a lot about where higher education is headed and how we can get there. It’s a great role for somebody who likes to imagine new things and see if they can fly.”

The Interviewer and Petersen met at an awards banquet/conference for the Association of Mormon Letters nearly a decade ago. Petersen was receiving an award for Best Novel. The novel, Rift, Petersen’s first, is a Mormon-centric story about a bishop and the local curmudgeon and their feud and is a great read.

Petersen has also published a collection of short stories titled Long After Dark that also dips into Mormon settings. Both Rift and Long After Dark were published by Zarahemla Books, a Utah publisher that leans well away from the Deseret Books way of business; filling a much-needed space for the exploration of Mormon literature. It Needs to Look Like We Tried has no apparent Mormon themes.

“After Rift, I worked on It Needs to Look Like We Tried, because I was kind of Mormoned out, and I needed a sabbatical. I very consciously wrote it without directly putting Mormon stuff into it. One day, I’d like to circle back to the Mormon [themes], but for now it’s more interesting for me to write outside of Mormon culture but still keep my core principles and DNA in the writing. I think I’ve managed that in It Needs to Look Like We Tried. All of my same concerns are there, but the package is different.

Petersen adds that with the writing of Rift he found the humor in his voice. And this resonates in It Needs to Look Like We Tried.

“Humor for me is always slightly bitter, like a Coca-Cola, otherwise the sweetness is too cloying. One of the things I tried to do in It Needs to Look Like We Tried is balance the ridiculous with the grotesque and the grotesque with something that would break your heart. Somehow, that’s the kind of triangle that works best.”

It Needs to Look Like We Tried is a novel in stories. Stories that for the first third of the book make the reader wonder, “OK. I can see this coming together, sort of.” But very soon in the second third the reader sees the genius at work. Petersen has put his DNA into this novel; his principles and his own humorous surprise. Surprise. The novel satisfies . . . like a rub on the back sitting in a church pew? No, the milieu is off. It’s more like a Saturday night college party in the fall where there’s booze available, maybe a Pall Mall outside where all the cool dudes are hangin’ out. The sun is down a while ago and the moon is coming up. There’s smoke in this milieu. Smoke and plot. Characters. TV. Great film work. Todd Robert Petersen’s DNA. There’s nothing but truth. Truth, humor, and that industrious nest of hair.

Does Petersen have anything to add about his novel?

“My family and I have been thinking a lot about what it means to be joyful in the face of this plugged toilet of an age that we live in. How do we deal with our own failures, especially when we realize that we are often our own antagonist? How do we leave the right kind of dent in the universe? What does real hope look like? Not platitudes but real hope. This book is the culmination of that kind of thinking: in the end, it just needs to look like we tried. So often, it seems like we gave up.”

Obviously this age needs more trying. More hope. More dents in the universe. Petersen has bruised a knuckle there against the ether.

Or a sparrow’s wing.

Or a Viking’s fist blow. Led by a nose.

It Needs to Look Like We Tried
Todd Robert Petersen,
Counterpoint Press
hardcover
$26