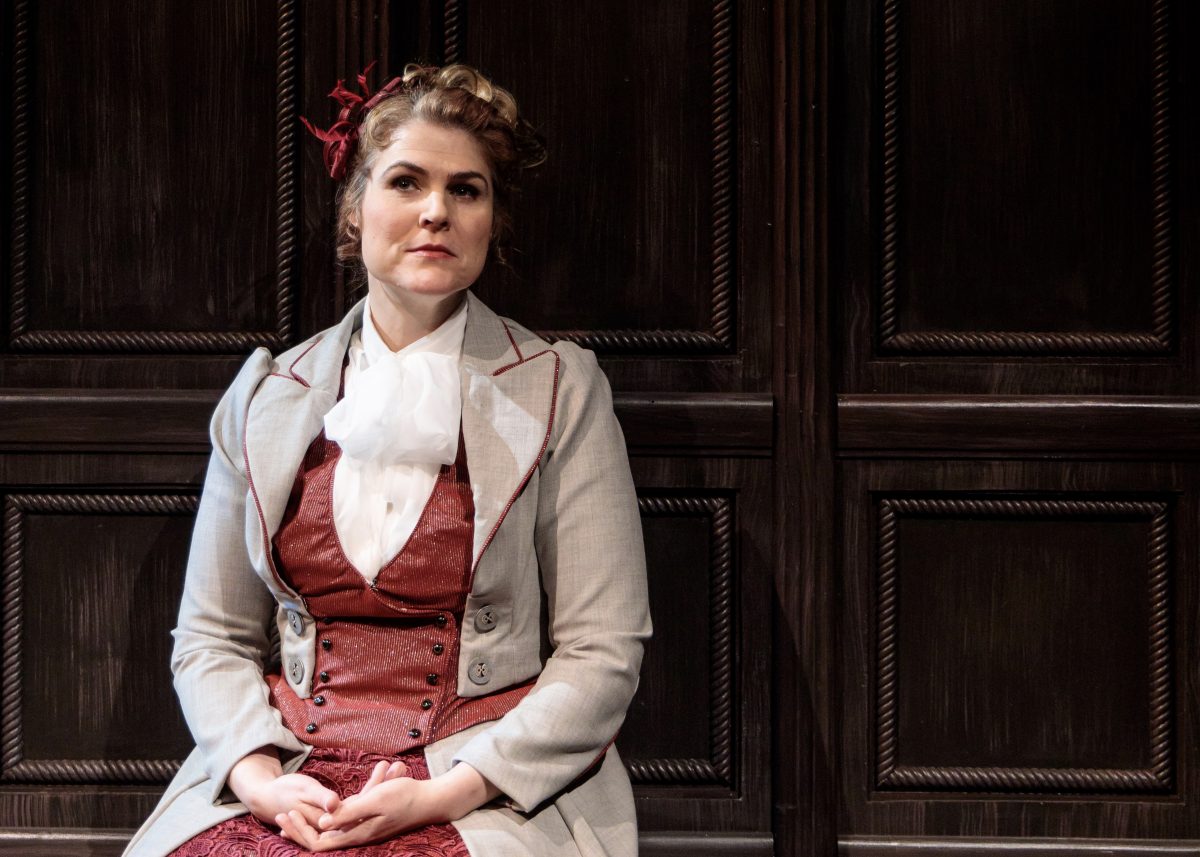 Politics and religion are topics to avoid during polite conversation, but today, most would also add marriage to the list. Before the middle of the last century, marriage was an assumed part of life after a certain age, but now, depending on your generation, there’s a broad spectrum of opinions on the matter. A Doll’s House, Part 2 by Lucas Hnath, a modern sequel to A Doll’s House by celebrated 19th-century Norwegian playwright Henrik Ibsen, explores multiple viewpoints on marriage through three female protagonists. Nora (Stacey Jensen), Emmy (Rachel Merlot), and Anne Marie (Annette Wright) give female perspectives that clash, but ultimately build on each other, while Torvald (Paul Mulder) presents a sympathetic look at a husband left to raise three children as a single parent. This thought-provoking and well-balanced play is open to Utah audiences for the first time at Salt Lake Acting Company through March 8. For a deep conversation, bring someone with whom you don’t mind debating some of the finer points of matrimony’s pros and cons.

The original, socially scandalous A Doll’s House premiered in Copenhagen in 1879. The play’s protagonist is an unhappy mother and wife, Nora, who is facing blackmail for participating in a simple, but ultimately illegal financial action (that women at the time had to have their husband’s permission to do). Before an emotional scene where she decides she must leave her husband and children, Nora says that her whole life she’s felt like a doll, played with and totally dependent on the men in her life. Part 2, nominated for eight Tony Awards and the most frequently produced play of the past two years, was written in 2017 by Hnath, an American far removed from the play’s original context. He proves to be an expert at recreating the original’s Victorian world and Nora’s choices and their impact on her family feel real and faithful to the original.

Each character’s opinions and emotions are woven together scene by scene to create a multidimensional treatment of marriage’s practicality, its function in family and society, and its role in love. The first perspective we get is from Nora herself. Jensen plays a fiery and firm Nora, now a successful author who encourages women to leave unhappy marriages. Nora arrives at her old home when she knows her ex-husband will be out. As she talks to the family’s housekeeper Anne Maria for the first time since her departure, we see that she has achieved her dreams despite incredible hardship. She tells the audience that everyone should doubt the efficacy and desirability of the institution, especially considering its predatory nature and inequal legacy for women. Nora is strong and ambitious, but her refusal to contact her children seems to validate Anne Marie’s assertion that she’s “a cold woman.”

Anne Marie is the three children’s surrogate mother, and has sacrificed being with her own family to help Tornvald. Although Nora proclaims how unfair it is that women are demonized for leaving children, Nora’s point rings hollow against the sympathetic Anne Marie’s description of the family’s troubles after her disappearance. Tornvald comes home early to find his estranged wife and is immediately distraught. Mulder’s acting is so convincing that it’s difficult to not feel for the man who seems so crushed in the aftermath of Nora’s action. Although the play begins with a logically persuasive argument about the unfairness and downsides of marriage, the emotion from the impacted parties makes it difficult to side with Nora. Tornvald was never physically abusive, but treated Nora as someone lesser than himself and left little room for her to have her own personality and volition.

The issue becomes more thorny with the introduction of Emmy, Nora’s and Tornvald’s daughter. Rachel Merlot plays a plucky and outspoken Emmy, who has a lot in common with the strong Nora, but has almost nothing but contempt for her. Although Nora attempts to give Emmy the same warning about the inequality in the power dynamics of marriage that she does to her readers, Emmy will have none of it. She’s recently gotten engaged and is trying to fix her broken childhood with the possibility of making her own family. In a memorable speech, Emmy says that looking into the future, if people decide to take Nora’s advice, they will be alone, nomads who travel from relationships and homes without the warmth of connection. Her prediction feels apt in an age where more young people live alone and delay getting into serious relationships in favor of finishing education and getting careers. Both Nora’s practicality and privileging of individual empowerment and Emmy’s hope for a future with an intact family life will find sympathetic ears in the audience. The questions surrounding marriage seem as relevant, but even less clear than they did in the late 19th century.

One interesting decision Hnath makes is to exclude Nora’s two sons from the play. They never appear onstage, busy as they are with their own adult lives and families. It might have balanced the overabundance of female perspectives on the issues to have one or more sons weigh in about their experiences. Something obvious that seems to be missing is a look at how the children dealt with grief and what it’s done to their personalities as adults. Although the less emotional and more rational Emmy is believable, the vast majority of people would not react in such a calm and intellectualized way. The missing sons may have stretched the modern playwright’s ability to create a balanced view of Nora’s actions, as sympathy for Nora holds best when you don’t think about the sadness her disappearance caused her very young children. Another child is bound to have a reaction that mirrors Tornvald’s own heartbreaking anger and desolation.

In all, the actors, dialogue, and total production provide an intriguing new look at the different ways marriage has been viewed and talked about over the past century. The audience leaves with perspectives removed in time from them, but completely relevant to the topic in today’s world. Depending on your own age, your parents’ marital status, and your own relationship history, you may interpret the actions of both playwrights’ characters in radically varying ways, but you’ll have to go to see for yourself. 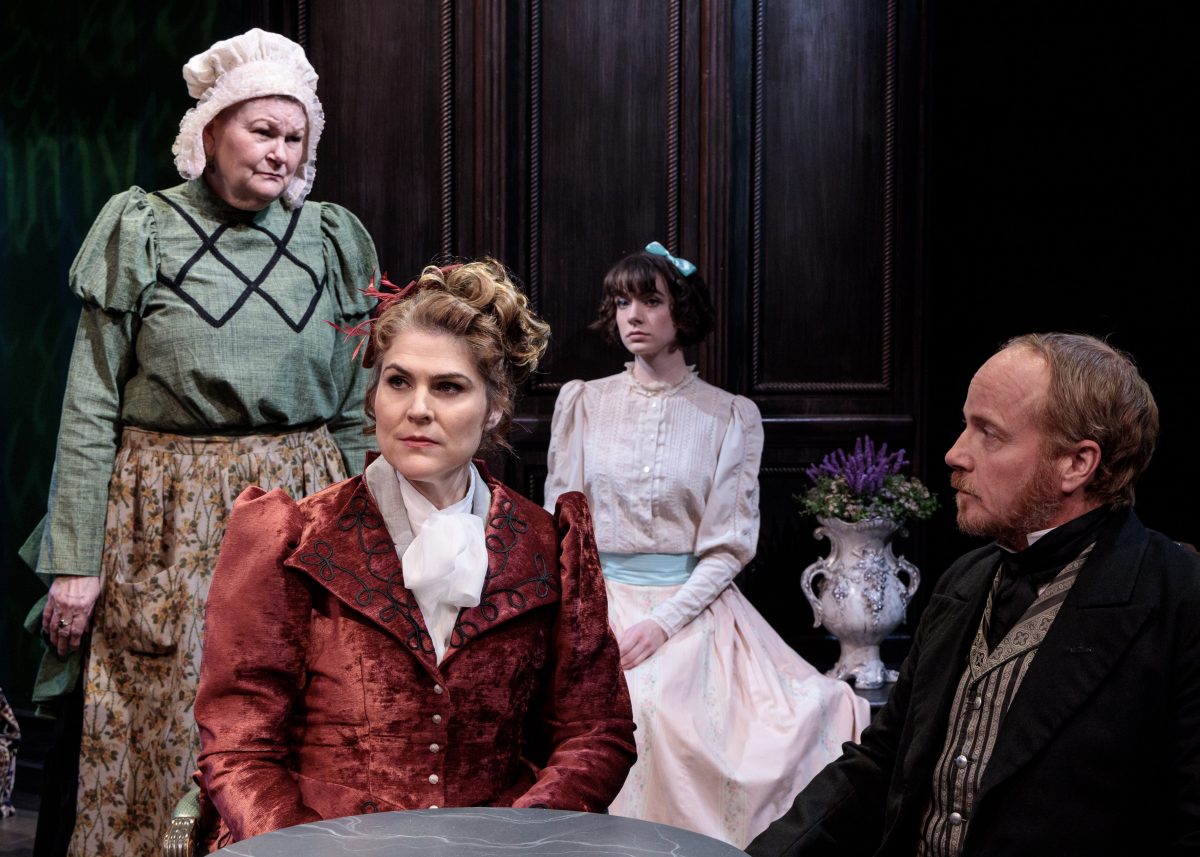