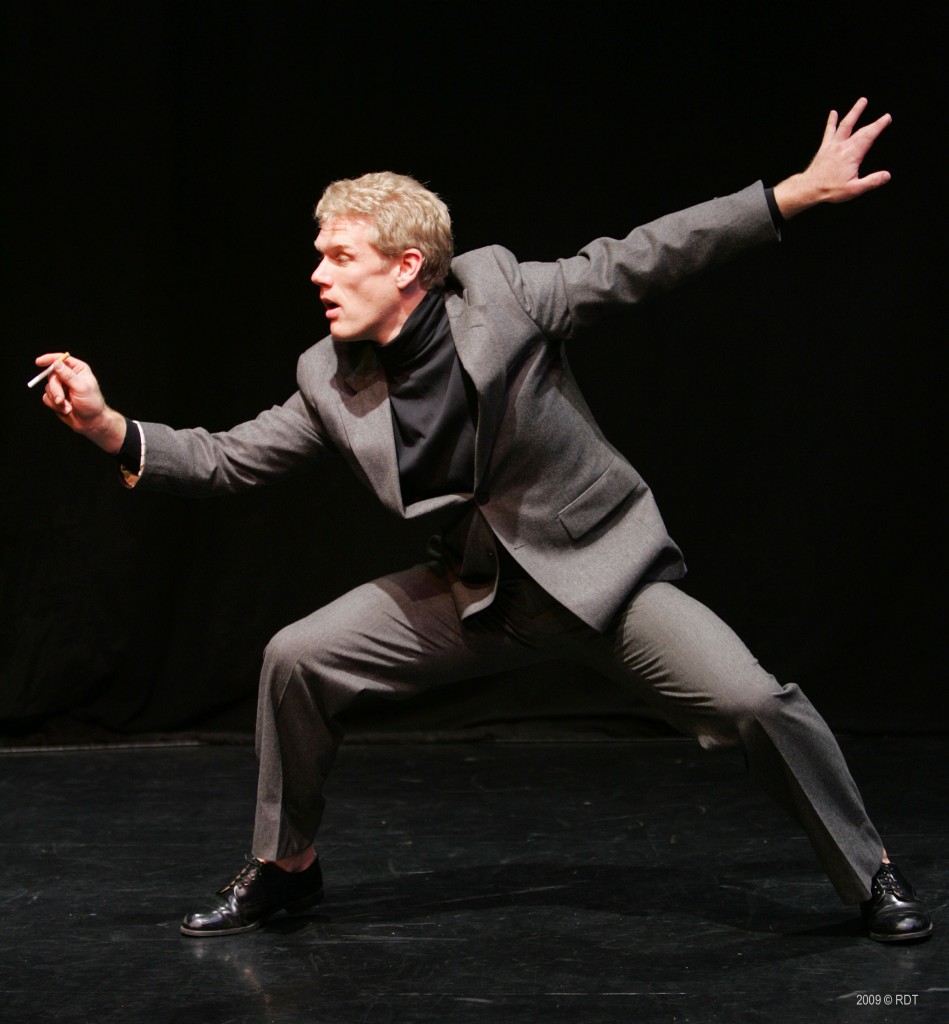 According to RDT’s Executive Director, Linda C Smith, “We use the term to refer to a variety of concert dance that is not rooted in ballet or other academic forms.  Unlike theatrical forms of entertainment, modern dance began as a means of self-expression.”

The performance, recently performed at the Rose Wagner November 16th and 17th, is narrated by Smith, who provides an extensive economic, political, social, and cultural context for the dances, often accompanied by a slide show including dancers and choreographers, as well as social and political events.  Her narration is informative, comprehensive and did an excellent job of connecting dance to the environment in which it developed.  At times, however, it overlapped the performances and detracted from the pure emotional experience of watching the dance.

The performance began with two of the generally acclaimed founders of modern dance, Isadora Duncan and Ruth St. Denis and included a total of 18 pieces, with enough diversity to please anyone with an interest in dance.  Audience favorites appeared to include “Valse A la Loie (Scarf Dance) by St. Denis; “Pizzicati (Shadow Dance)” by Michio Ito, featuring a single dancer whose image was projected as a huge shadow behind him; “Cutting the Sugar Cane” by Ted Shawn, focusing on a purely male esthetic of dance; “Martha Graham (movement phrase)”, the first of the dances to focus on pure movement; Daniel Nagrin’s “Strange Hero” which evoked heroes from Humphrey Bogart to James Bond; the humorous and technically challenging “Holy Rollers” (from “Three Promenades with the Lord” by John Butler, and “Allegro Misterioso” from “Lyric Suite” by Anna Sokolow), which explored intense psychological states through movement.  “Gamut”, choreographed by company members Nicholas Cendese and Aaron Wood and performed by student dancers, was yet another highlight.

Of particular note is that the staging, costuming and lighting were impeccable – and appropriately mirrored the changes in the choreography over the decades.  The dancers were more than up to the task of not only changing costumes every 5-10 minutes, but also changing mindsets to present each dance in the spirit intended by the choreographer, whether that was dramatic, humorous, experimental, narrative, or purely physical.

Time Capsule is both an intense educational experience and a tour de force of much of the best American dance of the 20th Century.  It is a must-see for anyone seriously interested in modern dance and its evolution.  My hope is that it is someday recorded and made available on DVD as  a resource for dancers and their audiences everywhere – although nothing could compare to seeing it live.

A tremendous amount of work and thought went into “Time Capsule” and everyone at RDT deserves a huge amount of credit for creating and presenting a program that is both entertaining and enlightening.

Tagged as: by Sarah Thompson, RDT