“Oh, yes. It was one of my favorite of the year,” said the woman boarding a shuttle outside Abravanel Hall in Salt Lake’s first major snow storm. She was referring to the performances of Thierry Fisher, the Utah Symphony, and a celebrated Argentinian pianist. With several standing ovations throughout the night, it was no surprise to see so many smiles and lightened steps.

The selections seemed tailored to each other. Notably, Ida Rubenstein produced or commissioned three of the five scheduled pieces for her ballet in 1928: Stravinksy’s Fairy’s Kiss, Ravel’s Pavane for a Dead Princess and the bewitching Boléro. 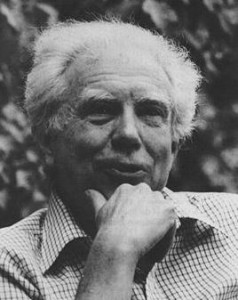 All were exceptional, but one of the more touching moments of the evening was a surprise, a nostalgic tribute to the much loved composer Elliot Carter who passed away one week ago, November 5th, at the age of 103. The unexpected performance of his Elegy mesmerized the audience and set a brief, somber tone as the symphony transitioned into Boléro’s hypnotic snare drum and thrilling 13-minute crescendo.

Throughout the night, Fisher was energetic, nuanced, and expressive, much like the delightful Ingrid Fliter, whose active reflection was mirrored in the piano’s upturned lid, her hair flying to mark the junctures between the Andante Sostenuto and Allegro Scherzando of Saint-Saens’ astonishing Concerto No. 2. At the Presto’s conclusion, having nailed the performance, Fliter embraced Fischer, and the audience rose to their feet again.

It was another world-class performance from the Utah Symphony.