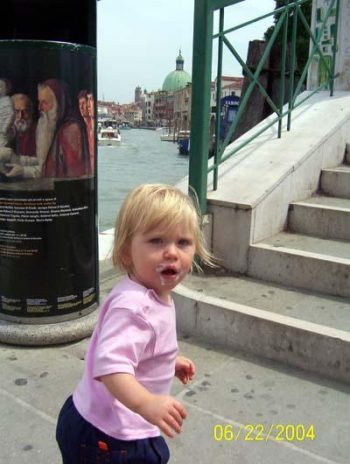 The year was 2005 and … after going silent for six months, 15 Bytes was resurrected!

Here, to the best of our recollection, is what happened:

In the summer of 2004, just shy of three years after its inception, 15 Bytes went dark.

Or, not exactly dark — the website, after all, was still up — but 15 Bytes stopped publishing. It was becoming too large a project, our attempts to solicit support from our readers came up short, and, well there were some other distractions (see an attempt at an explanation here).

Then, sometime in the fall of 2004 or maybe early 2005, Laura Durham, who was a visual arts project manager for the Utah Arts Council/ Utah Division of Arts & Museums, was holding a professional development workshop. To the inquiry as to what the community needed, some in the audience were like, “What we really need is a magazine about the arts…”

We weren’t there, so this is all based on hearsay, but from what we heard, a slightly dumbfounded Laura tried her best to speak in a measured tone when she responded, “You guys had that. Shawn Rossiter was doing that with 15 Bytes. But you didn’t support it. So he stopped.”

Which was kind of cool.

So we gave it another try, beginning in February 2005.

And it’s a good thing we came back, because there was still plenty happening in Utah’s art scene:

The Unknown Gallery opened in SLC, as did Palmers Gallery and Kayo Gallery,
and Michael Berry expanded from framing shop to gallery.

We bolstered our efforts with some new contributors, including Frank McEntire, who reviewed Hyunmee Lee and JinMan Jo in Logan …

… Christopher Wilson, who covered an exhibit of female students of Robert Henri at BYU Museum of Art …

… and Geoff Wichert, with a review of Brian Christensen, began a relationship with us that 384 articles later has truly transformed our magazine.

We were just in time for Downy Doxey’s exhibit at SLC’s Avenues Library, which Laura Durham, always willing to back up what she calls for, covered with a profile of the artist.

And we began lots of new initiatives:

Bill Fulton began what became one of our most popular series, with a photo essay on Francis Zimbeaux’s studio space.

What has become our Art Lake City map was begun with an article on Gilgal Gardens.

We began our Art Professional Profiles with Ruth Lubbers.

And our In Memoriam series began with Brent Gehring and Lee Deffebach.