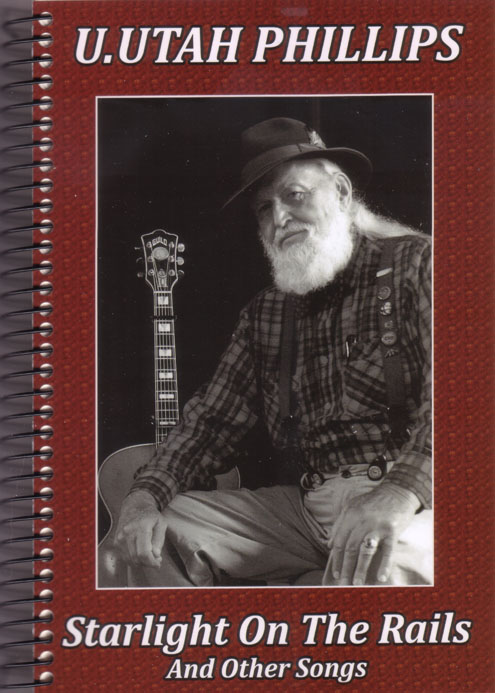 Starlight on the Rails: And Other Songs is an expanded version of U. Utah Phillips’ earlier songbook published in1973. This new version (released in November 2011) contains 84 songs, complete with chords, lyrics, and background stories written by Utah himself.

Bruce Duncan “Utah” Phillips (1935-2008) was a folk singer, storyteller, poet and labor organizer and often promoted his causes in his songwriting. He attended East High School in Salt Lake City and after serving in Korea for three years returned to Utah.

His son Duncan released Starlight on the Rails: And Other Songs as a labor of love meant to commemorate his father and honor his memory. In the book’s foreward, Duncan speaks of the songbook when he was younger and how it was a tangible connection to his father  after Utah was prompted to leave the state. “I would thumb through it from time to time, stop at a song and do what children do best: daydream of where he might be and what great adventures he must surely be on.”

This republication is a “granddaddy of a songbook” with stories from the original book and songs from the four-CD box set. Some will love this new collection for the stories and others will  cherish it for the songs.

Starlight on the Rails: A Songbook, published by Dream Garden Press, is available at Ken Sanders Rare Books.