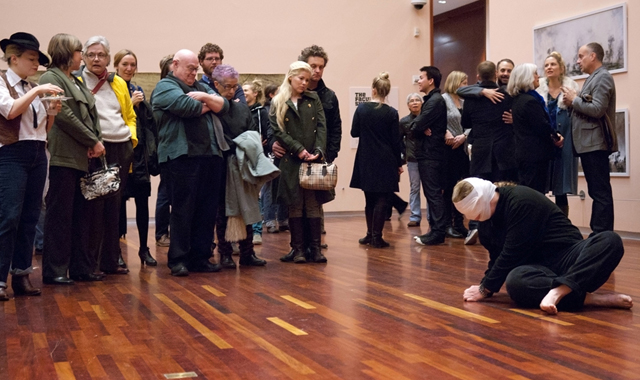 If an art exhibition is any indication of the state of things, then much can be learned from the UMFA Faculty Show. T.S. Eliot once predicted that decline would be signaled ‘not with a bang but a whimper.’ Certainly there are works in this show that speak to that sentiment. Overly moralizing, programmatic or simply unresolved, some employ such a comprehensive symbology they are impossible to decipher. Yet most of the works on view display a higher caliber of work, and do so not with a whimper but a bang.

Read Alexandra Karl’s review of The Faculty Show at the UMFA in the April 2012 edition of 15 Bytes.