The Triumphant Return of the Utah Shakespeare Festival 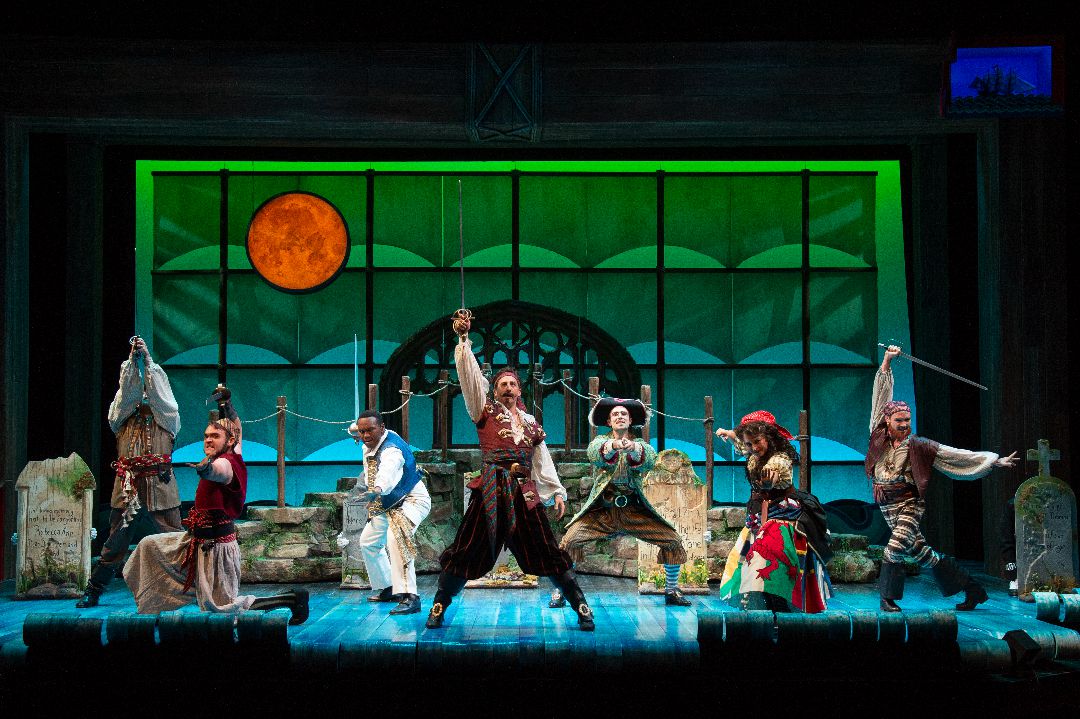 In fair Cedar, where we lay our scene, there is now fully an entire block that is made to conjure up the Bard. You can’t, in truth, escape him. From late June until early October the Utah Shakespeare Festival presents “life-affirming classic and contemporary plays in repertory, with Shakespeare as our cornerstone.”

These performances are enhanced “by interactive festival experiences which entertain, enrich, and educate,” sayeth the festival folk.

This presents a problem of selectivity: one simply can’t do it all. There’s the festive Greenshow, the pre-play educational lectures, a huge variety of plays (Bard and Not-Bard) and, at the Southern Utah Museum of Art, a show celebrating the Diamond Anniversary of the Festival (that would be its 60 th – did not make you ponder overlong there — with photos, posters, and old playbills featured) as well as a saucy show of corsetry presented in conjunction with the USF production of Intimate Apparel.

Still, one is usually in fair Cedar for the titular reason, and we should likely start selecting our tickets with the Bard in mind. 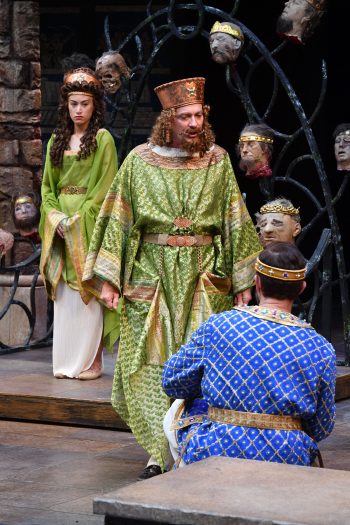 For a bloody good evening of theater, there is Richard III, and arguably only Macbeth can best the story of this diabolical monarch, the last of the Plantagenets, for a play with positively everything going for it, including two young princes imprisoned in the Tower of London (who later vanish, probably murdered by Richard – methinks Shakespeare thought so — who is by now the king). This is a work first to be read, like so many of the histories, before being seen. But the gore is good regardless.

Or one might pick Pericles – it’s a play not often done, and it has all those delicious, “Did he or didn’t he write it?” questions surrounding it, to spice up your after-play convo. (And I won’t say whether they cut the incest riddle scene at the start.) There’s plenty of seafaring and a couple of shipwrecks, too.

Cymbeline is another proffering that is rarely performed but it contains some lovely language and strange plot twists that turn out well in the end. Imogen’s father banishes her soulmate — wrongfully, of course — and the princess spends the balance of the near-three hours remaining to us on a quest to reclaim her love. There be ghosts, mistaken identities, all the stuff that dreams are made on. 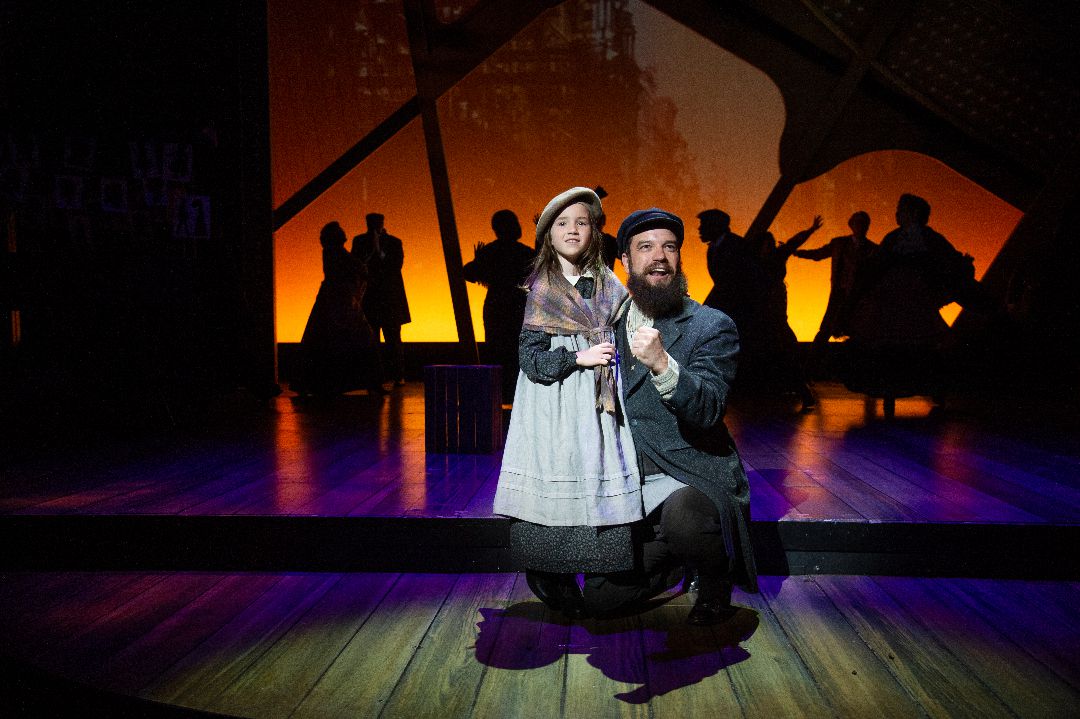 We have heard nothing but good things about the socially relevant, award-winning Ragtime, based on the rich novel by E.L. Doctorow. Book by Terrence McNally; music by Stephen Flaherty; lyrics by Lynn Ahrens and directed by Brian Vaughn. “The worlds of a wealthy white couple, a Jewish immigrant father and daughter, and an African-American ragtime musician intertwine and sometimes collide as they seek the American dream at the volatile turn of the twentieth century,” is the company’s description. One noted Utah theater critic told me when we ran into each other at Emigration Market one recent afternoon that she had cried while watching it.

For lightheartedness, there is The Comedy of Errors (not to be confused with the farcical offering, The Comedy of Terrors — that was decidedly not penned by the Bard) and Gilbert & Sullivan’s silly, clever, and joyful operetta, The Pirates of Penzance.

Perhaps most curious is Intimate Apparel, by two-time Pulitzer winner Lynn Nottage, directed by Tasia A. Jones, in the Eileen and Allen Anes Studio Theatre, about an African-American woman in early 1900s Manhattan who has sewn her way out of poverty by creating fine lingerie for wealthy clients. The play explores social divisions of race, religion, equality, class, and sexism. Showing concurrently at SUMA, The Corset as Art: Past & Present was curated by Laura Crow, costume historian and professor emerita from the University of Connecticut. It features more than 30 corsets from national and international artists ranging from early period pieces to contemporary works of wearable art – a historical timeline of the garment. “One of the works is a costume created for the actress Scarlett Johansson’s appearance on Saturday Night Live and made entirely of plastic mylar,” says Crow. This exhibition shows the corset meant to enhance or intrigue the viewer either on or off a body as a work of art in and of itself, and runs through September 25. 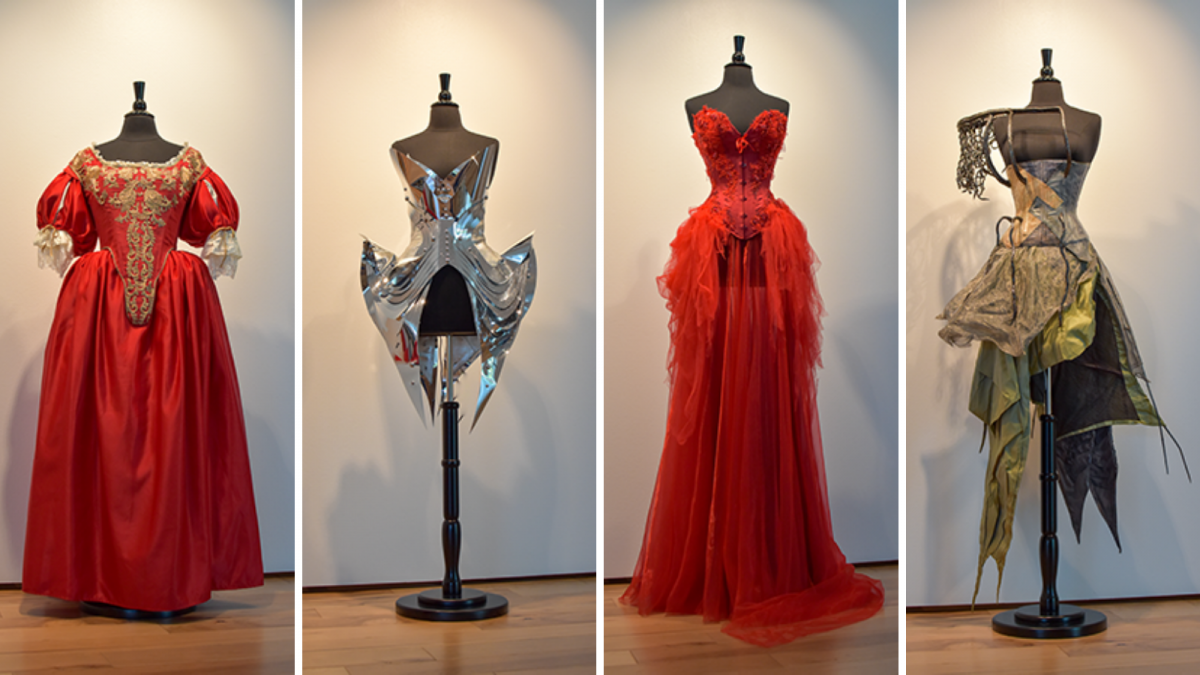 Would this bawdy display of Intimate Apparel cause the Bard to blush? Nay, we say, not a bit of it. He would find this interactive festival experience most entertaining, enriching, and educational and would not miss it for a minute. We suggest that you do not, either.