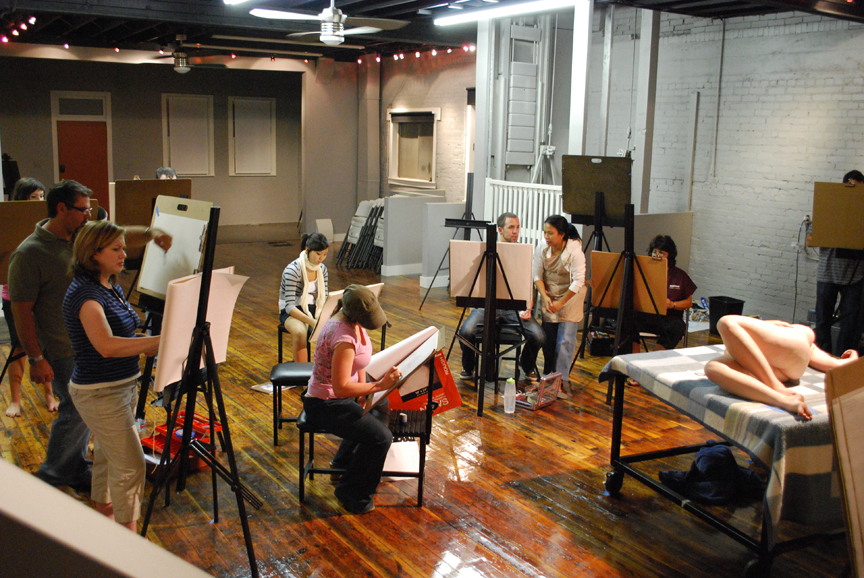 The Bridge Academy of Art in Provo is set to open later this month. Founders and instructors Jeff Hein, Justin Taylor, Ben McPherson and Sean Diediker began the Academy, an experimental institution that proposes to endorse the “Classical Tradition without excluding the insight and advancements of the Modern Art movement.” As their mission argues, “It seems that in today’s subjective world of art, many artists lack the academic skills to open their work up to limitless possibilities.” The instructors at the Academy seek to securely set a new standard whereby those who wish to take part in this unconventional institution may enjoy four years of rigorous training to gain a mastery of the fundamental tools of art, and thereby become imbued with a greater artistic freedom.

In the 20th century, the German Expressionist school Die Brücke — the bridge — emerged as a crossover from the more representational work of artists such as Ernst Ludwig Kirchner to the fully abstract Wassily Kandinsky. “The bridge” was the foundation that conjoined two developing standards of form and two separate ideologies. Provo’s Bridge Academy, located just west of the University Avenue railroad overpass, has a similar dialectic: the link in the equation that unites evolving standards of form with unlimited ideology. The Academy seeks to reinvigorate traditional devices in order to enable students with a greater freedom of expression and arm them with rudimentary tools of art to achieve “limitless possibility” and a surer ground for “personal expression.”

I spoke with Jeff Hein, whose original Hein Academy in Salt Lake City is the nascence of the new Bridge Academy, and his colleague and co-instructor Sean Diediker. 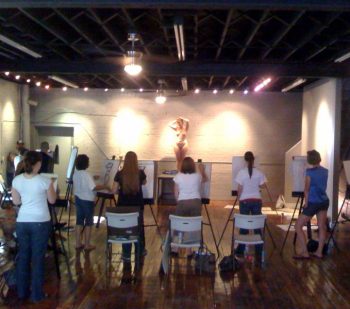 It was exciting to speak with both, whose aims and projections for this ground-breaking academy are firmly grounded in their uncompromising standards and philosophy. These instructors are not merely academicians, lost in antiquity, oblivious to the present. They are promoters of a methodology which not only replicates the past but endorses its methods for today’s innovations. Theirs is a pure form of art, galvanizing form and aesthetic in a synthesis addressing art for its own sake, asking questions as the Moderns did.

The traditional art movements have a sure placement in today’s global art community and academies and ateliers which promote classical methods are not in short supply. They engage in a dialogue with the past, promoting studies that can be traced to the Greeks and the tools which reach even farther back to earlier civilizations. Basic early methods, focusing on naturalistic representation utilizing the primary artistic principles of color, light, perspective, chiaroscuro, modeling, etc., form the basis for these academies. They also study the greats of the history of art and learn fastidiously the manner in which they manipulated these basic tools of artistic form. In most cases, copying is encouraged. However, this is far from what the Bridge Academy advocates. The means are taught, but not the ends.

The Bridge Academy promises to be no simple traditional academy but a concept in and of itself, uniting a strong emphasis on skills embraced by standard academies but promoting an active engagement with the artists’ vision, creativity, and inspiration. “How much better work could there be if the artist has had all the tools they need to be innovative,” says Hein. “No one form of art is superior but the artist deserves to say whatever they want to say.”

According to Hein and Diediker, their experiment is to marry classical training with current subjective approaches to art. With the tools learned at the Bridge Academy, artists, whether they choose to utilize traditional representational methods or more subjective approaches, will emerge more well-rounded, prepared and efficient, equipped with all of the tools necessary to re-enact whatever vision may be occurring in their creative minds. The Academy evaluates each student, when they enter their course of study and throughout its duration, to determine their needs and assignments. Students are expected to follow an intense course of study, which will take approximatley four years to complete. The four instructors visit with the artists on a regular and rotating basis. 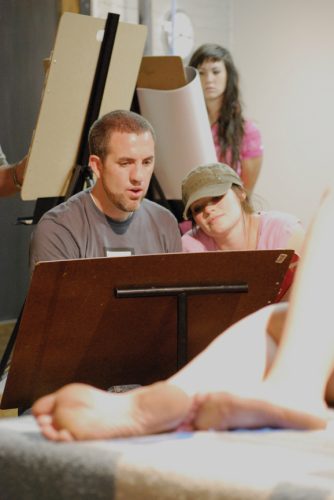 Justin Taylor works with a student inside Bridge Academy.

All instructors of the Academy promote traditional methods- it is the core of the curriculum at the Academy. However, as Hein states repeatedly, “I feel art throughout history has been a conversation, contributing to the aesthetic of art, a conversation pulling from one artist to the other, adding to each other, adding input: a response from the artist before. We need all these tools. Even if the art is abstract, how much better work could there be if the artists had all the tools?” It is logical that those participants of today’s art community who are motivated by either representational work, abstraction or conceptually-based, non-representational art and rely on history for inspiration have greater license for full freedom of form and a path to more freely promote their expression.

To a greater or lesser extent, all founders of the Academy embrace the invigorating forms and concepts of the Modernist period. Hein says Barnett Newman is one of his favorites and Diediker appreciates many of the masters of the last century, including Josef Albers. For them, modernism can be seen as a symphony of aesthetics, one branching to the other, adding to the aesthetic possibilities that can be explored at the Academy. Most founding members of the Bridge Academy, however, have a certain pessimism with much contemporary art and how it is approached today. What is lacking, implies Hein, is that bridge from the past to the present, a loss of fundamental artistic principles as an entity in an art which can be hollow. The “bridge” these artists and instructors hope to build is one that might imbue today’s artist with a greater freedom to express subjectivity, in conceptual work, landscape, sculpture, or any chosen medium. 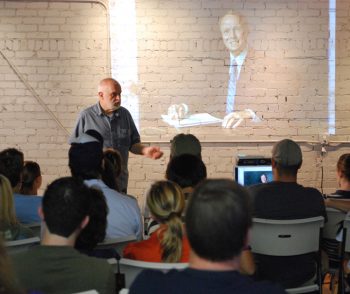 They also plan to give their students a bridge to professional careers. In addition to the four instructors the Bridge invites nationally-recognized artists to visit and lecture, expanding the scope of the Academy’s educational opportunities. They also invite art professionals from galleries and institutions to visit with students and share advice.

Today’s insatiable global art community demands art of all types, all forms, infinite ideologies and methodology; none is better than the other. Yet there is absolutely, within that colorful art world palette called post-modernism, good and bad art and good and bad artists. Good art strengthens the community while bad art too often diminishes the integrity of art and gives the public and “outsiders” more cause to call all artists, critics, historians, and curators etc., quacks. Too much art today lacks integrity, both in form and meaning and this is good for none of us.

The Bridge Academy, an experiment in strengthening form while promoting greater freedom of ideological expression, assures that integrity. It is sorely needed and very welcome as a “new kid on the block” in the offerings already available for emerging artists in Utah. More, it promises to be a veritable giant in the community, encouraging an intense four-year study of artistic tools which, unequivocally, can lead to a better artist no matter which school or schools of art the artist tends to adhere to. This is a bridge to strengthen artistic practice, breach divides between different artistic “persuasions,” and inevitably, for the outside community as a whole, create a greater appreciation of good art. 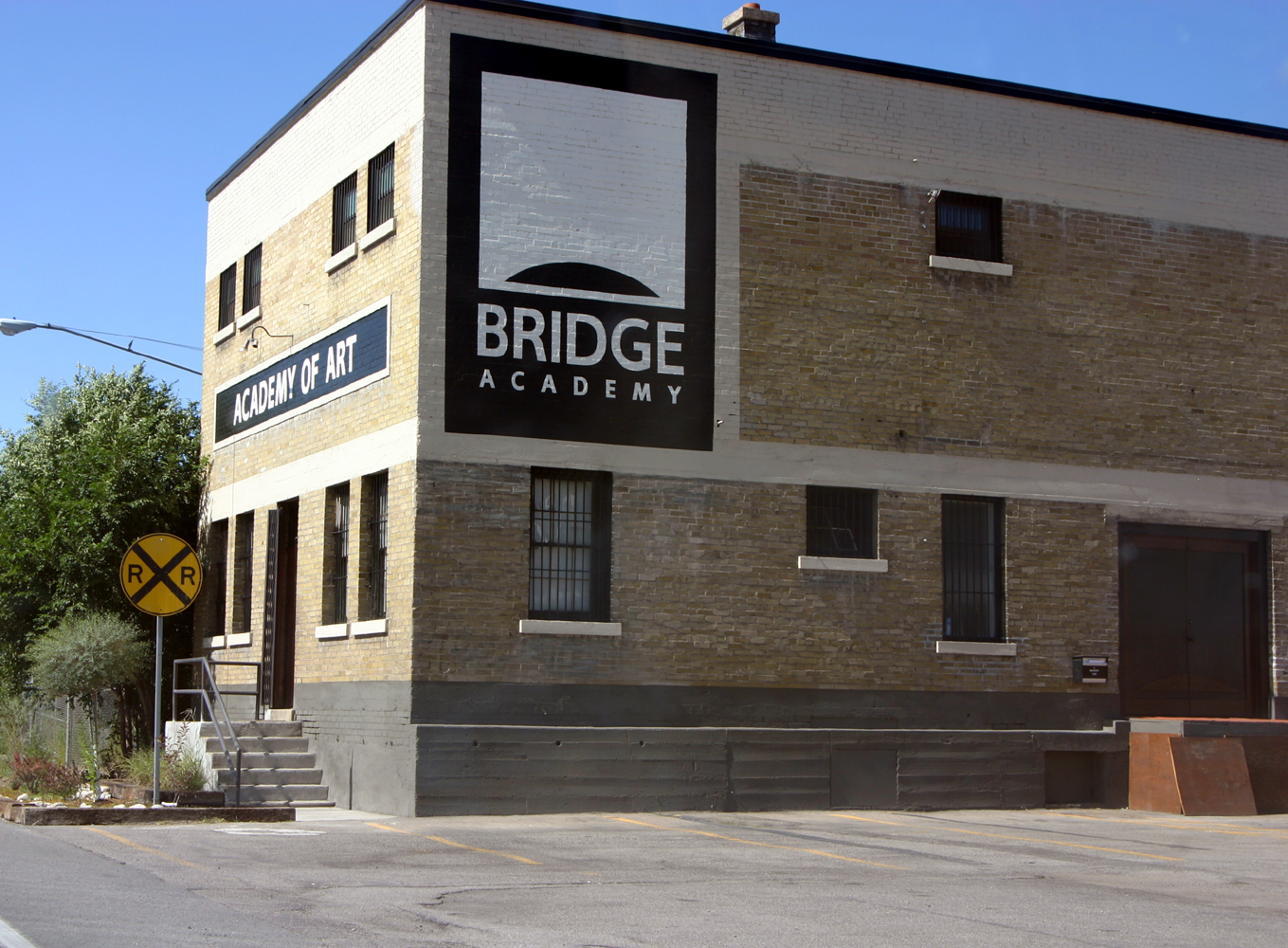 The Bridge Academy of Art, located at 148 West 600 South Provo, UT, hosts its Gala Reception October 9, 2008, 7:00PM. For details, and to learn more about their classes and lectures visit: www.bridgeacademyofart.com.