The right performers for the right repertoire makes for a superb chamber music concert. 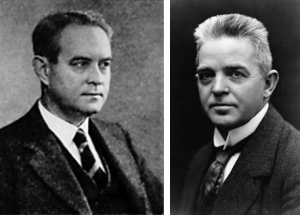 A dash of two rather obscure (mostly) twentieth-century Danish composers, mixed with the still most–prominent one, along with a peak from a young German composer’s early romanticism. What makes for a superb chamber music concert? The right performers for the repertoire and compelling performances of course. But there is that enduring problem of the repertoire: to be too obscure or to be to too known. Or to make a faint or vigorous attempt to find some sort of happy medium.

The concert to which this line of argument is being applied was part of the University Of Utah School Of Music’s Summer Chamber Music Workshop, which started several years ago, at least in its current guise. This year’s Artist-in-Residence is Johannes Søe Hansen, a violinist who has been a concertmaster (first concertmaster) of the Danish National Symphony Orchestra since 1992. He performed a recital in the evening of June 16, 2015 in Libby Gardner Concert Hall at the University of Utah’s School of Music. This concert was an instance that found just the right mix of obscure and known, but still infrequently performed compositions.

Johannes Søe Hansen has recorded Raasted’s solo violin sonatas for the Danish Dacapo record label, which released the recording in 2010. This recording was there premiere on record. Søe Hansen’s investment in these pieces was evident in his live performance, in what was an engaged and energetic interpretation. Niels Otto Raasted was a Danish composer and organist at Copenhagen Cathedral. Influenced by Johann Sebastian Bach, Max Reger, and Renaissance music, especially in his choral music, Raasted also founded and lead the Danish Bach Association from 1925-1945. He was a student of Max Reger in Leipzig, and also studied at the Copenhagen Conservatory.

The first movement’s pensively discursive harmonic line was enlivened by Mr. Hansen’s superb intonation, which was immediately evident. The second movement, Allegro, with its windswept colors and harmonies, was accentuated by Mr. Hansen’s smooth bowing. The third movement, Andante con grazia, contains more warmth in the harmonies, with even a certain graciousness. The fourth movement, marked Con moto moderato, is more severe, spare, and searching. Both these movements — but especially the fourth — were played by Mr. Søe Hansen as if in one long-breathed span. The fifth movement, Presto non troppo, with its playful, darting harmonies and lines, brought forth a lively take, with just enough unanimity of attack and phrasing.

Carl Nielsen (1865-1931) is still Denmark’s greatest composer. His Fantasy Pieces, Op. 2, played in this arrangement for violin and piano, were originally composed for oboe and piano (Fantasy Pieces for Oboe and Piano). The Fantasy Pieces are seldom performed. Indeed, little of Nielsen’s chamber music output is often on exhibit in most concert halls, perhaps with the exception of his Wind Quintet. This work consists of a Romanza and a Humoresque. The Romanza has a somewhat restrained effusiveness in color and melody in the violin part, although the piano part is at times slightly warmer. The Romanza was synchronized well by the two performers, in this case including Heather Conner as the pianist. And Heather Conner must be mentioned — a superb accompanist who is leaving the University of Utah after many years to take a teaching position at Vanderbilt University. The vivacious, almost capricious lines and harmonies — even colors — of the Humoresque were always to the fore in this performance. Throughout both pieces, her pianism was suitably agile. A supple sense of agility was a hallmark of Søe Hansen’s violin playing.

Now for the rather obscure, in Danish composer Jens Bjerre Jacobsen’s 22 croquis Musicaux de Paris (1943) for solo violin. This is a set of musical sketches; in this case almost character pieces, all lasting under a minute, and many thirty seconds or even less. These pieces are a frothy, at times quietly exhilarating test of some of the techniques in a violinist’s arsenal, and provide a skillful, occasionally endearing rendering of the scenes the sketches are attempting to depict in sound. Bjerre (1903-1986) was a composition pupil of Alfred Cortot, the famous pianist and conductor. Cortot also helped Jens to improve his piano playing; Jens became an organist in Paris.

The composition starts out on a contemplative side with the initial sketch capturing waking up at 11 o’clock in the morning at a hotel, followed by the dashing harmonies depicting a Paris boulevard. Then there are the slow, shapely, refined colors and harmonies drawing the scene of eating at a good restaurant. The sleek, compressed depiction of the Paris Metro, with a pizzicato ending was nicely caught. A real high-point of the piece is the playful, jesting lines of “Playing Pool.” Sacre Coeur, the Eiffel Tower, the river Seine, Notre Dame Cathedral, and the Arche De Triomphe are also all depicted, as are a singer on the street, a taxi, “Weltschmerz,” a good and cheap restaurant, the fog, a music hall, and a night clock. A more inventive moment depicts things on the street at 4 o’clock when a little drunk. Finally, there is a market on the way back, and back at the hotel at 5:30 am. “Notre Dame” witnessed some truly spirited playing. Delightful.

German composer Richard Strauss achieved lasting fame with the sensuous and compelling music for his operas Salome (premiered in 1905), Elektra (premiered in 1909), and Der Rosenkavalier (premiered in 1911). His Sonata for Violin and Piano, composed in 1887-1888, has appeared at least once before in the last year or so in performance with the local chamber music scene. That was in last summer’s Intermezzo Chamber Music Series at Westminster College in Salt Lake City. As Johannes Søe Hansen mentioned in his introduction to the performance of this composition, Strauss composed no chamber music after this sonata, instead turning to orchestral works, opera, and art song.

The first movement, an Allegro, man non troppo, with its generously sweeping lyrical and melodic lines, was captured incisively by both performers. Heather Conner brought out the almost constant splashes of color — especially in the harmonies — from the piano part in a just-crisp-enough fashion. Johannes Søe Hansen had such pure phrasing in the violin’s higher register, with an ingratiating evenness of tone, and smooth intensity to the harmonies. Both artists revealed a somewhat contained sense of rhapsody, and the movement became all the more poignant for this approach. In the second movement, an Improvisation, Andante cantabile, the two artists exhibited some effusive poise, especially in their contouring of the harmonies. There was a lovely, care-free sense of collaboration, and Søe Hansen played with a beautifully focused tone when he encountered softer dynamics. This was a deeply affecting reading. For the last movement, a Finale: Andante–Allegro, a more rugged pianism was displayed, complemented by refined violin playing and violin tone. This movement is almost a study in textures, and the at times gentle, intimate dialogue was laced with pointed suppleness by both performers.