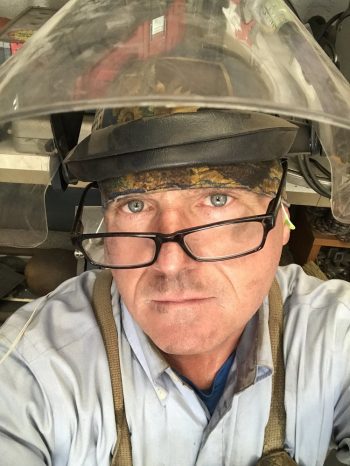 Nathan Brimhall at work in his studio

Beginning 2023, sculptor Nathan Brimhall is very excited about a commissioned piece he’s working on for a private residence in the Colony in Park City. “It will be the largest work I’ve done at between 20-24 feet tall,” he says. The idea dates back to 2017. “It is called ‘Communion’ and is about a place of being, a home connection and conduit to earth and space, physical and spiritual, emotional and mental. About BE-ing. Connectedness. In the flow. “

A Utah native, Brimhall attended the University of Utah where he studied fine arts, but he spent most of his career as a construction safety professional in heavy industry, commercial construction, and mining. “About six years ago I took the advice I’ve been giving to my children, ‘to be and do whatever you are passionate about’ to heart,” he says. “I’ve been on my artistic exploration and journey since.” 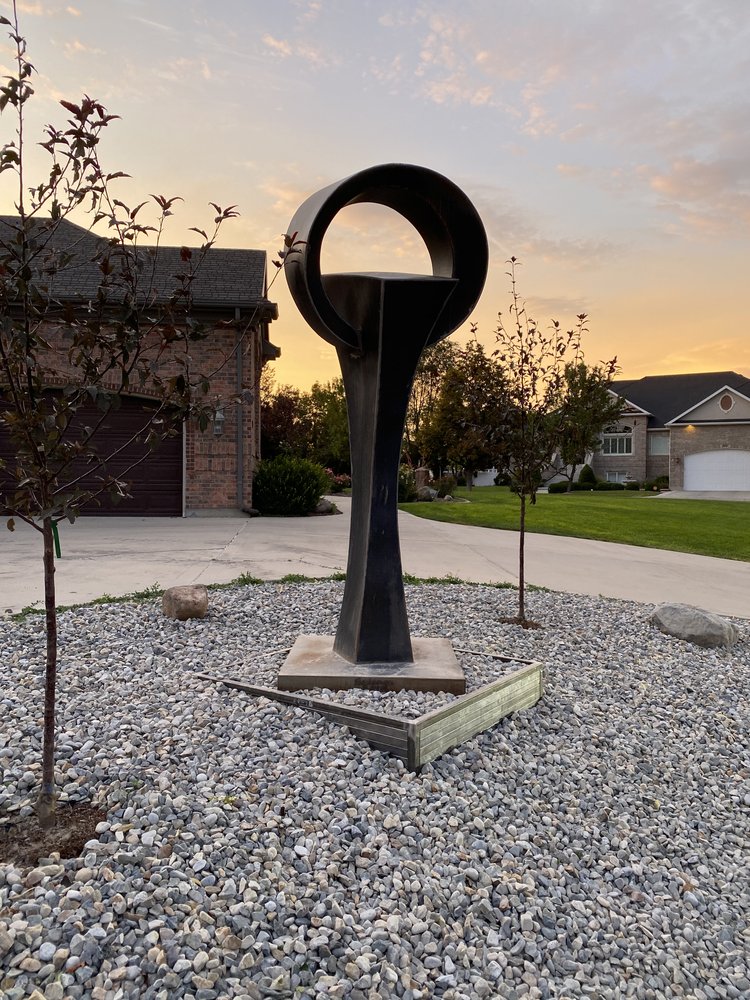 He creates “larger scale, volumetric, abstracted, figures, that express the intangibles of character traits and values” — a body of work that dates back to an assignment in Michael Hullet’s foundational, 3-dimensional sculpture class from 1991. That’s when Brimhall first welded and  “saw the light.” “The assignment was simple: build a volumetric structure that is taller than you. It took me a while then, but when I abstracted a figure I was hooked. My work generally is based on movement or a pose and usually measured from my personal perspective.” 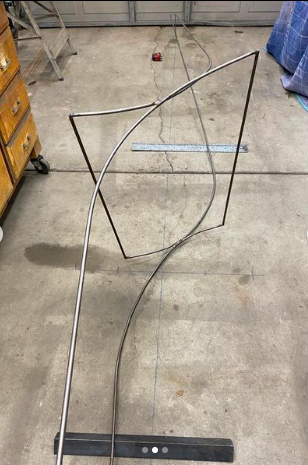 “Communion” is too tall for Brimall’s studio, so he’s working on the piece on the ground

“Communion” far exceeds Hullet’s original assignment. It’s not only bigger than Brimhall, but bigger than Brimhall’s studio, where the ceilings are only 11 feet tall. He didn’t worry too much about that dilemma, though, understanding that you just begin and “the how manifests itself throughout the creative process. … I love the creative process. When I’m in the studio, I fold space and time, find peace and meaning, and can be completely unaware of the temperature extremes of Utah. I love the light, heat, grit, grime, smell, permanency, and flexibility of working with metal. I love sewing metal with lightning!”

You can watch the progress on “Communion” on Instagram, and see more of Brimhall’s work on his website, www.nbenembe.com.