The Old and the New: Jason Huntzinger at the new Gallery East 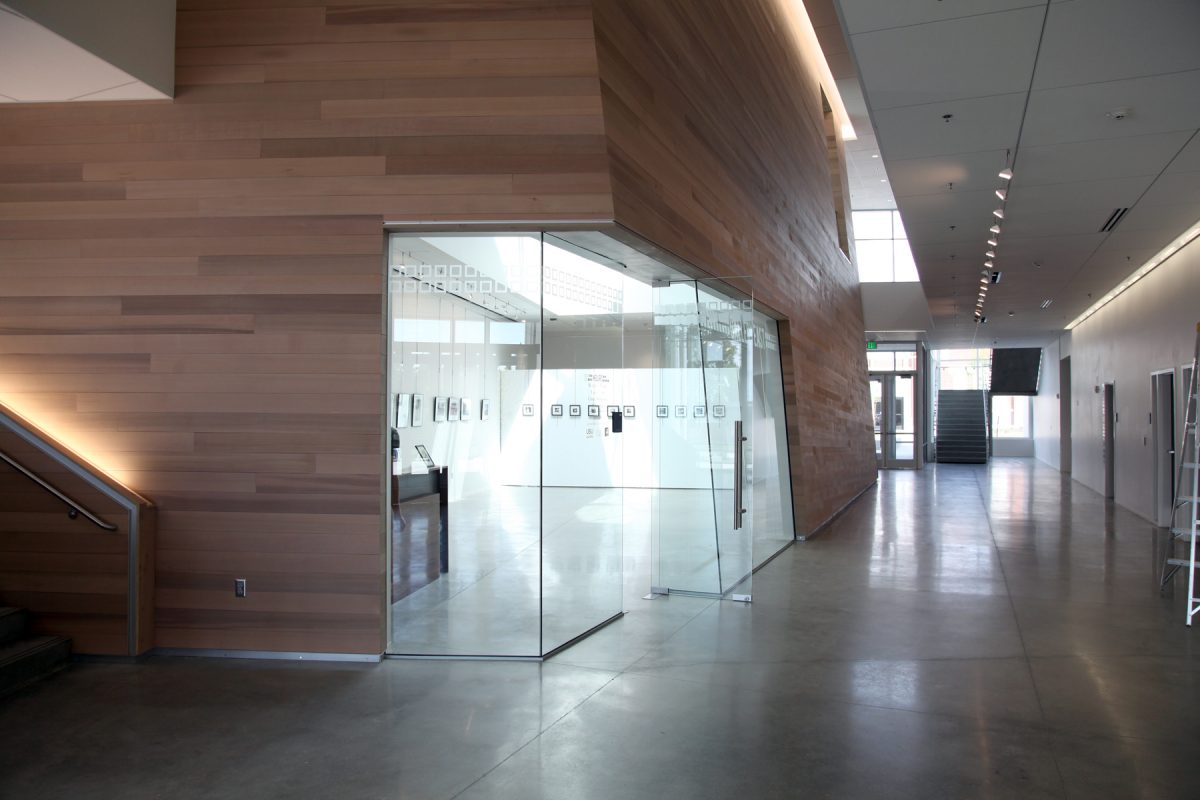 It feels somehow fitting that Price’s Gallery East should inaugurate its pristine new space on the campus of Utah State University Eastern (formerly the College of Eastern Utah) with an exhibition of works concentrating on the worn and the rusted. Opening this week in the newly built—and blandly dubbed—Central Instruction Building, Jason Huntzinger’s Within the Teeth of Geologic Time focuses its lens on the decaying remnants of the Old West’s humanmade landscapes as a partner to and reflection of the rugged geologic landscapes they inhabit.

Gallery East has been around for almost 40 years, and the push for a new home has been going on for a decade. Noel Carmack, assistant professor of art at the school and director of the gallery, says budget cuts during the economic downturn caused delays in the effort (as well as big changes in his own department, which was whittled down to one position, his); and since the state Legislature was not keen on erecting another fine arts building, the space had to be pitched as a generic instruction facility—which is why next to the Theatre, Music and Visual Art departments, you’ll also find Criminal Justice (the crime scene lab is across from Carmack’s painting and drawing class).

The building was finished just days before fall classes began. Gallery East, fronted with large panels of glass and encased in cedar panels, is the first thing you’ll see entering the building. The exhibition space rises up two stories to a glass ceiling, creating a dramatic architectural space; but the folks at Salt Lake City’s Method Studio must have been afflicted with a touch of hubris in designing the gallery: as compelling as the space itself may be, on a sunny day the light and shadow caused by the paned ceiling can make viewing art problematic.

Overcoming these difficulties to spend some time with Huntzinger’s photographs pays dividends, the same way traveling down a bumpy dirt road to see an out-of-the-way canyon will. Huntzinger, a Minnesota native, recently moved to nearby Helper via a six-month stint in Montana. The community of artists in Helper is certainly a perk, but was not the reason he settled here. Long before the artist colony sprung up, Huntzinger was running around his relative’s Blue Hill Dairy in nearby Spring Glen. So he knew Carbon County well—its rugged landscape and struggling mining towns—and it was precisely that combination that attracted his artistic interest. 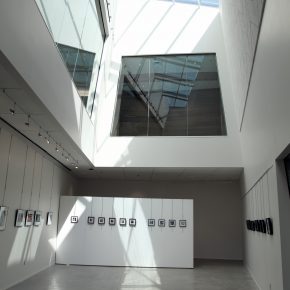 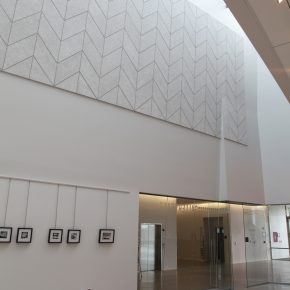 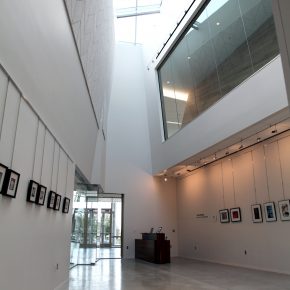 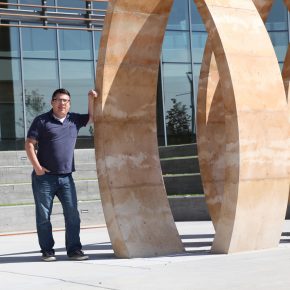 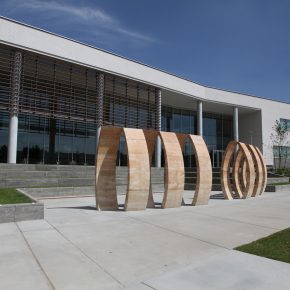 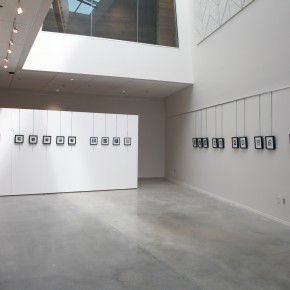 Huntzinger lifted his show’s title, Within the Teeth of Geologic Time, from Wallace Stegner, who called the rugged landscape Huntzinger has made his home the “plateau province” and remarked on how the inhospitable landscape demonstrates the range of geologic time better than any other place. But rather than look to the effects of wind, rain and geologic disturbance on layers of rock and sediment, Huntzinger turns his attention to the area’s humanmade structures and objects, the rotting ghost towns and decaying machinery that have become part of the landscape and are equally susceptible to the transforming effects of time.

In a series of photographs on the gallery’s west wall, Huntzinger has layered one image on top of the other like the layers of rust and decay that are frequently his subjects. He is drawn to the old trucks that lie abandoned in empty lots and backyards and speaks of them in spiritual terms—that these objects are imbued with a spirit that as their external form decays is able to break out and express itself.
A series of black-and-white works on the north wall, printed small so the viewer must step forward and peer into them, recalls Huntzinger’s time in Montana, where similar subjects drew his attention. In one, a Victorian structure in wood from the ghost town of Elkhorn, Mont., rises up to the sky like a temple devoted to fragility; and in another the jumble of surfaces in a old storefront has become all but unreadable, except for the strange eye of a dime-store hobby horse.

Since arriving in Utah, Huntzinger has been busy exploring the ghost towns, dead and alive, of Carbon County (he refers to Helper as a “living ghost town”). He notes that of the 29 mines once operating in the area, and which drew the first settlers, only one or two commercial ones remain. Railroad towns like Thompson and Colton have suffered a similar fate, so that an abandoned hotel or restaurant serves as a tombstone for towns once home to a thousand residents or more.

“I’m really interested in the lifespan of these towns, that were only meant to last a decade or two,” he says. They become frozen moments, shrines to a certain period that is then left subject to wind, rain and nostalgia.

Huntzinger’s show is indicative of the type of exhibits Carmack plans on holding at Gallery East. He generally curates seven shows a year, three during the fall term and four during the winter, drawing on regional artists whose work has a connection to the local area: Craig Law’s photographic exhibit of rock panels was a hit with the local public, for example, and the gallery’s October show will be oil paintings of industrial machinery by Nolan Salix. 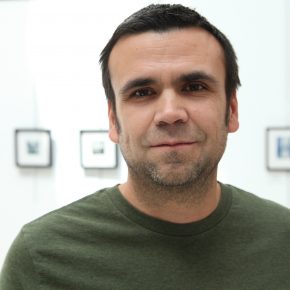 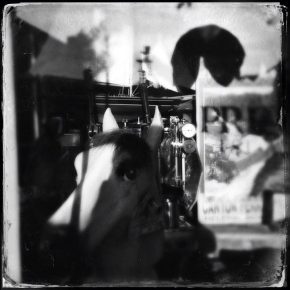 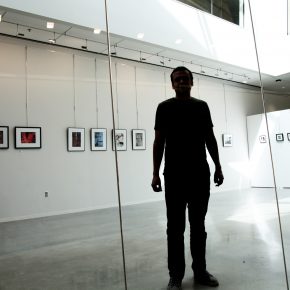