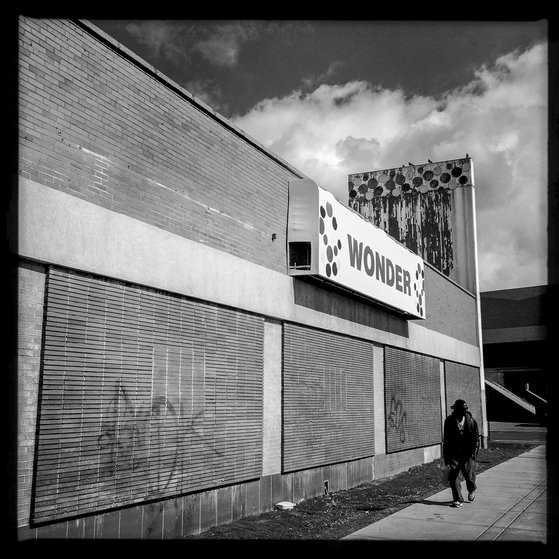 Between 1853 and 1870, under the direction of Napoleon III, Baron von Haussmann modernized a majority of inner-city Paris by transforming neglected neighborhoods into the tree-lined grand boulevards that characterize the city today.  Although not on the scale of what would come to be known to history as Haussmanization, UTA’s new TRAX line connecting the Salt Lake International Airport with downtown Salt Lake City will similarly impact the urban area along North Temple, both commercially and socially. Thus, the official opening of the line this past Saturday was cause for celebration for the people who call that area home, and cause for an informative and motivational art exhibit at Mestizo Institute of Culture & Arts.

Mestizo is located at 631 West North Temple, beneath the shadow of the Interstate that symbolically and physically cut off the city’s west side. What better place, at the entrance to this underdeveloped neighborhood, to examine the effects of planning and development on a thriving population.  Just what affects, for good or ill, this new line is having or will have on the locale is the subject of the work by nine photographers currently on exhibit at Mestizo. On North Temple Street , a photo-documentary installation curated by Erik Daenitz, opened on April 13th, the same day neighborhood parties celebrated the five new transit stops along North Temple. The exhibit is a sensitive exploration, focusing “a lens on the past, present and future,” in a way that is informative and, ultimately, very encouraging.

The cycle of photographs begins with black and white stills by Trent Nelson that hearken to the past and focus on the neighborhood that surrounds Mestizo.  These images have a lonely, deserted, stark ambiance, reminding the viewer of the neighborhood’s past. Contrast these with a pair of current photographs showing two groups of young people of differing ethnicities, both glowing with health and happiness. Other photographs show the promise of prosperity the TRAX line heralds.  A nocturne of one of the newly built stations, by Chris Oakley, is lustrous and shiny with color — a symbol of security and vitality.  In an image captured by Joe Engar, a chic urban retailer crowded with young, hip, moneyed patrons, could be mistaken for a scene out of City Creek.  Progress is progress, and a neighborhood neglected is an opportunity missed. On North Temple Street is a refreshing examination of one of our city’s unique neighborhoods and suggests that with the opening of the Airport TRAX line, Rose Park and Poplar Grove may be as attractive destinations as the airport. 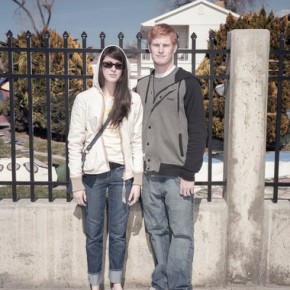 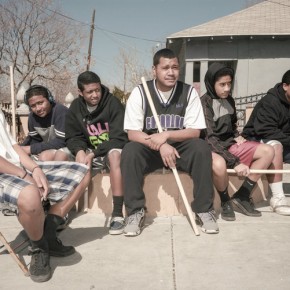 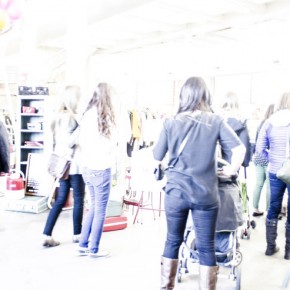 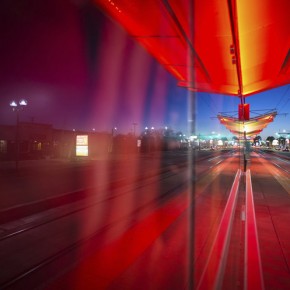 The exhibit is open for Gallery Stroll, Friday April 19, 6-9 pm. The first two hundred people to visit and mention 15 Bytes will receive complimentary passes to ride the new TRAX line and visit its public art installations (see the April 2013 edition).

Tagged as: Erik Daenitz, Mestizo Institute of Culture and Arts