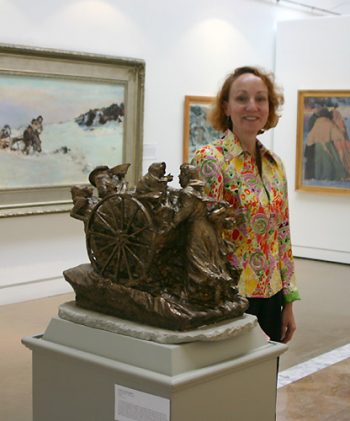 Kandace Steadman is the driving force behind MUAH

Have you ever tossed a small pebble into a pond and watched as the ripples extend out seemingly forever? The Utah Museum of Art at 125 South Main Street is a relatively new and small organization but it is making its presence felt and generating big waves in the Utah art scene. Executive Director Kandace Steadman is the driving force behind all of the action.

Kandace Steadman was born in Salt Lake City to parents who were involved with theater and music, but not necessarily the visual arts. “I am a product of ‘road shows’ and can probably hum or quote lyrics from most musicals dating back from the 1970s,” reveals Steadman. “I went to BYU with the intention of studying interior design. I had registered for an art history class with Dr. Richard Gunn and fell in love with the topic. I distinctly remember standing on the quad at BYU when I decided to change my major to art history (as a freshman no less) and feeling a visceral, internal shift take place inside of me. It’s as if one set of doors had closed and another opened.”

Steadman stayed at BYU, and earned a masters degree in educational administration. Employment took her to Washington, DC where she lived and worked for 12 years. Eight of those years were blissful times working at the National Museum of Women in the Arts, where she worked in a variety of departments, gaining valuable museum management and operation skills. “My favorite position was as assistant curator of education, where I ran a literary series and also put together a series about women chefs in Washington, DC and their sources of inspiration.”

Steadman moved back to Utah in 2000, purchased her grandparents’ home in Sugarhouse and began working for the College of Education at the University of Utah. “Since I was on campus and had always wanted a masters in art history, I knew I wouldn’t get a better opportunity, so I enrolled in the program,” she says. In 2004, Steadman began working for the newly created MUAH as its development director. She was made interim director in November, 2005, when the former director, Tom Rugh, left his position. Then in May of this year, Steadman was appointed to be the Museum’s executive director. In that same month, she finished her Masters in Art History. “My thesis was about the art patron, Mabel Dodge Luhan,” she says. “I had the privilege of studying with Bob Olpin.” 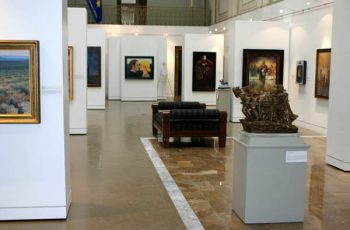 Next month marks MUAH’s ten year anniversary, a period in which they have installed nine exhibitions, the newest of which opened this past week. MUAH’s mission “to foster among people an awareness of, and excitement about, Utah art and its history so that they may draw significance and perspective from the past and find purpose for the future” is embodied in their current exhibition. “Wille and Martin Remembered: A Tribute to the Mormon Handcart Pioneers” features thirty-seven works of art by living Utah artists to commemorate the rescue of the two handcart companies trapped in eastern Wyoming in the winter of 1856.

Speaking of the Museum’s upcoming projects, Steadman says, “In November, we’ll be hanging some of the paintings featured in the ‘Painters of the Wasatch Mountains’ book, which the museum produced last year. Then we partner with Salt Lake Community College for their President’s Art Show. Then we partner with the International Rescue Committee to document in words and photos the lives of immigrants in Utah. Then we have an exhibition with the Chase Home, then the Deseret Morning News/Days of ’47 art show.”

Exhibitions aren’t the only thing the Museum and Steadman have planned. “We also have some building projects planned: we’ve raised about half the money we need to renovate the facade of our building. We’re still deciding about the design for the facade, but are anxious to get the outside of the building completed, with a new door, vestibule, better climate control, etc. We also want to renovate our basement space so that we can have double the exhibition space.” 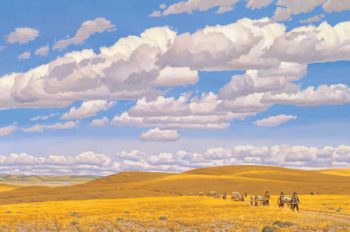 Helping to facilitate planned growth is a recent federal grant from the Institution of Museum and Library Services. It has provided funding for a review of MUAH institutional policies and practices and the development of internal tools to help better manage and plan for the future. “We’re completing an exhaustive self-study”, reports Steadman, “which we will submit in March and then have a peer reviewer visit MUAH and create his/her report as to our strengths and weaknesses.”

And what are the strengths and weaknesses of Steadman’s job? What Steadman loves most about her position is what most people in the arts love, “the people and the passion for art.” What she dislikes is what most people in the arts dislike, “lip service for support for the arts, but not taking the next steps: providing the required financial support, legislative support, and volunteer support.”

Support for the arts is a community effort and Steadman is eager to be a continued part of it. “All of us are working together with more established organizations to strengthen the arts, not diminish or subdivide them. Think of what Bob Olpin, Bill Seifrit, and Vern Swanson have done to expand our knowledge about Utah art and artists. Haseltine started much of it. Work is being done today by Donna Poulton and Janie Rogers. We need to keep learning and exploring so we don’t forget the past and hopefully we will gather greater support along the way.”

She continues, “I think the Gallery Stroll, collaborative exhibitions, the events in Spring City, Springville Museum of Art, all help fill that role. It can’t be the responsibility of only one venue.” Steadman favors and is excited about recent talk about development of a downtown cultural district. “Bring it on!” she exclaims.

Steadman will continue to do her part by looking to the long and short-term goals of MUAH. “Long term, we need to raise several million dollars to renovate our 127 South Main Building so we have even more gallery, office, and education space. In the short term, I’m hoping to lease out the space to another arts organization for a couple of years.” 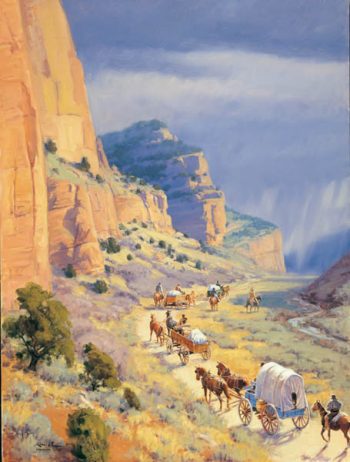 While Steadman may be a petite and attractive young woman, dynamite comes in small packages, and she has proved herself to be a heavy hitter – a small pebble making far-reaching waves . Steadman appreciates her position as director of the Museum and loves “being surrounded by great art, great artists, people who are passionate about our state’s history, being downtown in a drop-dead gorgeous building, working with a great staff and board, working with wonderful people who know important information about the state’s art and history, or who know where to find those people, telling great stories, honoring our heritage, letting out-of-towners know about Utah, networking with others to get exhibitions planned and up.”

The Museum of Utah Art and History is located at 125 South Main Street Salt Lake City, Utah 84111. More information about the organization and its programming can be found at their website: www.muahnet.org