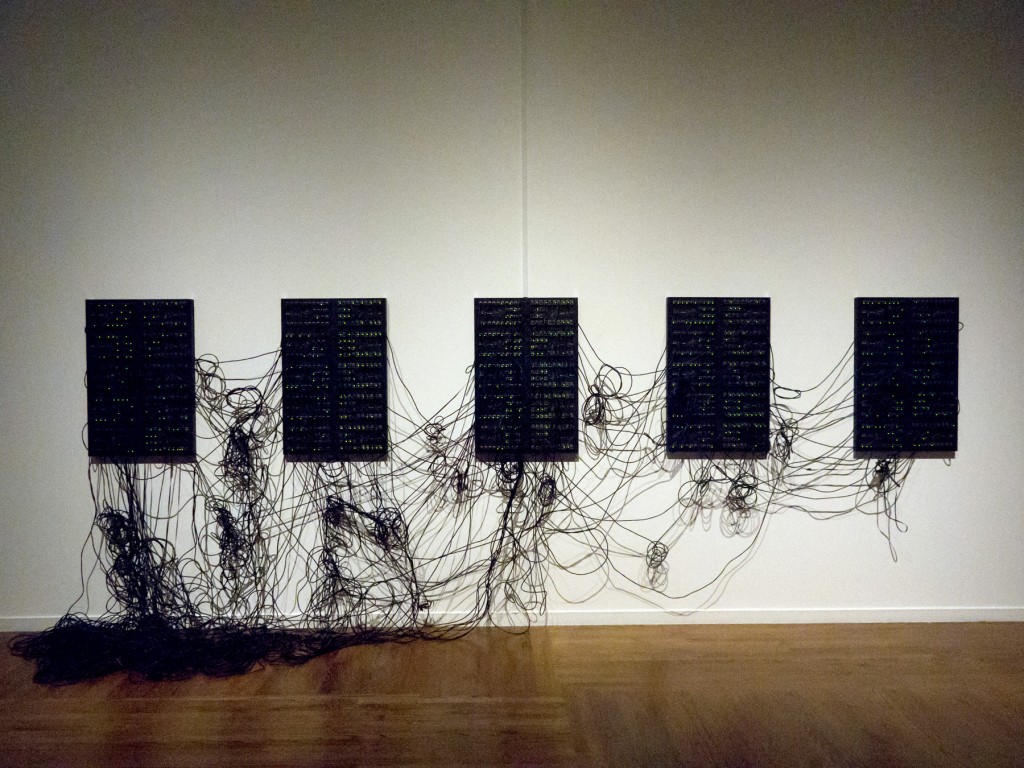 In a technologically vibrant world, it is increasingly difficult to separate ourselves from our digital appendages, as screens, wires and gadgets serve as tangible reminders of the more complicated, invisible networks that surround us. History demonstrates that episodes of great progress like ours are met with a combination of excitement and fear: while modernity conjured seemingly endless opportunities for societal, intellectual and creative advancement, it also inspired the dystopian worldview made famous by George Orwell’s 1984. In our own ear of progress, the surveillance state that increasingly permeates our technologically addicted lives, has made Orwell’s “Big Brother” less a novelistic device and more a quotidian reality. “Panopticon: Visibility, Data and the Monitoring Gaze,” the Utah Museum of Contemporary Art’s mammoth collection of photographs, video, sound, installation and multimedia works curated by Rebecca Maksym explores this expansion of surveillance in our times. Both individually and in unison, the works resonate immensely with a 21st-century audience, evoking themes across a broad intellectual and political spectrum.

In June 2013, Edward Snowden became a household name for leaking internal records from the federal government’s National Security Administration (NSA). These classified documents revealed the extent of the NSA’s data collection program, which included previously undocumented global surveillance programs, inspection of millions of personal Internet, email and phone records and covert tracking of data centers such as Google and Yahoo. The Snowden leaks opened up a national debate questioning the relationship between government surveillance and personal liberty. While private intrusions on the scale unearthed by Snowden appear distinctly egregious, they serve as the natural progression of post-9/11 domestic policy. In his explosive book Pay Any Price (2014), New York Times journalist James Risen refers to the collective sum of such post-9/11 policies as the “national security complex.” Conjuring the often-used political classification “military-industrial complex,” Risen notes the increasingly intrusive policies of government. Thus, we live in a nation where technology is a conduit to a state of perpetual surveillance.

This surveillance state has come to rest in Utah at one of the NSA’s largest data-collection facilities, located in Bluffdale. Related facilities, though, are spread throughout the United States, often in remote areas. In “They Watch the Moon,” artist, author and geographer Trevor Paglen, who is credited with documenting the largest collection of images of the Bluffdale data center, captures an image of a “listening station” deep in the forests of West Virginia. The large structures appear sleek and haunting in the isolated geographical terrain. In addition to his photography, Paglen collaborated with filmmaker and activist Laura Poitras on the Academy Award-winning Snowden documentary Citizenfour (2014). Much like the film’s stark portrayal of the national security complex, the works in this exhibition weave strands in a collective dialogue that deserves to be vocalized.

The psychological effects of technology are in some cases obvious, while in others continuing to play out. A series of social and economic exercises have emerged from the convenience of technology. Undoubtedly our ability to function within society hinges on a willingness to assimilate with technology. So what do we make of our collective willingness to be observed? Are we fully capable of knowing the consequences of using the Internet as a venue for personal expression? Paolo Cirio’s “Persecuting US,” (2012) tackles this dilemma. His audio work invites viewers to listen to a stream of information harvested from over a million Twitter accounts. Obtained in the aftermath of the 2012 presidential election, a mechanical voice recites personal opinions from numerous individuals. The work questions the prevailing link between oversight and security, instead unveiling the dangerous implications of such intrusion.

As arguably the most visually striking piece in the exhibition, Addie Wagenknecht’s sculpture “XXXX.XXX” (2014) stands as five vertical boxes connected by tangled wires. The artwork visualizes that which is normally invisible, as the “cloud” is traced to a concrete technological system sending and receiving WiFi signals. The work’s starkly powerful presence and intrusion within the gallery space conjures one of Eva Hesse’s minimalist wall sculptures. In the face of ever-increasing systems of digital communications, it is unclear such a device should read as comforting or unsettling.

As a collective, the show evokes the potentially unsettling implications of technological intrusion. While many of the artworks narrow in on the larger historical, political and social implications of technology, others focus on the individual, on the formation of personal identity. Kate McQuillen’s “X-Ray Series” (2012) arouses issues of voyeurism that pervade America’s Homeland Security procedures. The series of X-ray images show stealthily concealed weapons embedded in clothing and undergarments, recalling the intrusive TSA screening procedures standard at every airport in America. Here the method of surveillance is not directed at ideas, but one’s body.

In a post-9/11 world, security tactics such as these are now commonplace and reinforce a basic human desire for the convenience and illusion of protection. Yet, the effect of the technological gaze has become commonplace in America. Makysym hopes that the exhibition’s focus inspires a larger conversation about personal freedom and patriotism in a rapidly changing national landscape. 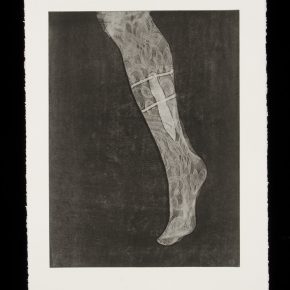 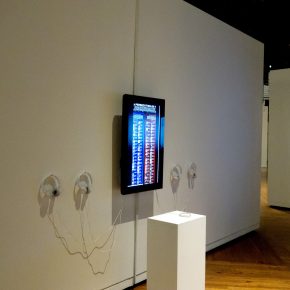 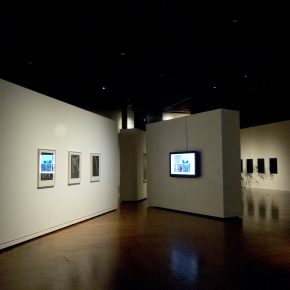 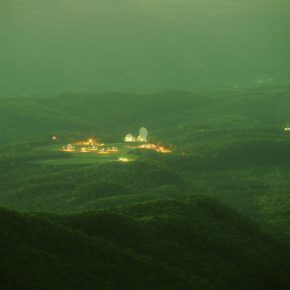 Panopticon: Visibility, Data and the Monitoring Gaze will be on display in the Utah Museum of Contemporary Art’s main gallery from February 13-July 25, 2015. The UMOCA is located on 20 S. West Temple in Salt Lake City, UT.