The enduring power of art: Katie Marie Liechty at BYU 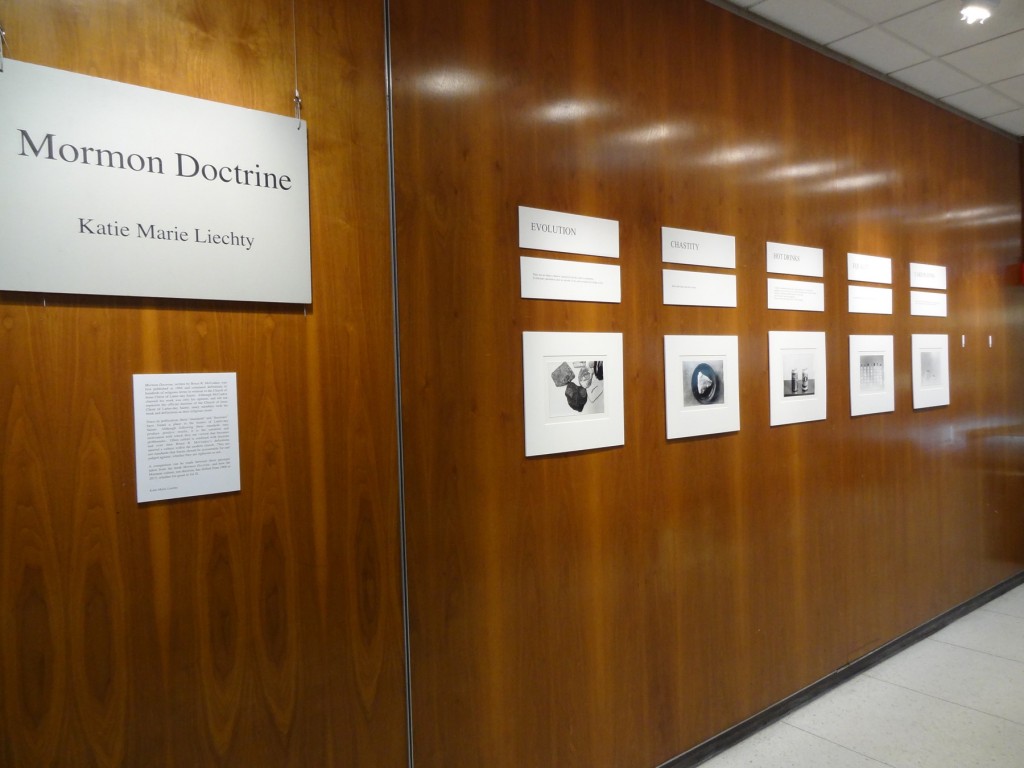 On July 16, in the Harris Fine Arts Building, a traditional showcase for BYU student projects, senior Katie Marie Liechty installed what might have been intended to be three separate ensembles, although the complete installation also works well as one compound work. Given the subject matter of this innovative triptych of installations, she surely must have anticipated some critical feedback, but she couldn’t have anticipated the scandal that erupted four days later. By then, as reported in the The Salt Lake Tribune on July 28, part of her elaborate mixed-media ensemble had become, so far as is presently known, the first student work to be stolen off the walls of a BYU gallery. Not only were a photograph and an accompanying text removed by someone unknown, but the notice calling attention to the theft that Liechty replaced them with also subsequently disappeared.

Taken as a whole, Liechty’s three-part installation uses aesthetic means ranging from straightforward sincerity to sophisticated innovation to highlight the crucial, almost universally misunderstood difference between theology and culture. Some of her elements repeat: most notably reference to the 1956 book Mormon Doctrine, by the late LDS General Authority Bruce R. McConkie. The left-most third of her entire display contains half a dozen photographs, each inspired by a quotation from McConkie. The quotations, his advice concerning how the faithful should think about Evolution, Chastity, Hot Drinks, Equality, Card Playing, and Heavenly Mother each hang above the artist’s photographic response. An actual copy of Mormon Doctrine can be found in the left side of the vitrine, in the center of which case are three untitled, handcrafted volumes. Another sign identifies these as ‘Coptic Bindings’ meant to represent the presence of the three persons of the Godhead. Appropriately, they form the centerpiece of the entire installation. To the right side of these volumes, balancing the McConkle volume, are two typical editions of the Book of Mormon. Beyond the glass case on the right, five untitled photographs of trees labeled “The Modern Mormon Church” echo the six photo and text pairs on the left. 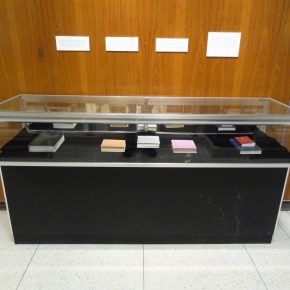 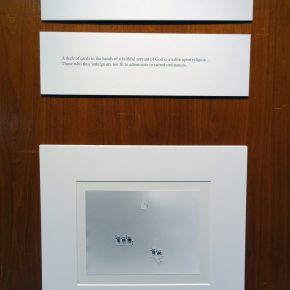 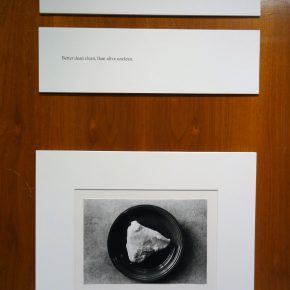 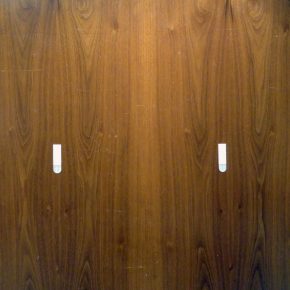 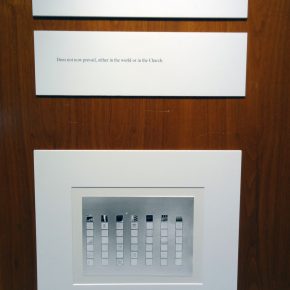 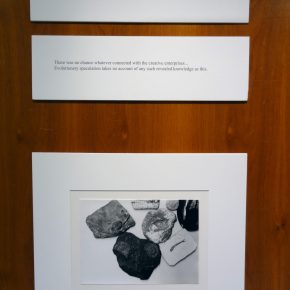 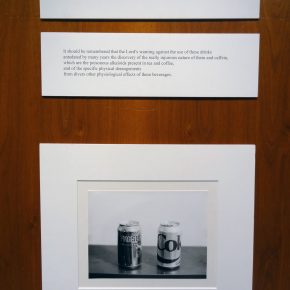 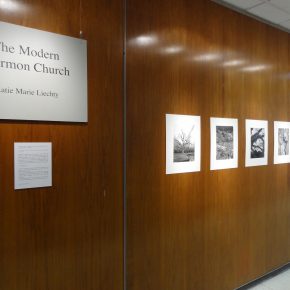 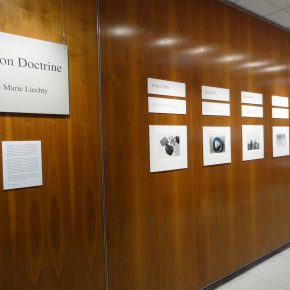 Much of what’s seen can be accounted for by reference to the academic context: especially the meticulously mounted photos, hand-bound books, and the signage, all of which appear to satisfy the need to show skill, polish, and the ability to complete a project. If there’s anything to criticize, it would probably be the loose way some of the parts connect with each other. Yet such desirable control of the viewer’s experience takes years to learn, and is almost never seen at the student level. Meanwhile, where Liechty steps outside the familiar domain of landscapes, figure studies, and visual memoirs commonly seen in the Harris is in her direct reference to subjects many of her fellow religionists would prefer not be discussed (or represented) in public, even in a supervised venue and before a sympathetic audience. And it’s this boldness, rather than anything her work says, that probably led to her work being censored in a most extreme fashion.

While the artist might have distinguished them more clearly, two unmistakable subjects emerge from the more than two dozen items she displays: doctrine and culture. To oversimplify, the first forms the revealed substance of a religion, which the devout must accept, while the second includes the shared, and in some degree optional customs of its members. Doctrine may demand modesty, but whether the practice requires sleeves or a burqa is determined by culture. What Liechty presumably noticed about Bruce McConkie’s book is that it was extensively revised by church authorities before publication, frequently and openly questioned later, and allowed to go out of print five years ago. In other words, its fate in the world looks a lot more like culture, which evolves, sometimes rapidly, than like doctrine. For that, instead of soft drink cans and frozen chicken, she offers venerable, weathered trees.

Given the topics the artist chose, it’s probably not surprising that the stolen text and image were those referring to Heavenly Mother. Yet while the text was taken from McConkie, the image that accompanied it was left blank, as though to invite viewers to fill in their own mental pictures. While it’s speculation at this point as to what motivated the thief, it’s possible that it was this unbearable freedom, well known to artists but here extended by her to her audience, that proved too much to handle. Whatever the case, as one observer commented, it’s actually oddly pleasurable, in spite of the outrage and all the injury done, to realize that even in this disposable age, a work of art still can prove so unsettling that someone would compromise personal standards and violate the trust of an entire community to hide it from sight.