On Friday evening, the joint exhibition by Jody Plant and Frank McEntire that opens at Finch Lane Gallery (6-8 pm) may provide material support for the bill. In Double Vision the two artists use assemblage to combine an exploration of the four classical elements of earth, wind, fire and water with an evocation of a fifth, a transcendent, fleeting element conjured up in the studio. One work on display is Plant’s “The Conversation,” inspired by Robert Smithson’s Spiral Jetty and accompanied by the following poem. 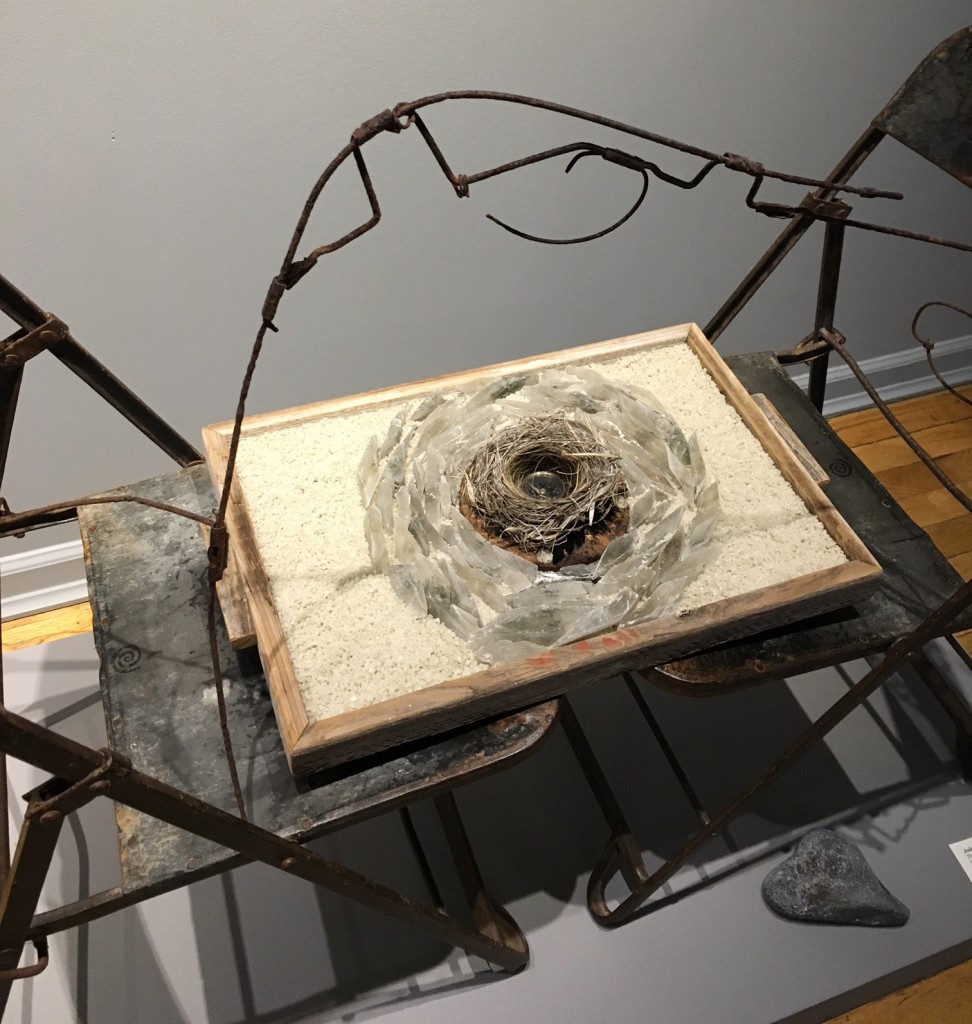 ten miles on a dirt road

completely off the grind

out there only vast solitude

other murmurations occur too.

The Spiral Jetty is otherworldly

ghosts of time and salt.

On the playa underfoot

glimmer a mirage of wonders,

We call in the elements

from the four directions

a stones throw away abyss

we are lost and found in silence

we know the jetty will keep us

we know where to disappear.

Double Vision, featuring assemblages by Jody Plant and Frank McEntire opens at Finch Lane Gallery Friday, March 4th, 6-8 pm, and continues through April 15. Plant will be the subject of our Artist Profile in the March edition of 15 Bytes.