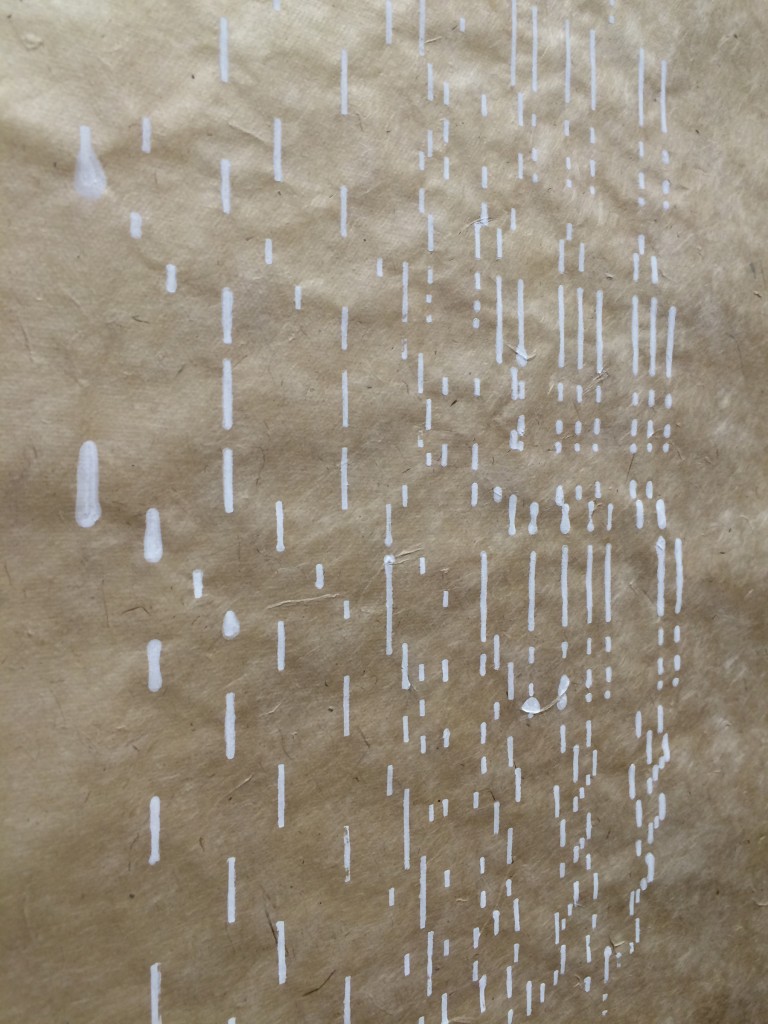 Sandy Brunvand will consider just about anything as a matrix or component for her printmaking practice: dog hair, staples, rusted metals have all made their way into her works. For her most recent series of prints, now on exhibit at The Granary Art Center in Ephraim, Brunvand has turned to the player piano, or rather to the scrolls that were fed to them to create music in homes and saloons at the turn of the last century. 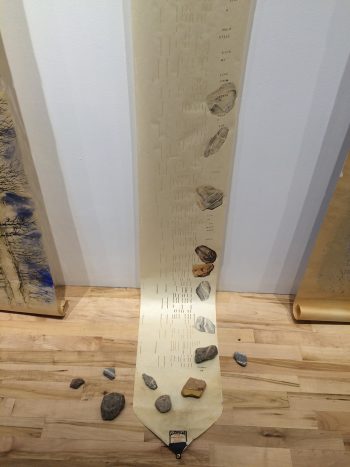 Coding has become a ubiquitous if invisible part of our everyday lives, the holy spirit of a secular age: billions of ones and zeros now churn through the small devices we carry on our bodies like necessary appendages. So it may be hard to conceive of a time only a half-century ago when computers were large machines that filled entire rooms, fed with clumsy punch cards that were akin to the player piano scrolls from a half century before. But that’s what these scrolls of negative spaces, dashes and dots call to mind.

Several are displayed as individual sheets, the size and appearance of a regular print, but others hang on the wall as long scrolls falling to the ground, read vertically as the head moves from ceiling to floor. They float off the wall, creating a ghost print of shadow on the white wall behind. The aged nature of the paper adds a patina of warmth and beauty, but also threatens corruption and disintegration. They are presented simply, as themselves, or backdrops for the artist’s personal imprint.

We see these dots and dashes and imagine notes, witness the blank paper and hear silence. The marks encode and decode an undefined sensory experience, evoking time and sound, mystery and language, all while hanging silently on a wall. 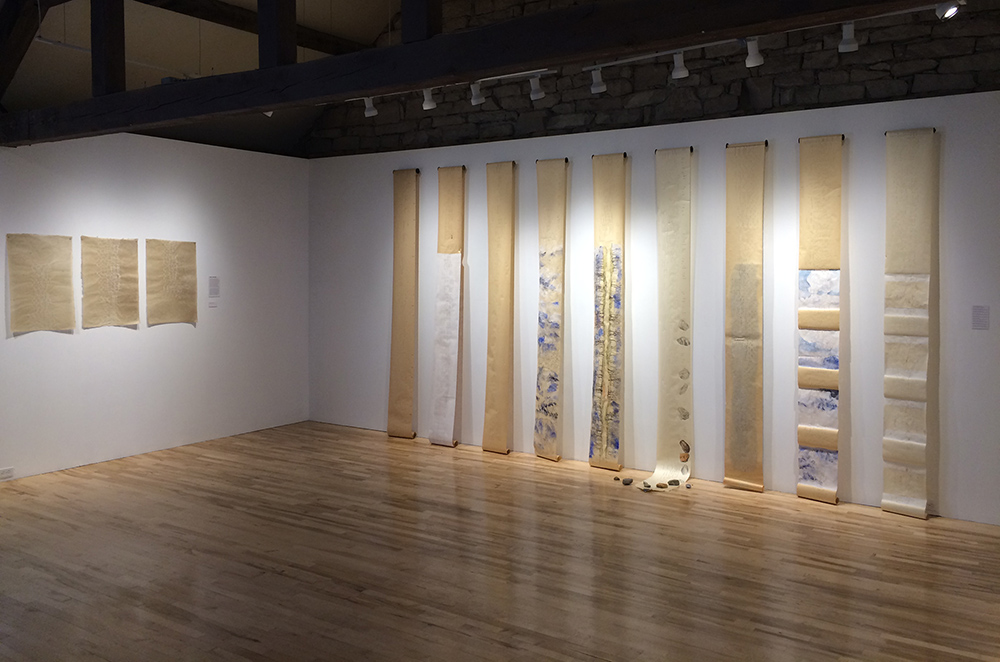 Positive Space of Silence, featuring work by Sandy Brunvand, is at the Granary Art Center in Ephraim through May 13.