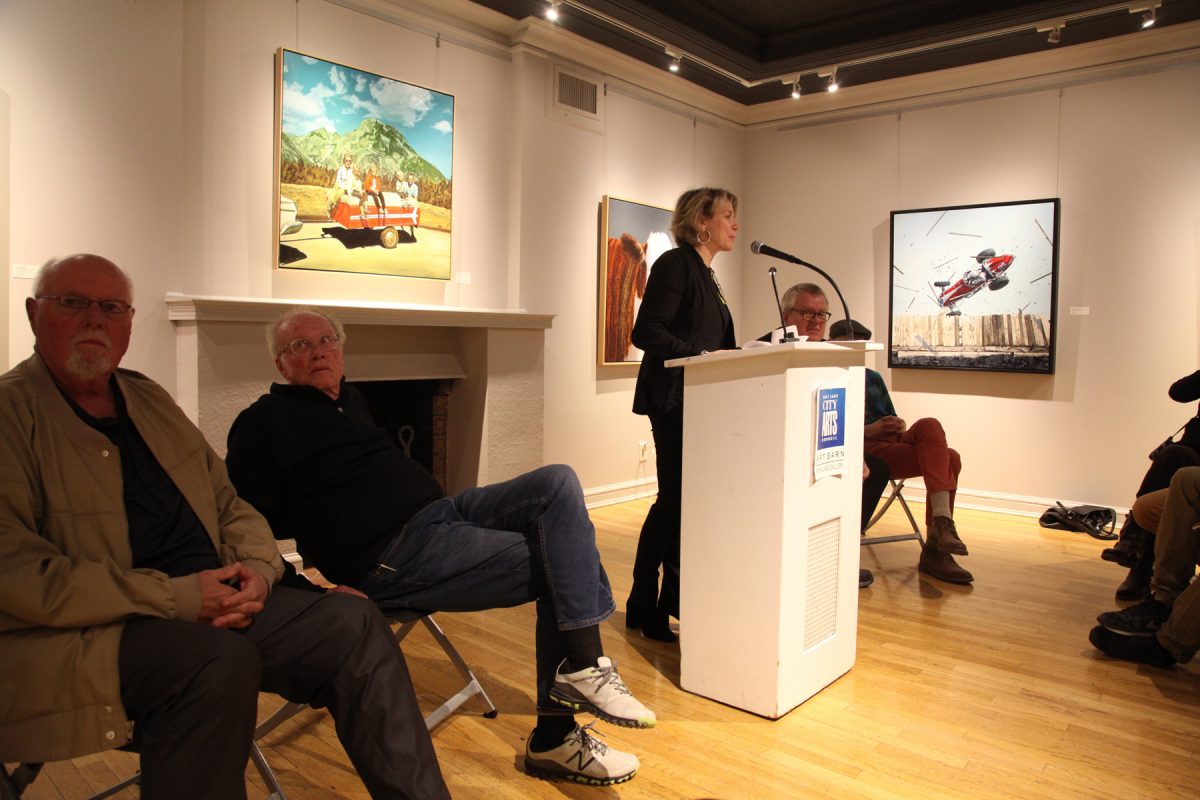 For a while, seemed like everyone was painting still lifes. Images of vintage toys and figurines (maybe some marbles and matchbooks as well) viewed straight on and placed in nondescript settings popped up everywhere. It was turn of the century. Salt Lake City area. Not always easy to tell the artists apart. The Utah landscape was also ubiquitous — carved out in dominant planes, executed with smooth paint and crisp accent strokes, all showing a family resemblance. This genetic similarity was the undeniable influence of Paul Davis and David Dornan, University of Utah art professors who stressed the fundamentals of painting and drawing, and whose traits, like an ancestor’s red hair or hooked nose, could be easily identified in many of their students. When Dornan and Davis left their university jobs (1999 and 2002 respectively), the students followed — to Helper, a Carbon County coal-mining town that had seen better times, where Davis and Dornan took advantage of cheap real estate and a dearth of distractions to create an artistic oasis.

Two decades later, Square One, an exhibition at Finch Lane Gallery through February 23, celebrates the influence of the Helper workshops with an exhibit that brings together works from the pair of teachers, their fellow instructors and a score of former students who have forged their own successful careers as artists. The paintings are all mostly square, about the same size (40” x 40”), and simply framed — giving the exhibition a uniform look, like a family portrait where everyone is wearing denim. And the dominant family traits are present: the still lifes — including Dornan’s, with its bravura paintwork, and that of Marilou Kundmueller, Dornan’s wife and a frequently unsung third in the trinity that created the Helper workshops, as well as examples of some of those vintage items simply presented (marbles and toy cars in the case of Kathryn Martinez, an antique typewriter in that of Wendy Chidester); and the landscape — the signature brushwork evident in pieces by Doug Braithwaite and Patty Kimball.But the exhibit offers other tributaries that branch off from the Helper source, from the pop puns of Ben Steele and livestock portraits of Charles Snow, both of whom have made Helper their home, to the figurative work of Lane Bennion and Kate Kilpatrick-Miller and the cityscapes of Aaron Memmott, C.J. Hales, and Rob Adamson.

Prior to the opening reception, Friday, Jan. 19, a packed crowd attended a panel discussion, organized by Janell James and featuring Dornan and Davis, as well as art historian Donna Poulton, and Helper instructors John Erickson and Tony Smith. The following recording, edited slightly for time constraints, features, in order of appearance: Donna Poulton (oo:49), Paul Davis (05:32), David Dornan (15:43), John Erickson (27:22) and Tony Smith (34:10), with some concluding comments by Marilou Kundmueller (39:39). Due to a technical snafu, a slight portion of the beginning of Erickson’s presentation, where he says Helper is not for everyone and, tongue-in-cheek, compares David Dornan to Col. Kurtz of Apocalypse Now, is missing. 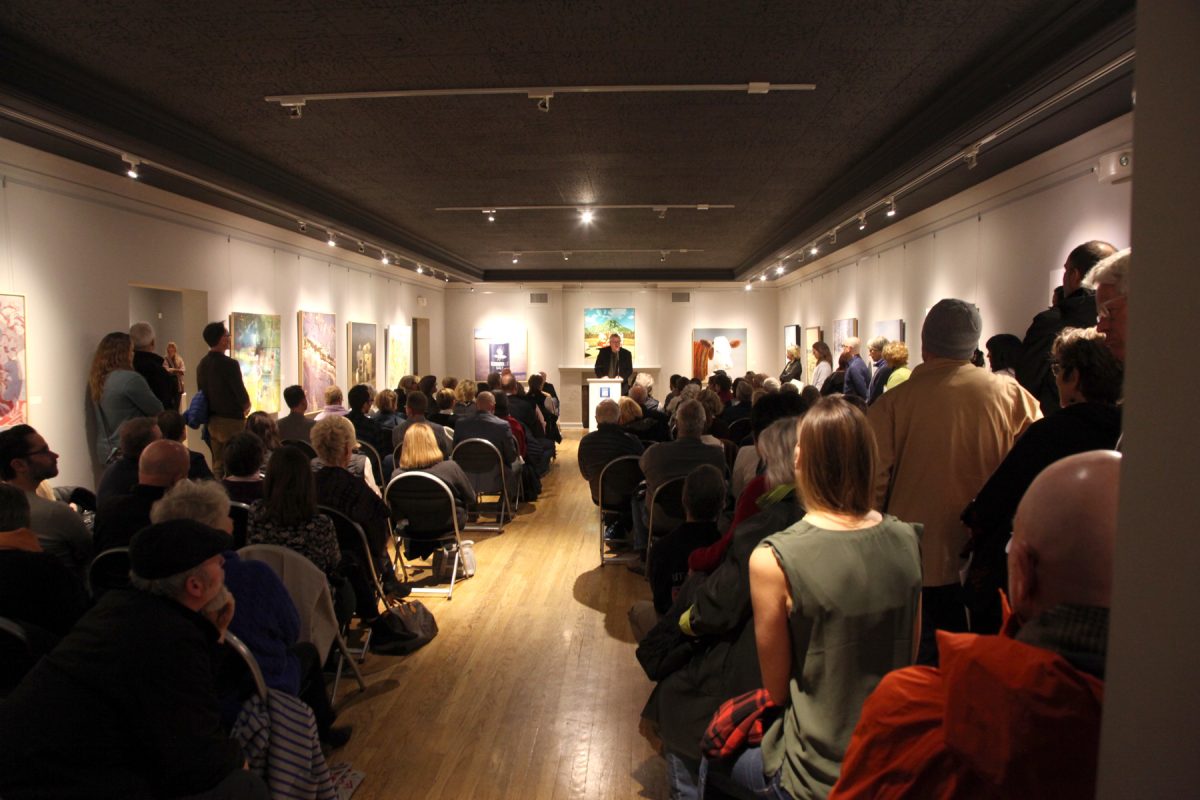 It was standing room only during the panel discussion for Square One: Helper Artists of Utah. 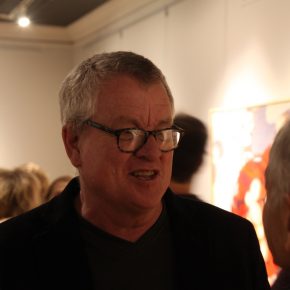 David Dornan during the opening for Square One. Photo by Brandon Cook. 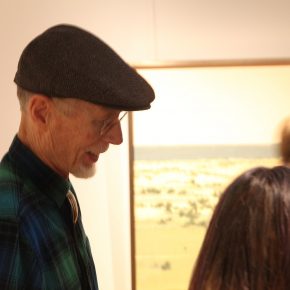 John Erickson at Square One exhibition. 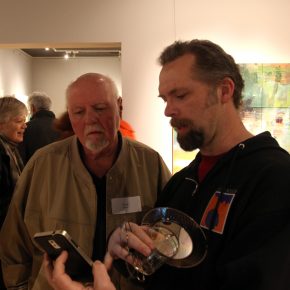 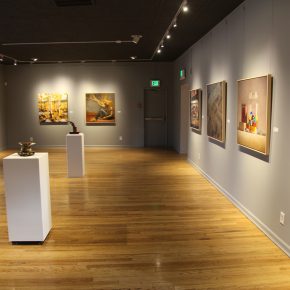 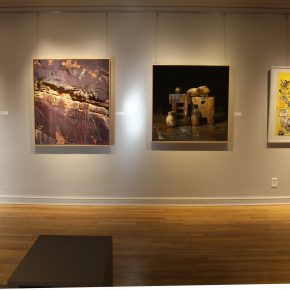 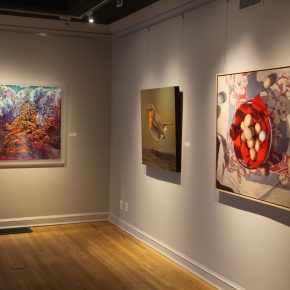 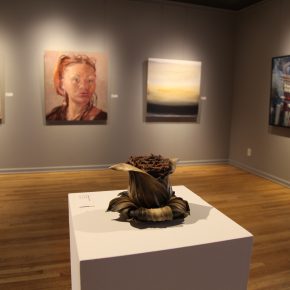 The 1-5-B is 15 Bytes weekly(ish) podcast on the Utah art community, featuring interviews with artists, writers, performers and curators.