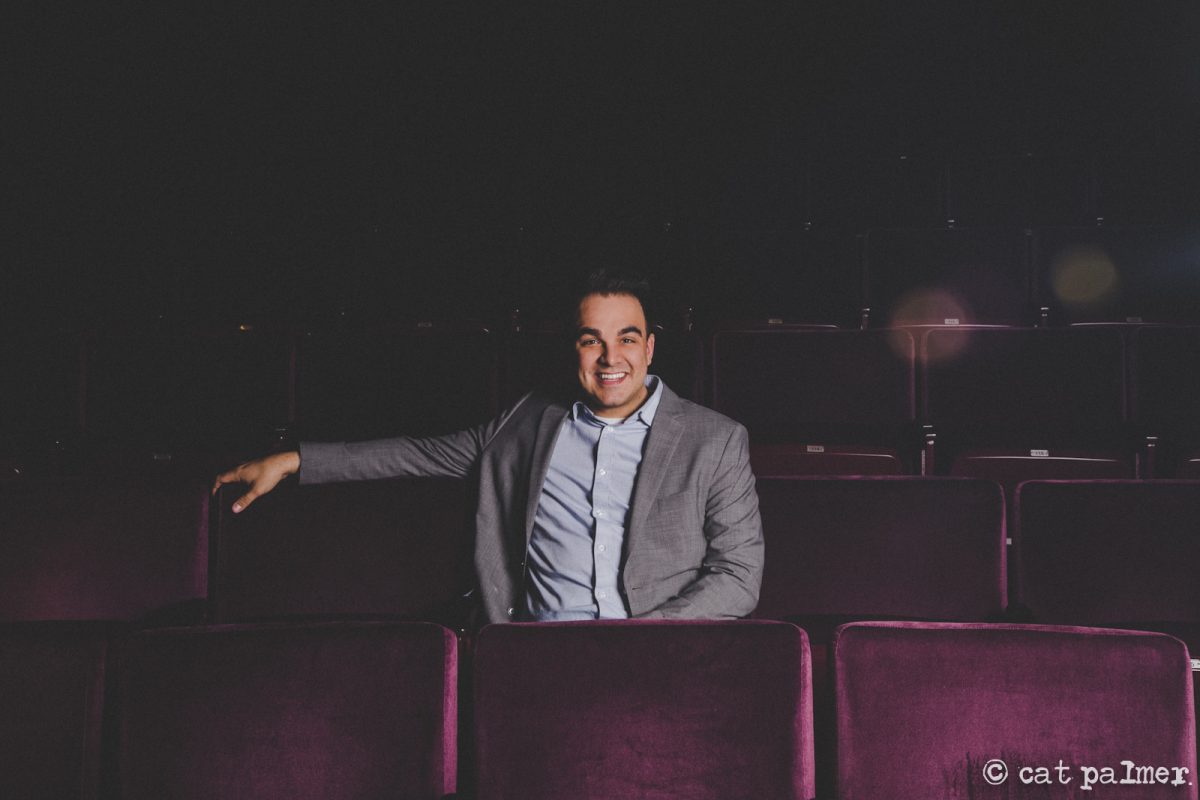 When asked flat out what he wants people to know about him, he adds, “We should be creating places where everyone belongs. I want to challenge the status quo. I believe we should do things with and by the community and not to and for the community.”

The Provo native is all of 28 years old and admittedly doesn’t get much sleep. “COVID relief efforts take a lot of my time,” he says. That and at least a dozen other volunteer programs – like the Ogden Diversity Commission, Ogden Civic Action Network — and several board positions he has been named to in the northern Utah city where he resides in a 130-year-old house (its ongoing renovation devours considerable time and treasure) with his husband of seven years, software analyst Sean Bishop. They share the space with Tedd the Good Dog and Tina the COVID Lap Cat (seems it was a bit lonely with just Tedd to come home to).

Knuth also took up skiing for the first time during the pandemic. “I fell five times before I ever got to the chairlift,” he says ruefully. “I’ve had two hip replacements. I hike a lot, though. And now I also ski and golf.”

He hasn’t let the grass grow career-wise, either and seems to have moved like clockwork into increasingly more responsible positions every couple of years: Marketing and Communications Manager for Salt Lake Acting Company, 2013-15; Education and Outreach Manager for the Browning Center at Weber State, 2015-16; Leadership Giving and Community Engagement Director, United Way of Northern Utah, 2016-18; Development Director for Onstage Ogden, 2018-19; Development Director II for Weber State University 2019 until taking the job with the Salt Lake City Arts Council (he started Jan. 4) where his primary duties will include working directly with several program managers to implement a new strategic plan in 2021 for the Arts Council focused on fostering cultural equity and social impact, strengthening organizational health and development, cultivating and building partnerships, and elevating the arts sector. He will support and uplift the Salt Lake City Arts Council’s mission and vision through administrative support and engagement with the community, working with people from diverse racial, ethnic, and socioeconomic backgrounds.

Knuth also will administer the City Arts Grants Program. He says he hopes to increase awareness of social justice issues, to “translate the arts as a social beacon for this sort of work. One thing I do know is that we are resilient, we can fight oppression.”

He graduated from Clearfield High, and attended Weber State (as did Bishop). The pair spent some time in a Harlem loft above the Apollo Theater doing internships for Broadway producing companies. Both perform in “mostly” musical theater. Knuth says he came back from New York, “because I thought I would be a star one day; until a wise professor said I should do arts administration. She had me do stage management. It turned out I was good at arts administration and I liked being in charge. So, I emphasized in stage management.

“I moved to New York for performing arts and came back to be in management. And for the sense of community and the housing opportunity — which right now is the house we own in Ogden. Blood, sweat, and tears and a sense of community. And being a commuter isn’t all that bad,” he says with a laugh.

Knuth points out that the city’s Department of Economic Development houses the Arts Council. “I think that Salt Lake City is beginning to look at what economic recovery looks like and that arts and culture fits into the plan. It centers the arts in our day to day lives. People aren’t moving to places that are boring. They are moving to places with nightlife and food — and art. In the next three to five years, Salt Lake City will be drawing people from Texas and California,” he predicts.

He adds that one of his theater professors said: “If you are doing art, who are you speaking to and why?” Knuth says, “It’s important to emphasize that we can have artistic experiences in a safe way even during a pandemic.” This much passion after less than a week on the job offers perhaps the best sketch of the new man behind the assistant director’s title.

The current exhibit at Finch Lane Gallery, Andrea Jensen // Max Barnewitz & Joshua Graham, Jan. 15 – Feb. 26, 2021,is open to a total of 5 masked people (you and 4 others, or just to you alone) for 45 minutes by online appointment only.