Kathy Adams has been a dance reporter for two daily newspapers over a cumulative 20 years. She tells us “there have been few opportunities to write in depth about jazz or theater dance.” So after discovering Nick Palmquist’s class work on Instagram and later watching his rehearsal with SALT Contemporary Dance, she was thrilled to pick his brain about the current state of jazz, theater dance, and Broadway.

No one can take credit for inventing the fusion of jazz dance and hip-hop. But choreographer Nick Palmquist can lay claim to marrying classic jazz idioms with a street aesthetic and flipping the script on preconceptions about the art form.

The choreographer and in-demand teacher at New York’s famed Steps On Broadway studio is in Utah to create a new work on SALT Contemporary Dance, opening next week at The Marriott Center for Dance on the University of Utah campus (April 12 and 18-20). Palmquist hopes people will leave their expectations at the door because, he says, “Jazz dance for the concert stage is probably not what they think it is going to be.” 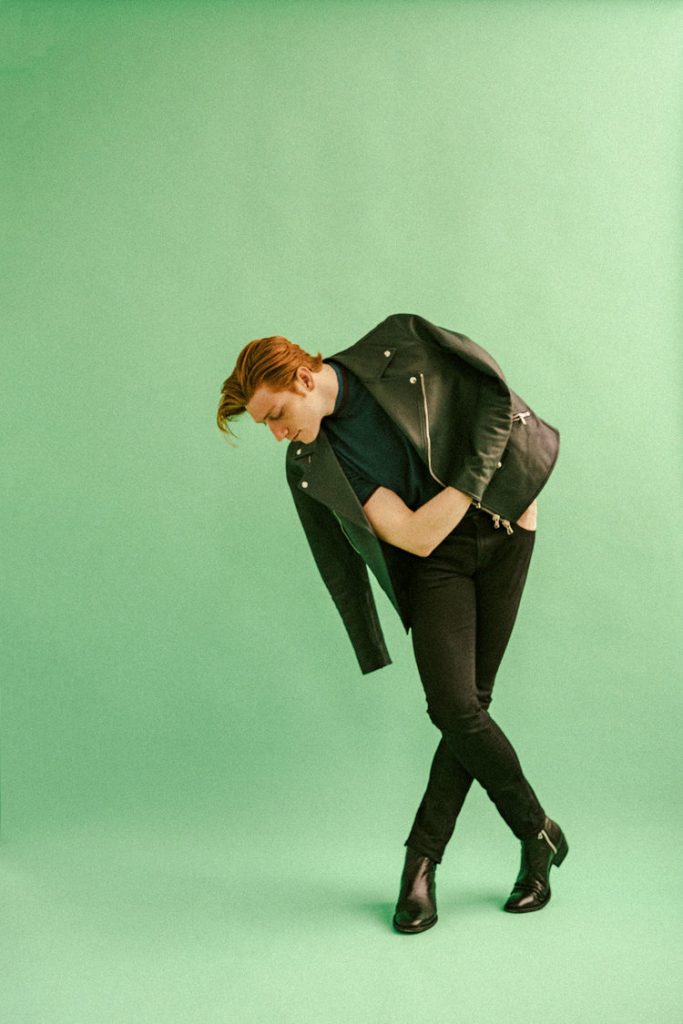 Palmquist holds such innovators as Bob Fosse in high admiration, and his passion for the genre is intricately wound in its history. In addition to recent jobs on “Saturday Night Live,” “The Tonight Show,”and the male ensemble in “The Rockettes New York Spectacular,” Palmquist was a cast member of The American Dance Machine (for the Twenty-first Century), a living archive established in 1978 to preserve original Broadway choreography. Learning and performing the work of Agnes de Mille, Jerome Robbins, Fosse, Michael Bennett, and Mia Michaels helped fine-tune his attention to stylistic detail and hone his backstage sensibilities. It’s part of what sets Palmquist apart from the commercial dance crowd (a term he bristles at). So do his attitudes on gender normative dance roles, the democracy of Instagram, and the diminishing role of the dance ensemble on Broadway.

Palmquist’s interest in dance began with the familiar story of the small-town boy who follows his sister to class and ends up following his dreams to New York. He was first drawn to the raw athleticism of martial arts and gymnastics, but said it all clicked “the day I saw guys dancing to music.” He graduated with honors in dance performance from Oklahoma City University and headed for New York. It wasn’t an easy transition since OCU didn’t have the networking opportunities offered by many colleges today that function as talent agents for students launching performance careers.

At first, Palmquist’s headshot alone drew enough attention to get bookings — “choreographers seemed to like the color of my hair, which is sometimes just how it goes.” Yet he began to find Broadway shows to be less interested in creating choreography and casting dancers for the ensemble, and more interested in triple threats or performers who can be tracked into multiple slots at the will of the producers.

“American Dance Machine was all the best numbers from the best shows on Broadway, and it inspired my love of narrative and storytelling,” Palmquist said. “It gave me insight into the spirit of what a Broadway show used to be built with.”

Kathy Adams: What do you aspire to as a performer and as a choreographer?

Nick Palmquist: As a performer, I love the ensemble experience. I want to feel really valuable to a show — as if you didn’t watch me in the show you would have missed some important information. When I choreograph for the concert stage, each dancer is integral to the arc of the narrative. What I look for in a Broadway show is a reason for the dancers to be dancing in the story — not just a break from the dialogue.

What is the career path for becoming a Broadway choreographer?

There isn’t a blueprint for that. Assistant choreographers are not credited for their work, so until you’re the head choreographer there is no record of what you’ve contributed. Michael Bennett danced in the 1961 touring company of West Side Story under Jerome Robbins and began assisting in choreography on Broadway after that. But you don’t hear much about him until 1976 when he wins a Tony for A Chorus Line.

Jazz companies as a concept have disappeared, why?

Everything has become fusion — both dancers and choreographers are so versatile. But I think it’s about finding the value in pop music as jazz — Rihanna’s “Love On The Brain” is jazz.

How do you think jazz is best adapted for the concert stage?

Twyla Tharp’s Come Fly With Me works well because it has a narrative arc, yet the show is completely centered on dance. It has interludes that set up the dancing so you don’t have the start and stop of a concert or a “recital” where the connection is either nonexistent or arbitrary. Most dance pieces are too long and especially if you’re going to use pop music as jazz often does, a four-minute song hooks you in. 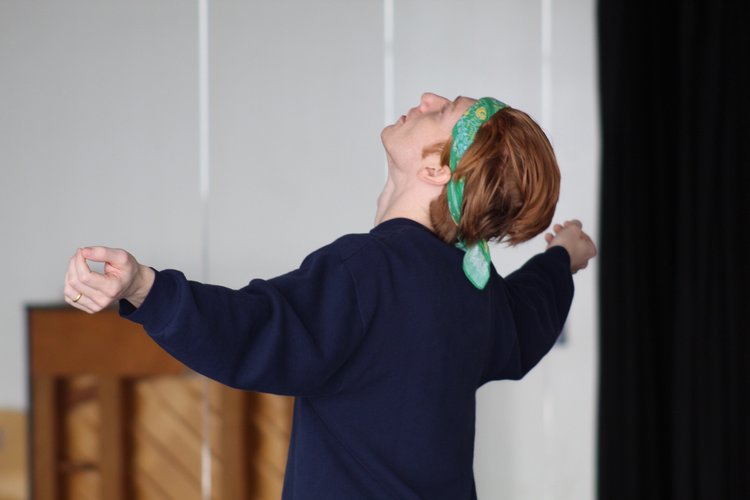 Palmquist teaching in Utah, courtesy of SALT and Lexie Corbett

In the transition from film to stage, Newsies lost the charming boy-energy and ended up with acrobatics. What happened?

Budgets? Broadway is a place for tourists so the goal is to be commercially successful.

Audience expectations have changed — sets, costumes, technological-generated effects all compete for attention. Paradoxically, budgets are smaller and casts are smaller and it seems dance is at the bottom of the priority list because even really strong dancers can’t book a job unless they’re a triple threat or willing to get tracked into numerous spots on any given night.

Is that what you meant about ensemble choreography?

When Robbins, Fosse, and Bennett were creating work, they choreographed distinctive characters. Now everything has to be reproducible so you can move it or tour it.

What is it about Fosse in particular that you admire?

There are lots of dancers and choreographers who carry on the Fosse legacy, but that sometimes means his canon of steps. I’ve always been struck by his use of stillness — the emotional content continued to flow through his movement, even when there was none.

I’m also drawn to the unisex nature of his ideas — not just specific movements but the ideas. In his work, Fosse showed a spectrum of people — their wants, their needs, their commonalities and differences — not because they were men and women but because they were people. 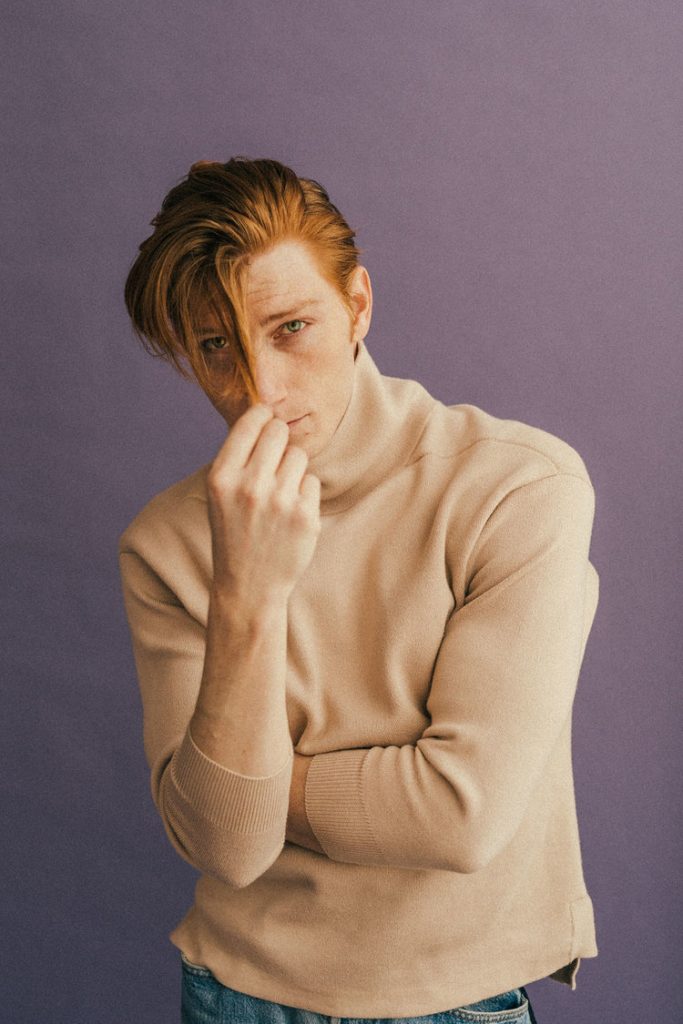 What I’ve loved about working with SALT is the artistry. My definition of art is refining your perspective as a choreographer, and conveying that clearly to the dancers who communicate it to every member of the audience. It has really meant a lot to me to create art with this company — it’s a luxury to go into the studio one day and come back the next to see if it still holds up.

You are an advocate for the democratization of art through Instagram but at the same time seem really embarrassed about it.

Yeah, well it’s a little embarrassing to self-promote — you can post your show, your picture and even a review of yourself all on your own page. But I have followers from all over the world — lots of moms, kids, people who don’t dance at all, but they all weigh in with their opinions. When I post video of my class, people often comment on aspects of a dancer that I’m not asking for — beautiful feet, great extension. But I think viewers are actually responding to confidence and musicality, which is harder to describe. Instagram viewers are making that dancer into a star without the pre-approval of a producer or a critic — they’re reaching that conclusion on their own.

As a retired critic, I don’t get very excited by the current Tony Award-winning choreographers — Susan Stroman, Christopher Gattelli, Andy Blankenbuehler.  Blankenbuehler seems to be the go-to guy for Broadway.

They are very good stylists. And working within someone else’s vision is tough.

I know you feel strongly about the way women are defined onstage.

I think that as a culture we’ve agreed on certain things about how women are portrayed onstage. Women are allowed to be sexy — although it‘s circumscribed by what men think is sexy about women instead of finding out what women think they do that is exciting. And men are not allowed to be sexy. The stage direction is always guys get off the stage — okay girls hit it!

Who, other than Fosse, choreographs empowering movement for women in movies or stage shows?

Michael Bennett and Kenny Ortega offer a spirit, a sense of freedom, and authenticity without being overtly sexual. The balcony scene in Ortega’s Dirty Dancing is hands-down the sexiest in any movie ever.

Free and uninhibited movement builds confidence and shows you love what you’re doing. I want the men and women I choreograph for in class or onstage to feel that they don’t have to be “perfect” when looking in the mirror because it’s the dancing that has brought out the perfect creature in them. 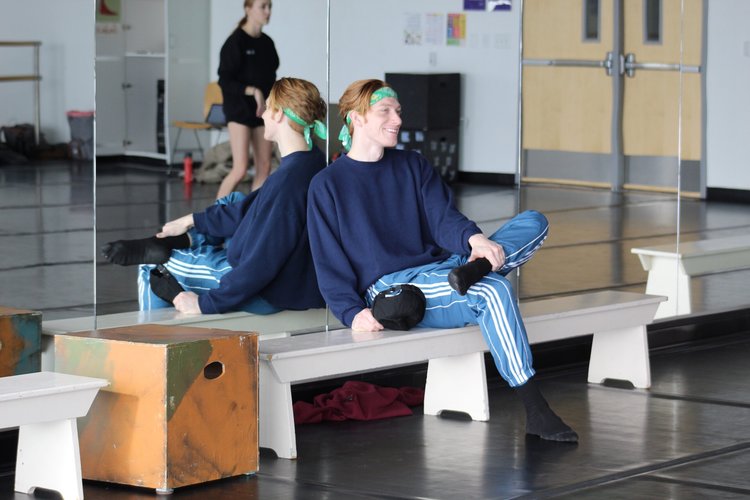 Courtesy of SALT and Lexie Corbett

Nick Palmquist at SALT Contemporary Dance, The Marriott Center for Dance on the University of Utah campus, April 12 and 18-20.

This article is published in collaboration with loveDANCEmore.org and appears in their April 2019 Digest.