Traveling south on Main Street, it’s hard to miss Trent Call’s eclectic homage to the Utah Jazz. There are plenty of Easter eggs to be found in the mural that celebrates the team’s 40 seasons: longtime fans will be able to pick out the evolution of the team’s […]

A half-mile of masking tape, gallons of exterior paint, dozens of rollers and brushes and some not-entirely-successful lessons in operating a scissor lift — that’s what it took Jann Haworth to create her recently completed mural facing the Pictureline parking lot in Salt Lake City’s Granary District. Haworth’s […] 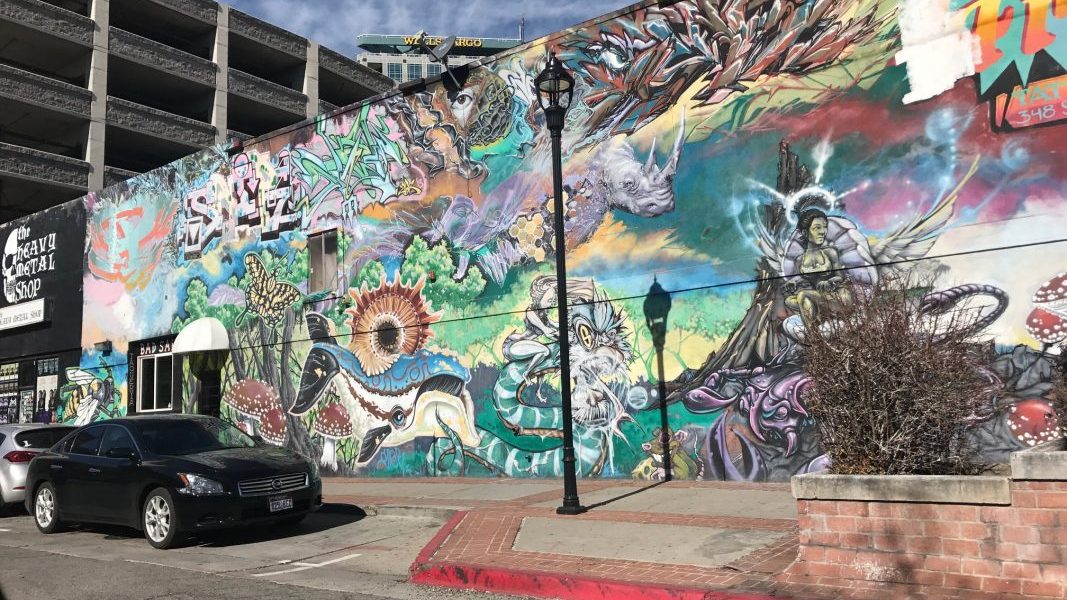 Exchange Place Mural February 2018. A series of buildings on the northeast corner of Exchange Place and State Street, including the home of The Heavy Metal Shop, has served as one of the city’s biggest street murals for over a decade. The mural has more or less been in […] 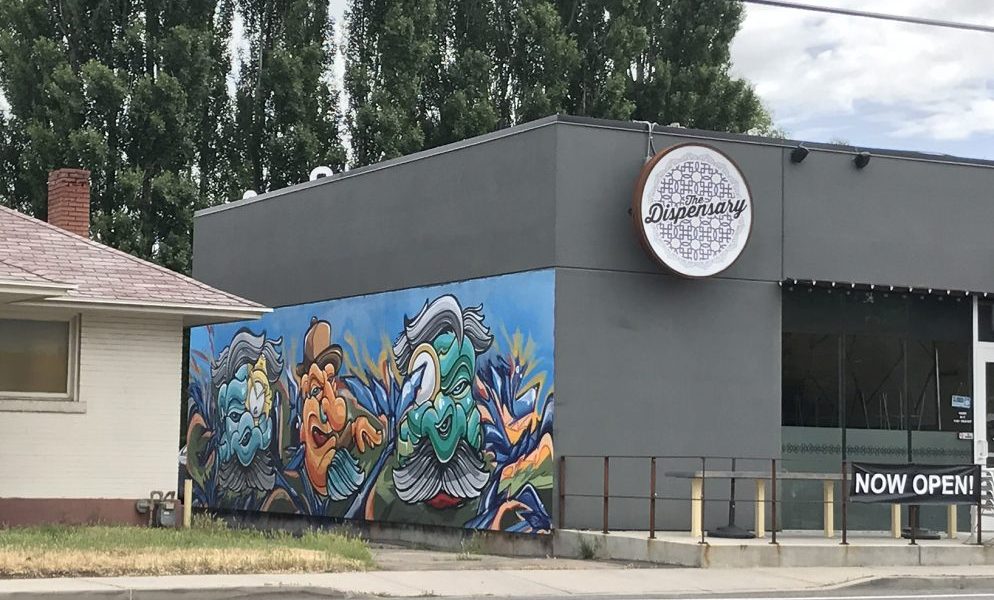 When Sweet Lake and the Dispensary moved into this building on the corner of 1700 South and Main Street, they brought more than just good eats to the neighborhood. They also brought a little street art vibe with this mural, which appears on the buildings west facade. Discover […] 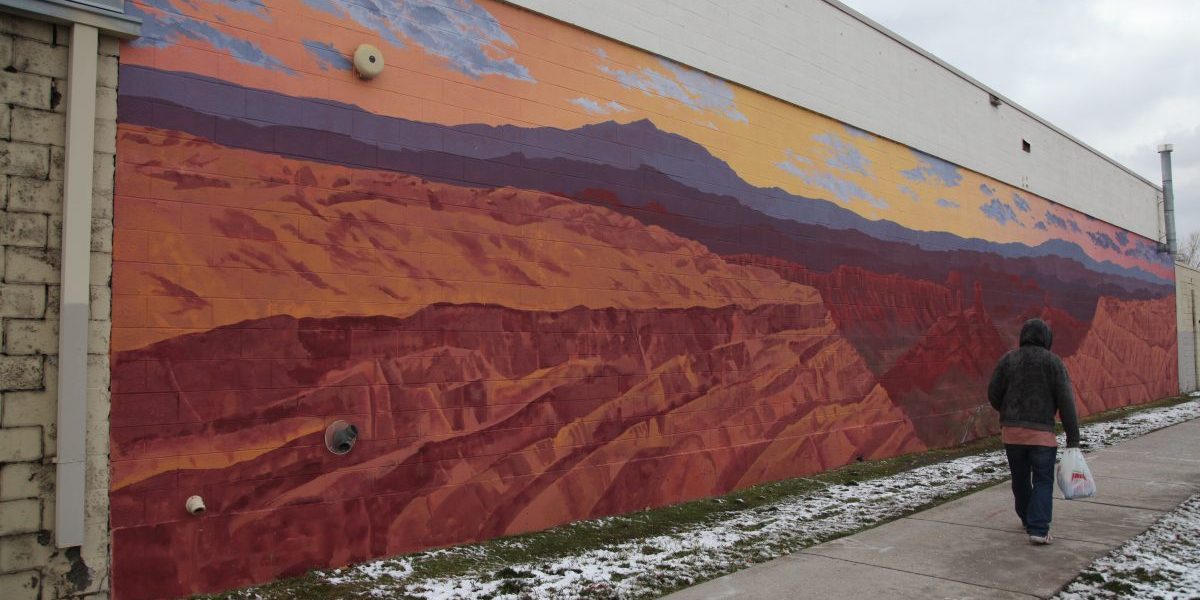 Completed by Chris Peterson in the spring of 2017, this 54-by-20-foot mural on the north wall of the Crank SLC bike shop,  provides the biker’s view of Salt Lake City, including the city’s bikeways and prominent landmarks.  You’ll also find graffiti tags further down the building’s wall. Discover […]