A medium shot of a forest, with a hint of sky at the top, dense foliage on skinny trees, shrubbery surrounding their lower parts. But what’s this? The black-and-white image covers only the top two thirds of the page, while the lower third includes not only the continuing […] 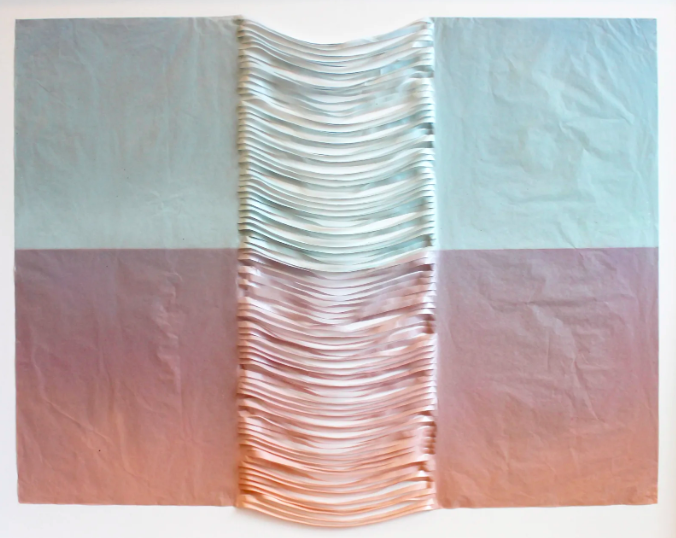 There’s an old saying among artists, and there can be no doubt whose boast it is, that painters make pictures of things, while sculptors make things. That distinction may come to mind while contemplating the works of Anna Laurie Mackay, currently on view as part of Interwoven, a […] For Emily Hawkins Art is Child’s Play at Modern West

When Emily Hawkins exhibited two pigment-printed photographs from her “Matriarch Diptych” series this year in the Bountiful Davis Art Center’s juried annual, and one took first prize, her image of a luminous presence prompted speculation that she meant to invoke a divine being. Indeed, she may have had […]

The first Jim Jacobs sculpture that many Salt Lake City gallery denizens may recall seeing was a combination of two wooden objects, one a rather plain chair and the other a sapling big enough to be identified as a tree, yet small enough to fit into the high-ceilinged […]

In this identity-conscious age, people have found many new ways to identify themselves. You may find yourself in all sorts of cultural activities. Each of the seven artists participating in Modern West Fine Arts’ current exploration of the theme of identity, titled You May Find Yourself, has a […]

Emily Hawkins is rummaging around the flat files at Salt Lake City’s Saltgrass Printmakers. She’s looking for sheets of Mylar. “That’s too thick,” Saltgrass director Stefanie Dykes tells her, though she’s not quite sure what Hawkins is looking for. “We use that one for printing,” she says when […] 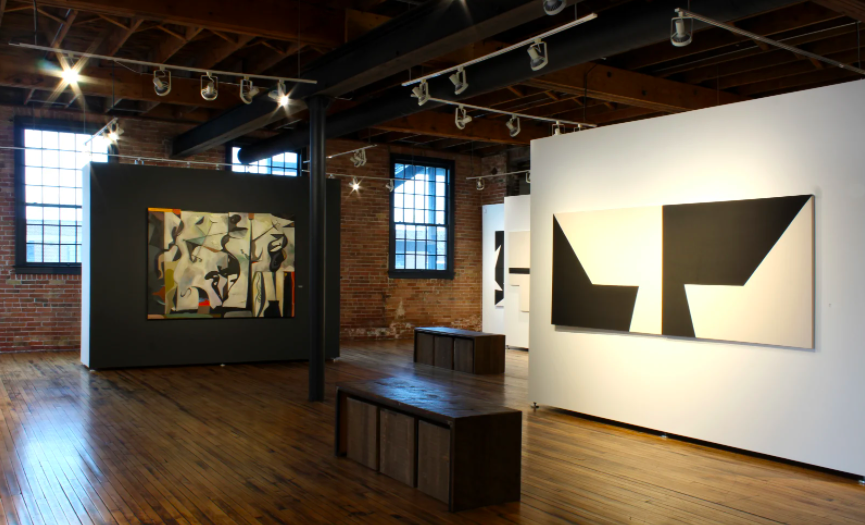 An influential art gallery doesn’t just record the history of art; they help make it. An excellent example is the current, primarily painting exhibition at Modern West, shared between gallery director and painter Shalee Cooper and Navajo sculptor and painter Sheldon Harvey. When the gallery’s founder and guiding […]

It’s All Utah, All Landscapes in Billy Schenck’s Stellar Exhibit at Modern West