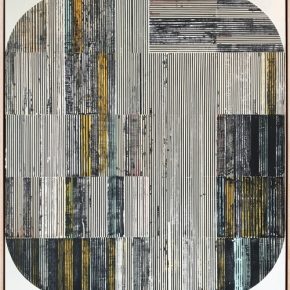 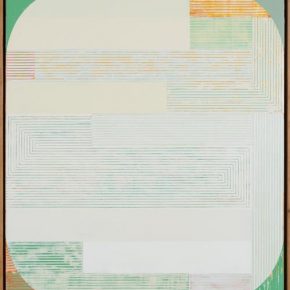 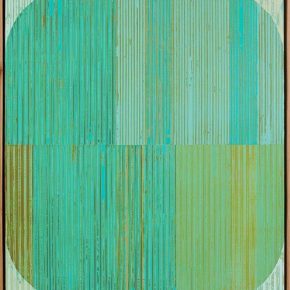 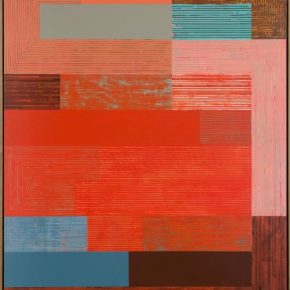 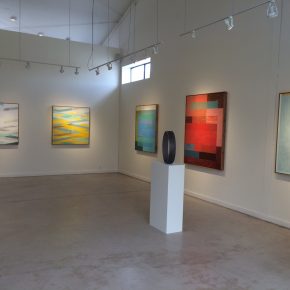 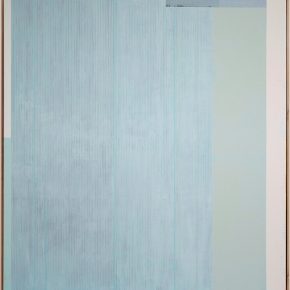 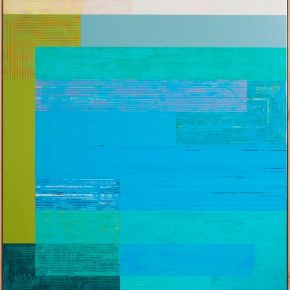 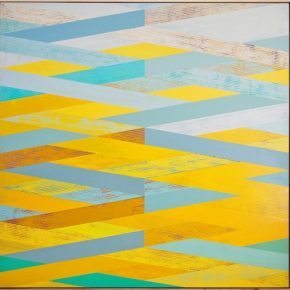 What does one say about abstract art? It neither depicts a scene nor tells a story. It does not reference, investigate, or negotiate — or any number of the vague, Latinate verbs endemic to curatorial statements these days— anything. It is, in a term which has been largely forgotten in favor of its better-known-but-less-accurate cousin, nonobjective—its only object itself. Yet despite abstract art’s lack of institutional cred or the commercial appeal of recognizable subject matter, artists like Sunny Taylor, who is showing this month at Park City’s Julie Nester Gallery, keep making it. And we keep looking at it.

Not that Taylor isn’t familiar with institutions: After earning an MFA from Ohio State University, she was a professor at Brigham Young University. She says she left the full-time teaching position in Provo in 2014 to concentrate on raising her family (she and artist husband Justin Taylor have three young daughters) and making her art. Call it one of her “resolutions” — the title of her show — though of the New Year sort: within her demanding domestic routine, she carves out time in the studio every week.

Her paintings suggest resolutions of a different sort— not objectives but conclusions, a coming to terms with any number of pictorial decisions. Her paintings have always had a very rectilinear, architectural framework and she uses squeegee, tape, sanding and glazing, to create complicated and hypnotic webs of lines that emerge and recede, folding into, behind and around one another.

Previous works could be maze-like in their compositional meanderings, but in her most recent work — a baker’s dozen are on view in Park City — larger blocks of paint have come to the fore. These push and pull against each other, as well as recede and advance against the picture plane. In a work like “Resolution 2,” the largest in the show, the red midsection is both a block and a mask, larger than any other portion of the canvas, but never dominating the overall interaction because the translucent hue reveals smaller subsections. The larger block pushes forward, while its underlying constituents pull it back.

For a long time now, Taylor’s works have seemed to be strategies for getting the eye around the canvas, without letting it settle in any one place. “I break down compositions into manageable parts,” she says, “then puzzle and rework them until they each find purpose and place.” Though their block-like framework might call to mind Tetrix, her paintings give the compositional pleasure of a Rubens, without the crucifixes and nymphs.

“The final outcome is never what was first intended, yet is discovered through a lengthy and labored ‘patch & repair’ process,” she says of her working method. “Every composition here has reached a resolution.” But these aren’t resolved in the sense of fixed, static or tidied up. There’s always a sense of unresolved tension about them. Edges are not always crisp and paint is frequently sanded to allow a rough interaction with underpainting. The natural balance of one section is thwarted by another, directing the gaze back and forth without a fixed resting point. It may be accomplished with line, which might disappear just when it feels like it should continue, or it may be with hue, for Taylor is as adroit with color as with composition — in “Resolution 1,” the cool field of blues is disturbed by the earthy green in the left-hand margin: it’s a strategy that might drive an interior designer crazy, but it’s the sort of counterpoise that will reward repeated viewings.

Taylor’s bright, juicy palette in these pieces brings together a body of work that is varied in its strategies. In a pair of works titled “Warehouse District,” she’s masking large sections in off-white and pale blue, foregoing the compositional dynamics of her interlocking blocks of color and looking, like Jules Olitski, to the edges of her paintings for the visual energy.

In the “Weave” works, her lines are arranged diagonally so that the paintings resemble a garden lattice. These seem less successful because they are not held together by some gravitational jostling, but send their energy evenly out of the picture plane.

In another series, the corners are curved to form an oval shape from her rough textures. In an age of streamlined design and fashion-able aesthetics, they have a worn, analog look, like a remnant from the age of vinyl records.

Not that Taylor is suggesting a subject here. Or referencing, investigating or negotiating it. That’s something we viewers do as a matter of course, looking to find connections to our own experience. Which can be fruitful. But with an artist like Sunny Taylor it’s unnecessary, for line and color, tension and resolution are enough to compel a sustained gaze. 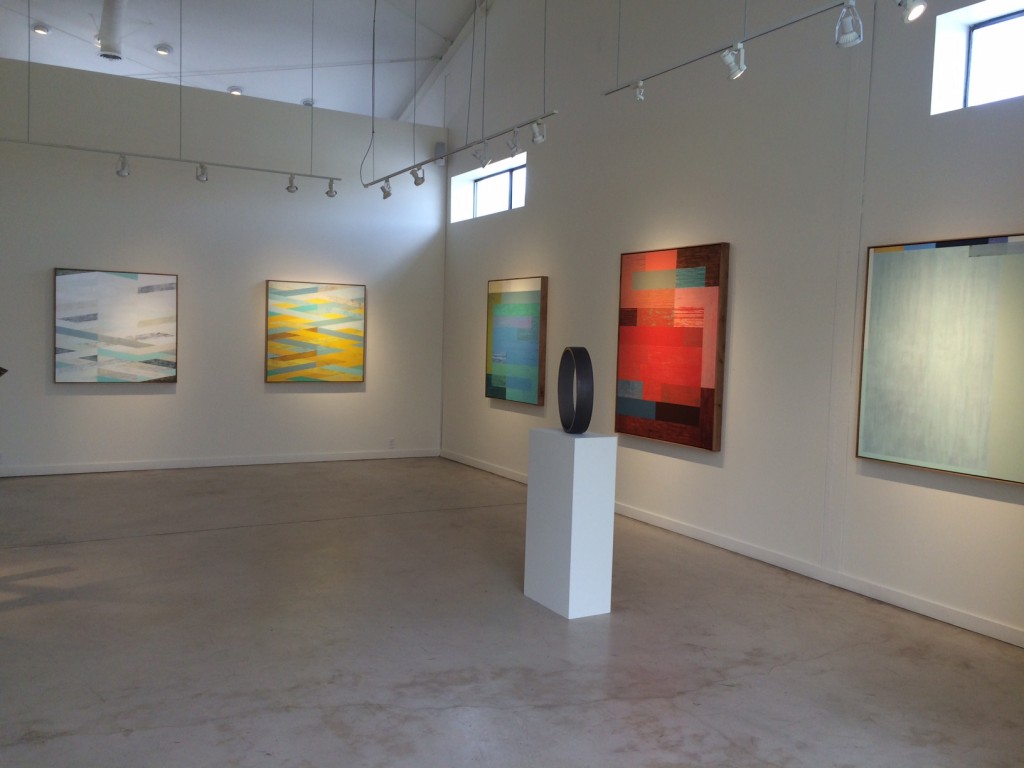 Sunny Taylor’s Resolutions is at Julie Nester Gallery in Park City through July 26.

Check out Daniel Barney’s film on the artists here: