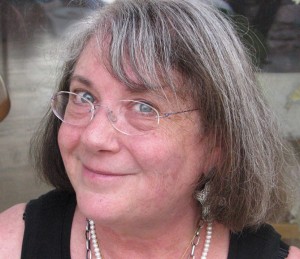 Susan Makov, a native of New York, has been living in Utah for over 30 years. Her work consists of oil and acrylic paintings, woodcuts, letterpress broadsides and handmade books.

“Makov has achieved mastery in the old sense, the way artists were expected to in past centuries. Her command of graphic imagery, both technically and aesthetically, appears to be encyclopedic, as witness her range of work, including paintings, book bindings, and printed works: broadsides, texts, and illustrations. Her former students have become influential teachers in turn, who will continue to teach the high standards evident in her definitive, energetic lines and sharp embossing’s, especially in graphically complex images of animals and their anatomies. In the five images here, she transforms potentially conventional ecological statements into piercing lessons viewers may try to turn away from, but which once seen are unlikely to be shaken off. Their power comes in part from her close association of pollution, here represented by trash, and birds not normally associated with humans, and so immune to the self-loathing that causes humans to denigrate pigeons, seagulls, and other overly familiar species. More to the point, the trash also suggests homes destroyed by natural disasters like hurricanes, putting viewers in the same predicament: victims of recoiling nature.

One exception demonstrates the effectiveness of Makov’s deep skill set. In the bird-less painting “Pile,” light-colored glyphs on a black ground generate a mountain of trash. Down into the middle of this cuts an area of stark white, giving a sense of depth to the massive heap, but suggestive also of an architectural interior, as if the point was that we dwell in just such a pile or our own trash. Here again, “Nest,” in which baby birds peer out into another trashed landscape, makes the point that in the sealed terrarium we share, we cannot escape the fate we create for others.” 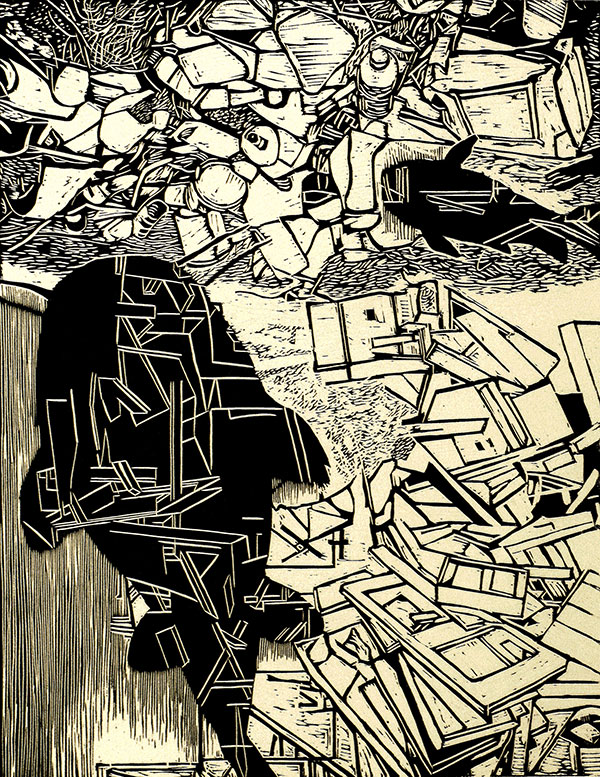 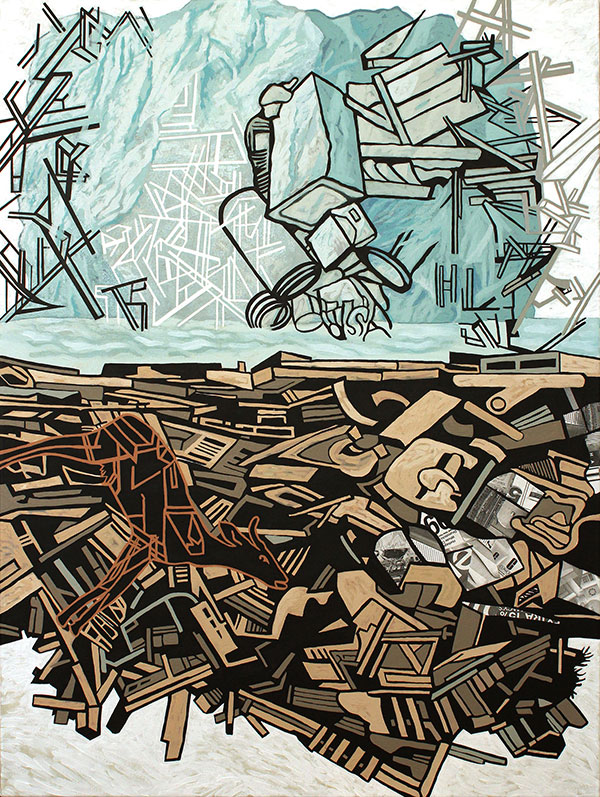 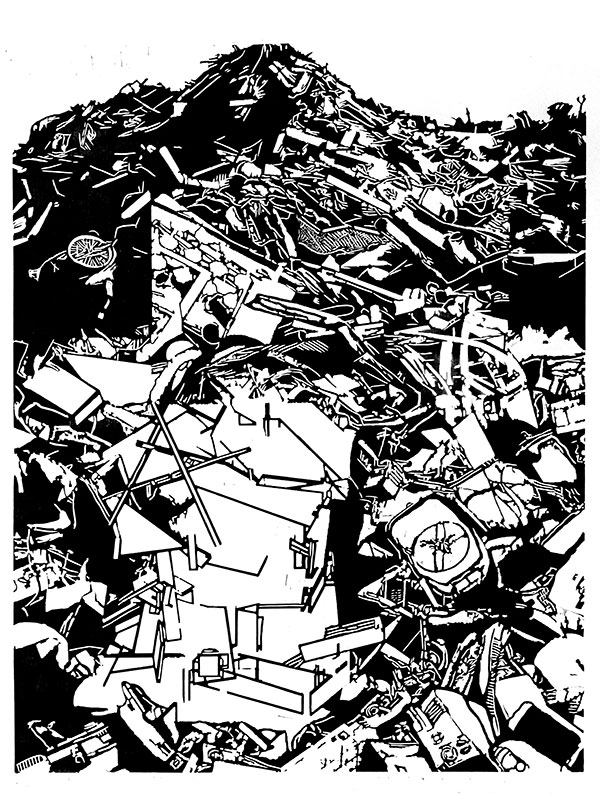 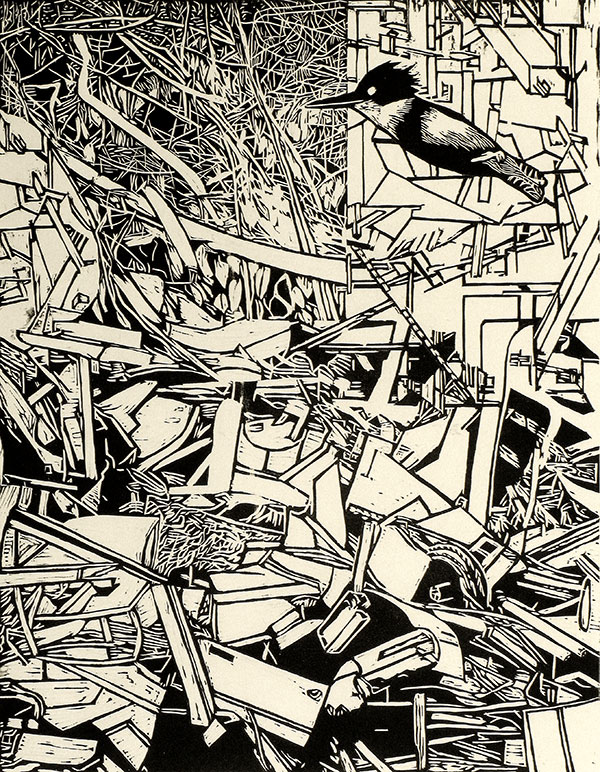 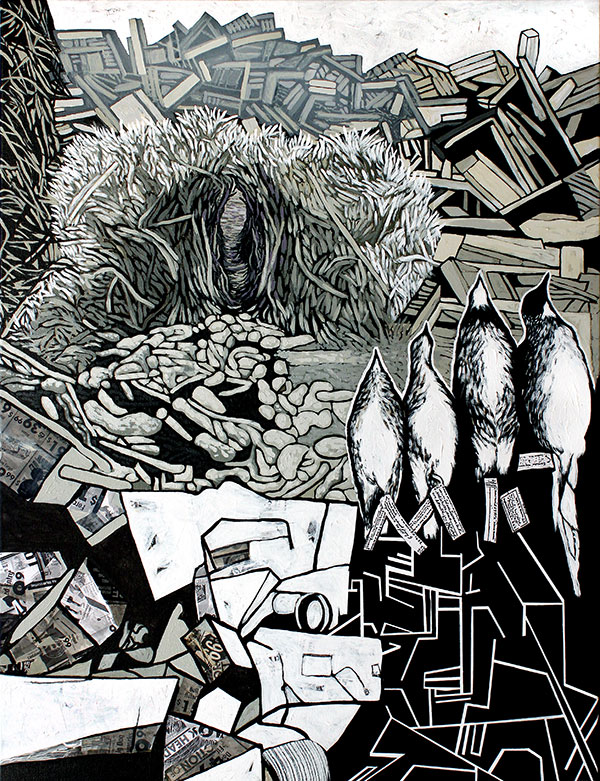 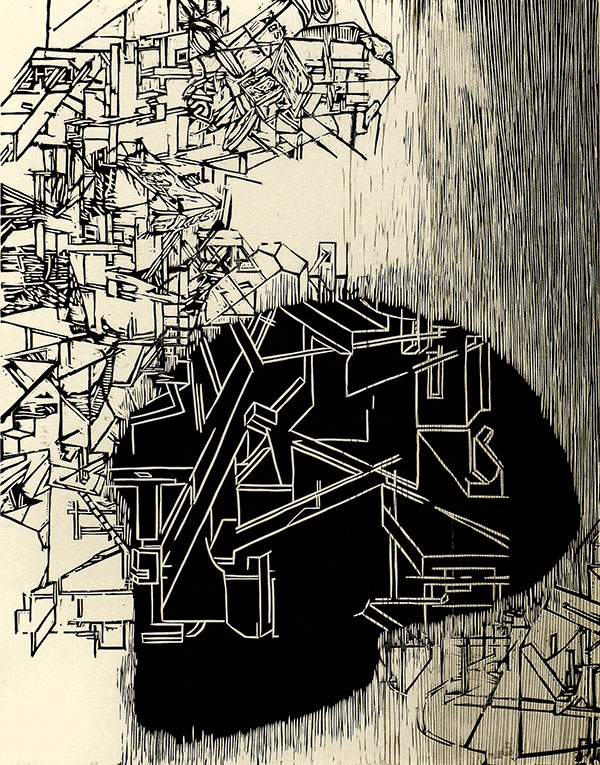 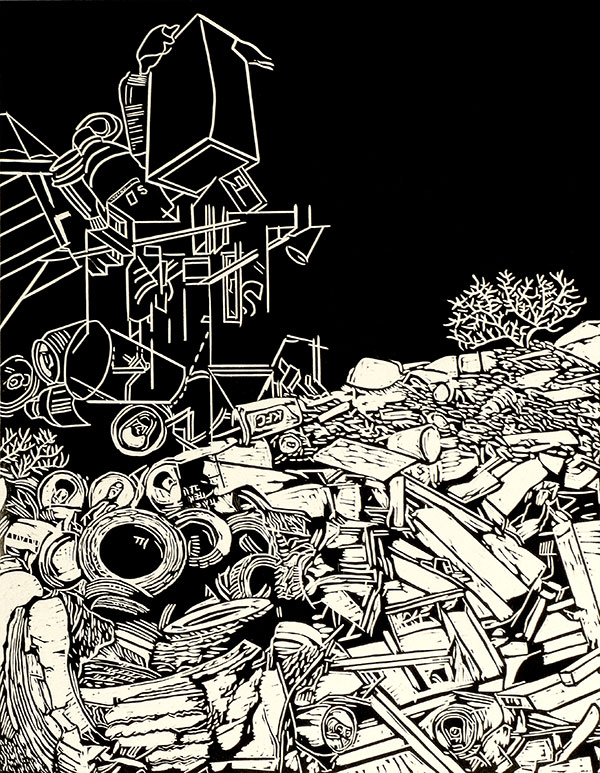 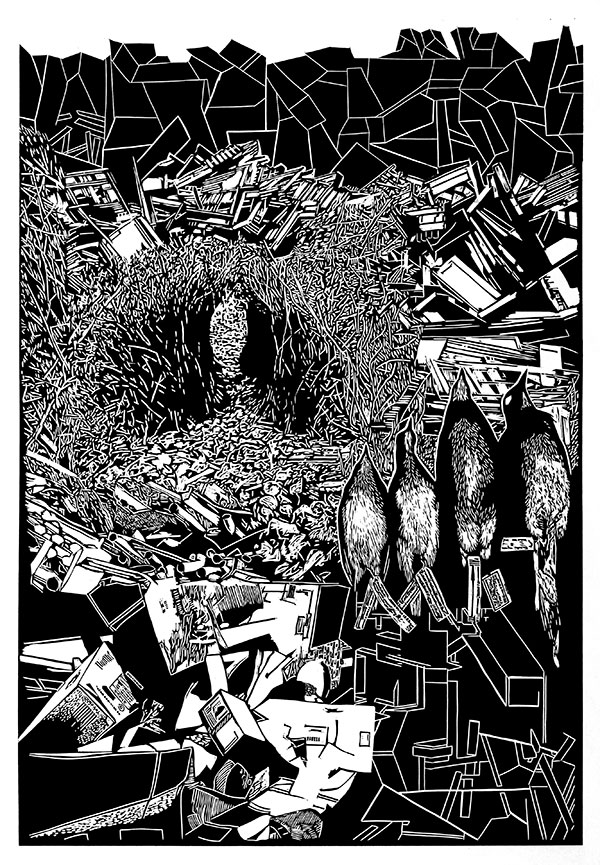 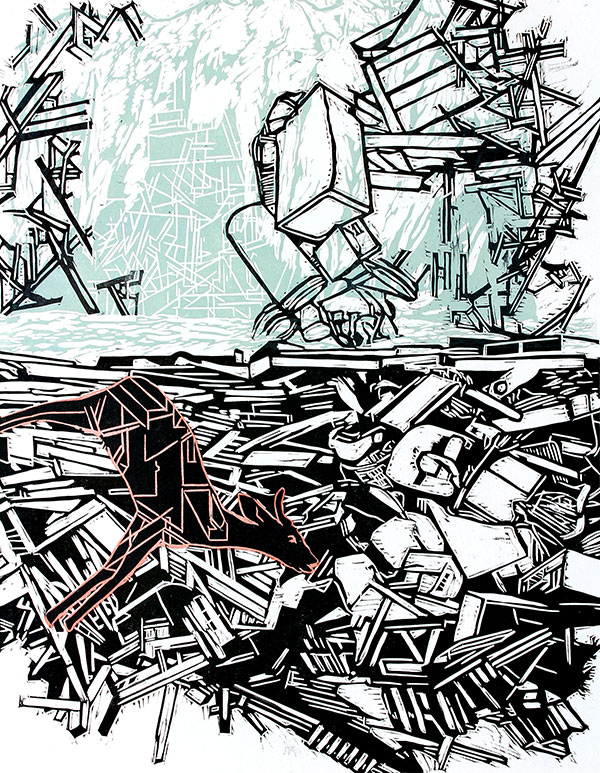 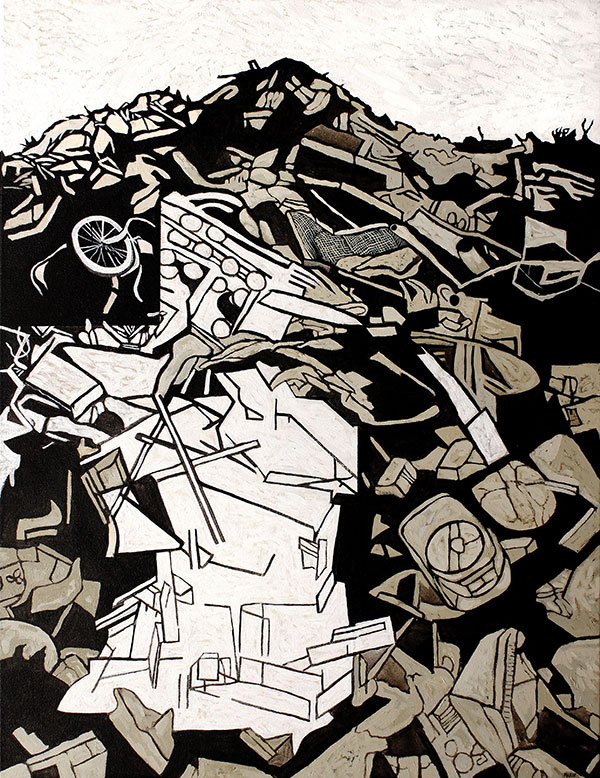