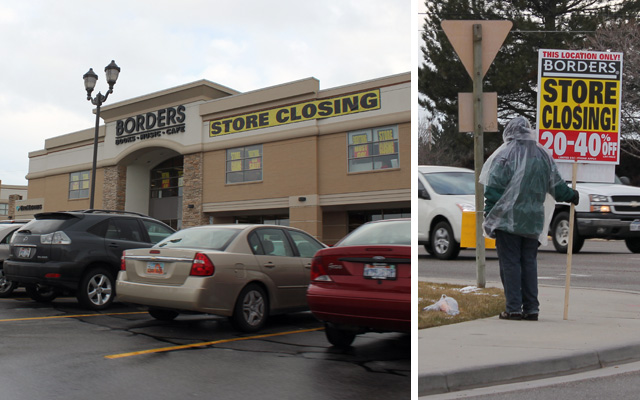 As we’re busy doing an initial redesign of the 15 Bytes portion of our site, code and art in the digital age have been on our mind. And we’re not the only ones, as we found in these two recently published articles in the national media:

In The New Republic art critic Jed Perl tells us what Google’s Art Project does — and doesn’t — mean for art. Perl gives a sobriety check for anyone who is addicted to the newest technological gadget: “A reproduction is a reproduction. And a high resolution image on a computer screen brings you no closer to the reality of a work of art than a halftone in a newspaper.”

While in The New Yorker Adam Gopnik examines the future of books — and everything else — in the digital age. Comparing the internet to toasters (facetiously) and TV (seriously) Gopnik writes, “It is the wraparound presence, not the specific evils, of the machine that oppresses us.”

We at 15 Bytes are aware that we provide what could be called a synthetic experience—not the same thing as reading a real magazine. But one thing we insist on, in our own defense, is the primacy of the actual experience of art in any form. While the experts ponder over and argue about the novel in digital form or the pixel version of great paintings, we search for art experiences anywhere within Utah’s extensive-yet-finite borders. Our hope (and expectation) is that readers will be moved by our prose—whether read off the screen or printed out for traditional poring over—will be moved to get out and go see as much as reasonable of the vast Utah holdings in painting and sculpture and the many occasions of dance, music, theater, and “performance.”

On a sadder note, on Saturday we went to Border’s, the popular bookstore in Murray, in search of our favorite cup of hot cocoa, only to spot a man on the corner waving a sign that read, “Borders Closing: Everything Must Go.” And sure enough, it was true. While the parent corporation, which has decided to shut 30% of its stores, including this last remaining one in Salt Lake, must be thrilled to see the parking lot as full as if it were Christmas, with cars prowling or standing and waiting for a space to open, and the three-deep files of customers before the books, loading up their arms with bargains, the sadness on the faces of the employees was enough to bring a smart to the eyes. We weren’t sure whether to commiserate with our favorite booksellers or allow them to not think about what they’re going to be—unemployed at a time when in can take a year or more to find another job—for a few hectic moments.

The most telling thing, however, was that sense—no doubt connected in a visceral way to how it felt watching Egypt a few weeks ago—that something that had been fodder for the imagination the last few years has arrived at last. One of the handful of bookstores we count on is disappearing before our eyes. We can remember when one of us confessed to the booksellers at Sam Weller’s Zion’s Books that we worked at a Barnes and Noble, only to have them say there was nothing to apologize for. Indeed, the struggles of a few years ago to dominate the book marketplace have lost their urgency, now that no one knows if books will still be available other than on line in the years ahead. With Ken Sanders threatened by clueless, insensitive legislators, and B&N getting rid of books in favor of merchandise it can more easily manipulate (digital books, games, toys) the day looms when there may be no place in town to sip a mocha and read the latest in print. And if that seemed impossible but now seems probable, should we assume it can’t happen to art as well?