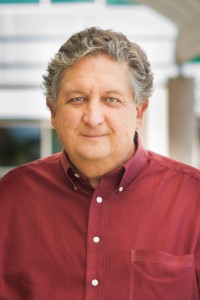 SUNDAY BLOG READ
is your glimpse into the working minds and hearts of Utah’s literary writers. Each month, 15 Bytes offers works-in-progress and / or recently published work by some of the state’s most celebrated and promising writers of fiction, poetry, literary non-fiction and memoir.

Today we are featuring Salt Lake City-based poet C. Wade Bentley who here provides four poems, two published, and two works-in-progress, ranging from one about poetry itself to the winter scene of wildlife–“a trope that will let this still-life with bowl/of deer develop some redolent fust and decay.”

For this self-described “incorrigible introvert,” Wade describes poetry as the language with which he is comfortable “when I want to attempt to say something real to the other humans. In that way,” he continues, the form  “has saved me from a life of atrophy, muteness, and isolation. I’m not one who believes poetry can save the world, nor that it needs to be evangelized. The world has too much religion. But poetry can save the poet, occasionally. I bear my testimony of that. Amen.”

15 Bytes has earlier reviewed Bentley’s work, describing how he “tells stories of abandonment in his poems with simplicity and elegance and treats both the need to escape and the pain of rejection with equal compassion.”  (You can read the full review of his 2013 chapbook Askew here.) His full collection What is Mine (Aldrich Press), was published in January of last year.

So curl up with your favorite cup of Joe, and enjoy the work of Wade Bentley!

Not That You Asked

No one is asking for another poem. When I walk

the neighborhood, no one stops me to ask

why I haven’t shared with them my latest thoughts

on death, or dogs, or the way a flatworm swordfights

with his penis. There are no petitions, no Kickstarter

fundraisers, not even a peaceful march with placards

and animated crowds asking in a shout, “When

do we want it?” Anyway, the answer would be,

I’m quite certain, “We’re good. No hurry, dude. Whatever

works for you.” It’s okay. I get it. Poets are like

that lady in your office who always wants to tell people

her dreams:  “There is no word in the world

to describe the color of the shirt Ryan Reynolds

took off before he kissed me. But then I realized

it was my father I was kissing! Don’t even get me

started on what that might mean.” And no one does

get her started, but that doesn’t stop her. Point taken.

this afternoon to find, as I was boxing up my old books

from college, sandwiched between the pages

of Herbert’s “Bitter-sweet” and “Love,” between

wrapped in a square of red foil, as yet unope’d.

My father had begun to suspect that things were no longer

what they seemed to be.  This was not your garden-variety,

tinfoil-hat, alien-probe paranoia.  Nor had his mind taken on

the protective coating of dementia, none of the Swiss-cheesing

of the brain that might have deflated him into dispassion.

If anything, his senses were now increasingly aware

of the ground becoming less firm beneath his feet, as if

hands and bind up all the empty spaces with chromodynamics

and baling wire.  It was Death he saw coming, of course, close

enough now to hear the folds of the black cloak whispering

past him at night, smell the carrion on His breath.

This was not the abstraction against which he had stockpiled

faith for eighty years, testifying when he was younger that death

held no fear for him.  Just yesterday, when we saw a junco

pulling at the decay of a fallen spruce, early light turning the orange

of the tree and the white-tipped tail feathers of the bird to fire,

he asked me how he could be expected to let any of it go,

to just move on, and I knew he meant that, whatever might be

ahead, it seemed incredible now, impossible to believe

it could ever atone for all he would soon leave behind.

(appeared in The Timberline Review, 2015)

Building Up the Kingdom

Some Saturdays Dad hauled me early

out of bed to help build the new church.

He said it would help me appreciate it

more, make me feel like I had a stake

in it. At first the work involved hod

carrying for the masons, picking up

into the barrels for burning. But then

they began to give me increasingly

complex tasks, jobs that required some

electrical boxes into the studs, running

It might be better for a kid not to know

what goes on behind the scenes, behind

the dry wall and insulation and mortar.

Better he thinks God was the foreman

and angels supervised the consistency of cement,

the whole level-and-plumb of things.

I only know that when I sat in that church

for meetings, some months later, I sat

in the pew furthest from the section of roof

sheathing I had helped lay, and that it was not,

in fact, piety that had me always looking up.

I wanted to write about the deer who slip

into my yard most winter nights to nibble

on the aspen and flowering plum, but is it

enough to simply say how beautiful they are—

dark tongues? They are, it must be said, stripping

the bark and tender twigs, so I know

the aspens will be bare of leaves, come spring,

at least as far up as the reach of a deer,

not survive this grazing and girdling. Still,

it’s not as if the deer are packing on the fat,

dimpled gluttons who delight in gorging

on the horticultural efforts of this new

neighborhood carved from the foothills.

No, when the security lights come on, the deer

are too exhausted from the months of mostly

fruitless foraging to do more than rotate

their ears and flash their bright eyes, while I

note each rib cage with its ribs like a stove-

in boat. I know I should adopt a tone, here,

a trope that will let this still-life with bowl

of deer develop some redolent fust and decay,

but I am distracted, at the moment, by a ruffle

of snow falling from the powerline to crown

a yearling doe who merely shakes her mule-ish

perhaps, before nosing her mother’s neck. 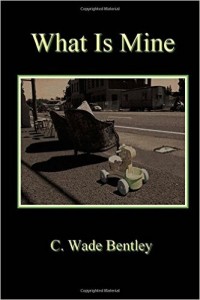 C. Wade Bentley lives, teaches, and writes in Salt Lake City.  For a good time, he enjoys wandering the Wasatch Mountains and playing with his grandchildren.  His poems have appeared in Green Mountains Review, Cimarron Review, Best New Poets, New Ohio Review, Western Humanities Review, Rattle, Chicago Quarterly Review, Timberline Review, Reunion: The Dallas Review, Pembroke Magazine, and New Orleans Review, among others.  A full-length collection of his poems, What Is Mine, was published by Aldrich Press in January of 2015.