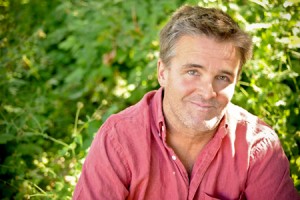 So curl up with your favorite cup of joe and enjoy the work of Max!

Meditations on the Panicum Grass

Tonight, resting here on this hill

I haven’t seen in years,

something’s gone out of me. But it was there

before the curve on Canyon Road,

in the knobby hum of the Yamaha

as it knocked lightless against night

on a trip to pimp beer and cigarettes.

It was in the mink farm

below the reservoir, in the eyes

that met me from cages,

in my friends who held sticks,

who knew the way in,

They said to be ready when they opened,

when the mink’s eyes would sting with light,

our bodies would diminish and he’d come.

Sometimes I’d hear it between words

a girl wheezed at the bus stop

or in the panting of dogs

in muffled zippers and lake ice

bunching up at night . . . and in the hisses

from the mink’s stained mouth.

Something’s gone out of me. But I saw it

in the outline of a man

painted beneath a tree

in Bedford, and on my brother’s face

when he kissed his girlfriend

in her casket, and on her face,

and on a road that led to an accident.

I saw it in my mother’s hand

when she wrote my name

in the hospital ledger,

and in the fissure of a Dalmatian’s skull.

It was what I felt watching windows

closing in a house across the field,

where later I stooped to spy

the horsy nakedness of a girl

my sister’s age. What I felt

when the panicum grass sagged

in July, when I asked

to identify the body of a boy

because I was there

Of deep water and an empty bed.

Of skin cooled by vinegar.

What I should have said but didn’t.

What I did say.

Of lies and the hours it took to think of them.

The mink farmer and the man standing

in porch-light with his shotgun.

and his failure to stop them

as I laid low in the barn rafters,

heart-throated, hoping he had sons.

I never thought my father was a man

who knew horses until we stood inside

to be let out on the land, dewy and limbed

with algarroba and dark mata bush.

When he teetered the beam

that kept them in, the horses scared

down a road, their hinds slick as blocks

cut from the sea quarries, a peach sweat

beading their noses the soft of salt water,

and the two of us ran behind them,

doing all we could to seem human.

(Originally appeared in Columbia: A Journal of Literature and Art) 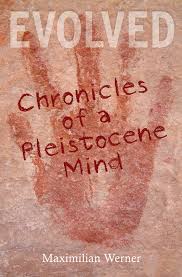 Based in Salt Lake City, Maximilian Werner is the author of three narrative nonfiction books, including Gravity Hill, Evolved, Black River Dreams as well as the novel Crooked Creek.  Information about them can be found here.