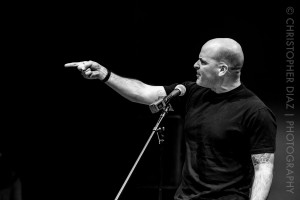 Today poet Jesse Parent favors us with four of his poems which one must hear–and see performed–to experience their full exuberance and visceral appeal. Arguably the godfather of Utah Slam, Jesse has also been a fixture at the Off-Broadway Theatre’s Laughing Stock, Utah’s longest-running improvisational troupe. You can watch a video of Jesse’s performance of the first poem featured today here and one of his most popular works To the Boys Who May One Day Date my Daughter, here.

So curl up with your favorite cup of joe, and enjoy Jesse Parent!

Little brother,
look what they’ve done to me.

For millennia
I have woven myself into humanity’s dreams,
raced comet-like across their collective consciousness.
As basic as a circle,
a hooked cross.
A child of lines
and busy hands.
Simple. Recognizable.
They called me Swastika.

I was everywhere.
Even in the one place I wished I wasn’t.

I admit I was jealous of you, little brother
and the star you rose up on.
For I was just a hooked cross,
glossed over on cracked claypots,
and deerskin teepees,
hidden along with kisses on the collars
of Chinese children
ironically, to protect them from evil spirits.
All of Asia blended me into their backgrounds,
Jainism, Buddhism, Hinduism.
I could tell you where any temple was.
A sun symbol.
A heart’s seal.
Eternity.​
A minor celebrity on one continent,
a child’s absent doodle on the rest.

He took me West, little brother,
told me to point right and lean,
hold the pose.
Shone a bright, white spotlight on me
while I danced on a red carpet.
They all waved at me, little brother.
I got caught up in the rush
To become a major celebrity.
It was too late to turn back
They slaughtered each other
under my hooked shadow,
the smoke of their flesh darkening my form.
I let them make me into something horrible,
simple, recognizable, detestable.

Humanity’s dreams no longer idly trace my form
in innocent doodles.
Countless millennia may never wash away
the stench on my lines
no matter which way I turn.
A minor celebrity on one continent,
a symbol of hatred on the rest.
So many killed while I waved over them,
their murderers justifying themselves
by the meaning they put into my shape.
They killed for me.

You don’t have my hooks, little brother,
but we have the same parents,
the same simplicity of lines.
We have had different men who have defined us,
even if we have both been worn by popes.
My body count is well over 6 million, little brother.

Pray they do not start counting up the ones
that were killed for you.

On Shaving My Father

No one comes out of bypass surgery
feeling the same.
Even mountains erode.
A small avalanche can’t change that this
is still a mountain.
Still my father.
He may not move as confidently,
testing the gravel to see what has settled
and what may still come loose.
My mountain father,
still alive and breathing the wind,
creaking as autumn flows over him.
His arms are felled timbers
too heavy to stand up.
The black gray stubble on a land
he always kept smooth and polished.
As out of place as a wash over a path.

It’s all chicken shit in the backyard,
every footstep a crusty clod or
a newly green spot of sour soup.
Follicled feathers edging the brick
with dour down ditched soft
onto the mucking surface.

There in the grass the dog has
pissed patches of putrid earth
into the retreating green yard.
Every few feet a brown logy log
that lays lazily lost in between
the few fallow strands of heather.

The kids’ playground is a rotted wreck
of fowl feces and best intentions,
the plastic slide a manured menace.
The small tables and forgotten toys,
super soakers sticking sickly to the soil
while the sprinklers tinkle onto them.

From the deck, I watch my daughter’s dog
chase the chickens through the children’s
graveyard of tossed treasures.
I remember the hurried run and
clucking chatter of laughter that
haunts this grisly garden like a ghoul.

I call the dog into the sliding door
as the chickens peck the wired fence
of their run up over the akimbo frame.
From this redwood deck the scene is
so serene. At this distance, you can’t
even smell it. I leave my shoes outside.

Hey, everybody!
It’s-a me – White Jesus!
I’ve come to break baguettes
and share some cab sav with some
of my favorite sinners!
You guys!

I know what you’re thinking,
“Hey, White Jesus, what’s with that crazy accent?”
Well, just like the rest of White Jesus, it’s vaguely
European and depends on your frame of reference.
After all, God may have created us all in His image
but White Jesus gets created in the image
of those who are trying to make a sale!

I mean, who doesn’t have a nice painting
of White Jesus in their homes?
Or a nice little sculpture
of yours truly with some lambs,
or maybe me as a baby in a manger
with White Mary and White Joseph
and White Angels and White Shepherds
and some vaguely non-white Wise Men?
I mean they had to travel a long way
into the lands of Caucasia to bring me all
these smelly gifts.

White Jesus just works better as a present
when he looks like the rest of the family.
Didn’t your Grandmother say she
tracked your genealogy back to the
House of David?
Just like White Jesus, lineage is important!
Watch as I get nailed to your family tree
and you wash me white, root and stem,
and slake my thirst with a sponge
soaked in vinegar wine
to sour my history.
Trade my sandals for Birkenstocks,
my coiled hair for long auburn locks,
my rough linen for white sheets,
I mean, who doesn’t love wearing white sheets?

Just like your family tree
I’m a self portrait
of poor white Renaissance guys
who can only afford a mirror for a model.
Can you imagine how great it has to feel
to get a whole religion to worship your image?
Carve all my sculptures from marble or alabaster,
Make me as White as Sushi Burrito or
Great Harvest flatbread.

Let anyone who doesn’t look like White Jesus know
that no matter how Christ-like they live their lives
they will never look like salvation.
Tell them about the blackness of their souls.
How much can that weigh someone down?
Gesture at all the stained glass and tell
them how beautiful the light looks coming
through my creamy complexion.
Twist up any Bible verse you need to justify my supremacy.
Tell them the Mark of Cain is their dark skin color.
Show them all the paintings of white Adam and Eve
as proof of your flesh’s primacy.
I am the Exodus from Egypt.
This is what Palestine probably looks like, right?
No refugee ever looked like me.
Keep citing the fact of scripture and the evidence of illustrations.

Now look at-a me, again!
White Jesus!
Doesn’t my accent seem so much less crazy
in comparison to the rest of me? 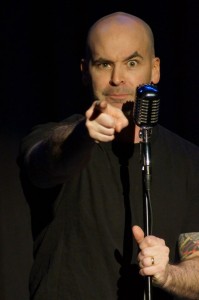