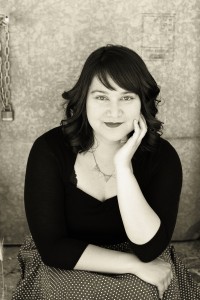 Today we are featuring Ogden-based poet Janine Joseph, who writes of being undocumented in the U.S.. Here she provides a sampling of the poems in her award-winning debut collection Driving Without a License (Alice James Books, 2016).

Born in the Philippines where she worked in TV commercials, Joseph and her family eventually came to California on a visa in the 1990s where they overstayed, eventually moving to Riverside, CA.  Her life experience gives her verse a “ferocious formal range and deep compassion,” according to Gabrielle Calvocoressi, and “an open and easy intimacy,” according to Chris Abani, both of whom have blurbed the back cover of her book. She currently teaches English at Weber State University.

Stephen Burt, writing in a Los Angeles Times review of the collection, writes that the Driving “stands far apart from most first books, and from most books of autobiographical or narrative poetry, for the unpredictable vigor in its rhythmically irregular lines, especially in its depictions of youthful adventures.”  The poems, some linked-sonnets, have an immediacy that trundles through an alternative universe where one isn’t “legal” but where one still has to grow up.

It is our pleasure to feature the works today of Janine Joseph. Enjoy!

Janine, your head might have hit something in the car. Come to
and quickly. Opening your eyes might take hours. Janine, come to.

When you undress and see the bruises, you’ll torque your head again
into the dash. But since you’ll forget in the shower, Janine, come to.

When you sleep I know it feels like your brain might be coasting out
the window. I know it’s an unfathomable horsepower, Janine. Come to.

The doctor says touch your nose, count back from three, and repeat
after me. Reel that sense back up your spinal tower. Janine, come to.

When bent, bend. When pricked and injected with contrast, bite
down on the scent in your mouth like skunk’s sour. Janine, come to.

Know if you take too long you’ll lie wondering who said they’d love
to hang, by the neck on the family tree, your mother. Janine, come to.

Think what else they might find in your body scanned blue and red
on a screen while you lie docked, Janine. Come now. Come to.

First appeared in Hayden’s Ferry Review 48 and was selected by D. A. Powell for inclusion in Best New Poets 2011: 50 Poems from Emerging Writers.

J gave me my first mop because she loved
that I loved cleaning the kitchen instead
of pouring cereal over Saturday
morning cartoons. J never felt the same,
and would lisp hours of Rascals and Smurfs,
then Super Friends, Snorks. But when J came to
get us, after we got the car and horse-
property house, J and J never had
the time—too many chores with that yard and

all those fruit trees. J was wrong; I loved setting
the table after mass with eggs and soy sauce
the most, though I can’t remember much of it,
except that J, J, and J were always there—
and I never got to see them anymore.
J’s permed hair was growing out and she and J
started smoking without me. J was kicked out.
J had even kissed a girl at the public
school, and we knew what that meant. After he told

the neighbor girl he loved her skull when he meant her
soul, we thought it was over for him and me, and
J and J. J hung paper lanterns at Christmas.
J still lined shoes at the door. J still stocked burlap
sacks of Calrose rice and bulk-boiled, still served and grubbed
on pork with their hands. We were so new to the block.
So when J laughed and made fun of J and the girl
and how stuttering stupid he must’ve sounded,
J scolded us. We shouldn’t talk about those things

or people who do those things, J said, and J listened.

Everything Signed and Filed

Did you almost forget
you were bitten by a spider
in that field where a two-liter bottle
of 7 Up slowed and pointed
at you; that you pecked Jesse
Ruby on the lips
a week before sideswiping him
with your sneakers; that you clapped
chalk dust behind the gym
with the bad kids and learned
only how to hock loogies;
that you hunkered under your desk
during a disaster drill and prayed
for a bomb—you laugh now,
but you locked the garage door,
packed your hand in the freezer
stocked with beef and berry Push-Ups,
and didn’t know if what made you
finally cry was the bite, the boy calling you
that name, or the pound
of your fist down the hallway wall
the same week you found
out you were different and couldn’t tell
anyone or scream what you were told
even Jesus wouldn’t forgive?

First appeared in the Park Slope Reader 3. It also appears online as a video created by the Utah Division of Arts & Museums and TWIG Media Lab for the 2015 Bite-Size Poetry project. You can watch the video here. 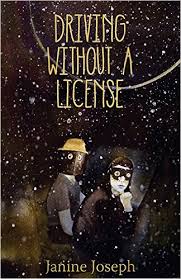 Janine Joseph is the author of Driving without a License (Alice James Books, 2016), winner of the 2014 Kundiman Poetry Prize. Her poems and essays have appeared in Kenyon Review Online, Best New Poets, Best American Experimental Writing, Zócalo Public Square, the Academy of American Poets’ Poem-a-Day series, and elsewhere. Her commissioned libretti for the Houston Grand Opera/HGOco include What Wings They Were: The Case of Emeline, “On This Muddy Water”: Voices from the Houston Ship Channel, and From My Mother’s Mother. Learn more at www.janinejoseph.com