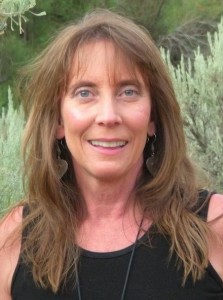 Today we are featuring novelist and narrative nonfiction writer Jana Richman. I first met Jana at the Writers of the Purple Sage conference in Kanab about the time she was getting ready to publish her latest novel An Ordinary Truth (Torrey House Press), a multi-generational story about the strong women and their families who ranch Nevada’s Spring Valley  with its pinyon pine, Utah juniper, and volcanic tuff and sediment and who both promote and fight the draining of aquifers for the benefit of an increasingly thirsty southwest, especially Las Vegas. A champion of the arid west, its stories and its people, Jana is a home-grown writer with a global vision of how land and water connect and mis-connect with the contemporary populations.

Today, readers are in for a first-hand glimpse of an essay that is fresh off the finger tips, and yet to be published.

So curl up with your favorite cup of Joe, and enjoy Jana Richman!

There’s no problem with being where you are right now. —Pema Chodron

North of Escalante, about six miles up the road that goes to Posey Lake on the Aquarius Plateau, the Roundy Trailhead lies just over the cattle guard on the right. The trail cuts across Pine Creek and winds a quarter-mile through sage and juniper before snaking directly up the mountainside. From the pullout, the high, steep ridge discloses no obvious route. Once it starts up the craggy, red- and white-faced rock dotted with vegetation, easy-to-miss rock cairns offer slight guidance in navigating turns and twists on a kaleidoscopic trail of red, orange, and purple splinters of shale—slippery when wet or dry. The trail climbs steadily for two miles before depositing a hard-breathing hiker on the top at a place called Antone Flat. From there, one can stroll through juniper and ponderosa to the edge of the world and peer over into deep, endless canyons of slickrock.

Because it is short and close to town, I could hike it daily. And if I were of a Buddha nature, that would be the wise thing to do. Steep, slippery, and easy to lose, the trail requires strength, endurance, balance, and focus. Once you have all of those working, it sets up the perfect Buddhist paradox: at the same time it demands focus, it also requires letting go, getting out of the mind, trusting that the foot will find its place, trusting the animal instincts you were born with. It requires comfort with shifting ground and uncertainty. I believe the Roundy Trail to be a path of enlightenment.

The other day I decided to hike to Antone Flat when it seemed I had none of the requirements on hand. There are closer, easier trails when one is feeling like a semi-attached piece of rusted sheet metal banging repeatedly against the shed in the wind. But that’s where I found myself.

I tightened my bootlaces and skirted along the barbwire fence down a washed-out gully. I splashed through the creek and stumbled across the desert floor through anthills larger than my kitchen table until a rock cairn alerted me to cut in and start the climb.

As I settled into the ascent, I attempted to empty my mind. It does not go willingly. That’s not to say that it’s filled with important data. Very much the opposite. It’s like the kitchen garbage that is three days beyond when it should have gone out—filled with stinking waste and buzzing with fruit flies—full of lies I tell myself, imaginary conversations with real people, real conversations with imaginary people, useless essential information, fantasies, nightmares, scenarios worked out in all sorts of ways. Chatter. Endless noise without a gap big enough to stick a foot in. All of that is a good thing if the intent is to be spit onto Antone Flat without seeing sweeping views of earth and sky, without noticing your pounding heart, and without sensing the punctures in your leg from the cactus you didn’t know you walked through. It’s bewildering to walk through that habitat without experiencing it. It’s also a missed opportunity of consequence.

The trip down is a different story; it forces the issue. I started out clumsily, still engaged with the noise in my head until I tripped and skidded far enough down the trail to scare myself quiet. Then I dropped into a zone, a crouch-step, where I focused only on my next move and went quickly before my mind could catch up to my body. I got comfortable walking on floating pieces of shale. I instinctively regained balance after every slip. Easy going. I maintained the zone for a good five minutes before I realized that it had been four minutes since I’d seen the last rock cairn, calling for me to stop, look out at the world, and retrace my steps to find the route.

If I choose to look closely at my motivations, which I don’t often choose to do, I would guess that I found myself on that path on that particular day because it most closely resembles the day’s happenings—the ground shifted under my feet, rock cairns disappeared, and danger lurked nearby.

I’ve been reading Pema Chodron. She suggests that we cause our own suffering by relentlessly searching for solid ground that simply isn’t there, by incessantly clinging to disappearing markers as the next storm rolls in. Of course, she’s right. I’ve clung to one buoy after another looking for the final flotation device. Whether it be financial, emotional, or physical security—I want my lifetime warranty. Then I can stop holding my breath and go about my life in a relaxed and cheerful sort of way.

We are a society of guarantees, promises, contracts, assurances, pacts, treaties, and pledges. Till death do we part. Nevermind that the foolishness of this approach is flung back at us daily in the form of divorces, lawsuits, broken promises, bankruptcies, lapsed warranties, broken hearts, and suicides. Some of us would even like to be insured beyond death so others have taken it upon themselves to offer such a thing. We shall not be dissuaded in our march toward security.

Chodron proposes that we might instead want to cultivate a level of comfort with impermanence and uncertainty since that seems to be what life offers us. “Lean into the sharp points” of life, she says. Instead of attempting to encase our hearts in something like a little pocket protector, we might do the opposite—unwrap our hearts, open them to pain and suffering, expose what she calls “the tender spot.” From that piercing of the heart, she claims, comes compassion and light, a relaxation into today’s reality instead of a grasping at tomorrow’s illusion.

But I’m trying it out. I’ve been meditating twenty minutes a day—not as easy as it looks—but I worry (a non-Buddhist thing to do) that in the midst of all this loving kindness I will become too appeasing, that my writing will lose its edge. One of the roles of an essayist is that of contrarian, and I love that role. The “opportunity to bristle” says essayist Phillip Lopate. When I voice my concerns to my husband, Steve, he assures me that I will never be conciliatory. I’m not sure whether that is a compliment or an insult, so I let it go without judgment (a Buddhist thing to do).

As I slip and slide down Roundy Trail, trusting the flow of groundlessness, I make a conscience decision to let go of my husband as security guard, as guarantor of my happiness, as permanent sentinel of my heart and well-being. I believe we can show each other more love, more kindness, and more compassion if we let loose the security strapping. Maybe we can live more presently, allow for more spontaneity and playfulness, joy and passion, if we are not busy demanding promises of, and making promises to, one another.

This will take some time and practice. Letting go of security—even if it’s only an illusion—creates a feeling of, well, insecurity. But I’m doing all right with it. I’ve already let Steve go as far as the post office without first promising to love me forever. Tomorrow, we’ll try the grocery store. 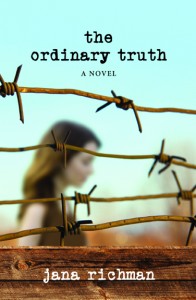 Jana Richman is the author of a memoir, Riding in the Shadows of Saints: A Woman’s Story of Motorcycling the Mormon Trail, and two novels, The Last Cowgirl, which won the 2009 Willa Award for Contemporary Fiction, and The Ordinary Truth. Most recently, she has contributed essays for the collections Utah Reflections: Stories From the Wasatch Front, and  Dirt: A Love Story. Born and raised in Utah’s west desert, the daughter of a small-time rancher and a hand-wringing Mormon mother, Richman has received fellowships from the Arizona Commission on the Arts, Norcroft Writer’s Colony, Writers at Work, Hedgebrook Writer’s Colony, and the Millay Colony where she was a New York Times Foundation Fellow. She lives in the small town of Escalante, bordering the Grand Staircase-Escalante National Monument, with her husband and backpacking partner, Steve Defa.