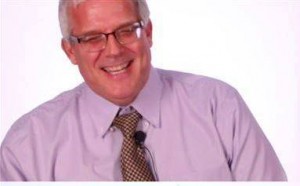 Today, 15 Bytes features Ogden-based Doug Gibson who here, on his birthday no less, favors us with an excerpt from his short story “The Ne’er Do Well,” published recently in the anthology Tales From Ogden Canyon and Beyond, edited by Drienie Hattingh. Just in a time for Halloween, this ghost story set in Ogden’s historic 25th Street recalls another independently published story of Gibson’s, “Yehudi,” which originally appeared in Tales From Two-Bit Street and Beyond II. The story is now available as an e-book on Kindle.

A reporter and editorial board member for the Standard-Examiner, Gibson is well aware of the myriad colorful stories from Ogden’s past and present. My first introduction to him was online as a Facebook friend with whom I now regularly spar over politics. While an editor of the opinion pages for a time, Gibson is very much a generalist with interests that range from martial arts to college sports and from history to cult film (he has a blog with artist Steve D. Stones called Plan9Crunch).

So curl up with your favorite cup of joe, and enjoy Doug Gibson’s work!

… Horton hadn’t been drunk yet. He’d cruised through the valley, trying to figure out where he’d sleep tonight. His parents were in Orem, a long drive, and they were only slightly less frustrated with their twenty-eight-year-old ne’er-do-well than Gwendolyn. So, sucking some menthol sweets, stashed from a long-ago effort to kick smoking, Horton drove.

He’d finally found a Halloween party in Liberty, on the park grass, the one where they had the greased pig contest on the Fourth of July and other parade crap. Horton had almost caught the pig once, barely missing the forty-dollar prize.

There’d been close to fifty people his age at the park. Horton, with experience, moved toward the group with the largest haze of smoke over the circle.

He had a small stash of pot to share and a couple of beers. That was his ticket to spend some time there. The effects of the drug and drinks eased the sound of Gwendolyn’s shrill screams in his mind. He grabbed more pot and some Coors, misreading annoyed stares for glances of admiration. The girl next to him, whatever her name was, became the most stunning woman he had ever met… the one he’d been waiting for.

He had been sure it was time to make his move. His mouth was on her lips, right hand on her breast. Who were these people? Abruptly, he’d been straightened up by force and propelled forward about ten yards via a strong, painful kick in the ass. He shambled up, tugged his T-shirt ring in outrage, prepared to assert his territory, and felt a fist connect with his chin. He turned around, kept to his feet with effort, and headed to his truck with “…and don’t come back” reverberating in his ears.

Horton’s foggy brain contemplated where and how to spend the night. Going to Ogden was out of the question. A cop would eventually bust him for DUI. He was lucky he hadn’t come across one yet. He’d just be wasting gas if he headed home to Gwendolyn’s. Better to use her debit card, he still had it, get cash, at least enough to head south to the parents’ house and beg somewhere to crash until he could get on his feet. That’s too far to drive tonight, he thought.

Oh well, he had a couple of blankets in the trunk and could squeeze into a sleeping position. If a cop stopped him, he’d tell him he got a little drunk at a party, the old woman was pissed, he decided to do the honorable thing and sleep it off, no drunk driving for Horton Perfrunktom, no way, officer …

First, he needed to find an ATM so he could steal a few hundred dollars. Horton stopped his car, placing it in park. He looked at his grimy hands, his slightly distorted visage in the mirror, his dirty, unshaven face.

The resentment, always there, overpowered him. He lived on instinct. It was a second-rate life. He was a last resort of angry Gwen’s; always suspicious, always fuming because he wouldn’t or couldn’t keep a job. He couldn’t locate a woman who would kiss him, keep him clean, toasty, well fed, and tastefully clothed; one who just loved him with no requests. He didn’t attract the pretty ones, the elite ones, the girls who worked in offices or classy stores or high-priced restaurants. He’d never kissed a girl who seemed too beautiful to kiss.

“Never gave me a goddam chance,” he muttered. He placed the car in drive, heading on.

He was in Eden now, approaching the old General Store. There was a light inside. That place couldn’t be open. What was it now? A Mexican restaurant of some sort? Maybe it was open at midnight, might be an ATM in there. He had ten bucks in his pocket. A few tacos and a diet Pepsi wouldn’t hurt.

Come to think of it, there might be a bar in the back. A few more Coors might help him sleep better. A grin flitted over Horton’s face. Perhaps it was a fate, a meeting with a new shack up.

However, there were no vehicles as he pulled in and the sign of the restaurant, so prominent, was gone. The light on upstairs turned off. Horton scrambled out of the truck. His hands smoothed his T-shirt, making a pregnant oval across his stomach, which hung over his old, stained Lee jeans. He could hear laughing, talking, and music upstairs.

The door was locked.

He saw a staircase outside the store. “Go on up, son, it’s the Halloween dance,” a voice echoed from shadows.

So, Horton did as suggested, steadying himself on the wooden supports at his right side as he made his way toward the music. At the top of the outdoors staircase, before he entered, Horton looked as far as he could. The valley was cobalt blue with a few scattered twinkles of light spaced far apart.

Inside, he discovered a dance. A few dozen party-goers were squeezed onto the wooden dance floor. There was a piano man and two musicians playing fiddles. Accompanying the musical trio was an old-fashioned record player. Horton didn’t remember record players, he barely recalled tape players.

It was different than other dances. It was a cramped but homey-looking place. The smell, not uncomfortable, was a mixture of sweat and perfume. The women wore long dresses to the ankles, blouses with sleeves that reached past the elbows, high-heeled buttoned shoes. The colors were plain and for one crazy moment, Horton thought he was a character in an old black and white film, the kind The Egyptian showed occasionally. … 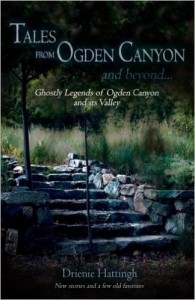 Doug Gibson lives in Ogden with his wife, Kati, and three children. He is a reporter with the Standard-Examiner daily newspaper covering a wide variety of issues, including politics and government. A native of Long Beach, California, he counts Boston, Massachusetts and Ely, Nevada, as past residences. A BYU graduate, he served an LDS mission a long time ago in Northern Peru. His passions include reading, cult cinema (particularly Bela Lugosi and Ed Wood), campaign buttons, Mormon history and the crazy, dysfunctional world of politics today. He can be reached at doug1963@gmail.com.

Tagged as: Doug Gibson, Tales from Ogden Canyon and Beyond, Yehudi