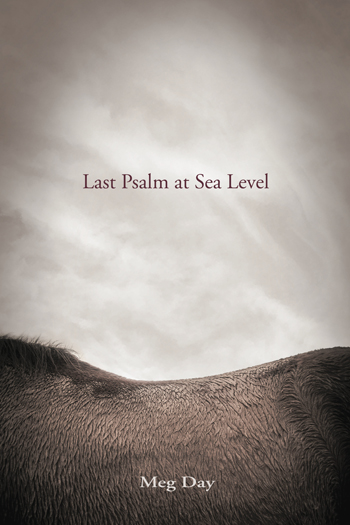 Meg Day’s debut collection of poems, Last Psalm at Sea Level reveals the realities, at base, of the scientific age in which we find ourselves located: the clash between a quantum and a classical mechanical understanding of nature.

That is to say, we can no longer situate ourselves; the very matter of which we are composed is both here and there, wave and particle. Einstein heaved the first volley, teaching us that matter is actually energy, but even he was unprepared for the wavering dislocation that quantum mechanics has introduced into our understanding of the world. And we don’t understand it—we simply haven’t the words.

Last Psalm shows us in just this state: clinging to the language of traditional understanding of the self, as to Newtonian mechanics, while faced with the fact that the underpinnings of our consciousness—not to mention the terminology, the very words we use to understand ourselves—are fundamentally unstable. The poems show this statelessness and explore the alienation of the terms we usually associate with our selves: our age, our gender, our sexuality.

What happens when two fundamentally opposing worldviews collide? In a word, violence. In manner and subject matter, Day’s poems are alive to the brutality shown to the alienated—the othering, the creaturing, until we can rationalize the terrorizing and humiliation of our fellow humans. It’s an old tale, sure. But the poems are also alive to resistance and challenge along with the commitment to the disenfranchised (or the never-enfranchised). In short, these are not poems focused on the aesthetic. If we take Horace’s word, that art should instruct and delight, these poems clearly tilt toward instruction. Together they triangulate a rhetoric whose vagueness is as integral and native to these ideas as an electron cloud.

It is appropriate, then, that it would be night in this book. It is dark and cold. We are often just awakening, bleary, trapped momentarily in the dusk before consciousness. We begin in “There’s Snow in the West” in this dark, and even a light bulb is veiled:

in the porch light has gone

leaden & each night the asphalt

is honeycombed in its half-

The poem operates as an invocation, setting a tone from which the poems never waver, one of deep longing: “I am not praying. / I’m longing: Please.”

Not praying, to be clear. “God” and “Lord,” then, become figures of vagary. The next poem, “Hymn to a Landlocked God,” presents an agnostic prayer to find faith, even to be forced to it:

Make me a barn

with a spine so swayed

it pulls back my neck

to crane toward the sky.

It is a deeply violent image, one later repeated in “Batter My Heart, Transgender’d God”: “keep me on all fours. / My knees, bring me to them; force my head to bow again.” It would take a human in great pain to submit to such a thing, but omnipotence would be the only thing able to reconcile the battling selves, where enslavement would be a welcome last resort toward some kind of integration.

The title with its apostrophized “Transgender’d” brings us to an important point: a word, which surely didn’t exist when the convention of apostrophizing words to bring down a line’s syllable count did, that operates as a sly metaphor for the new seen through the lens of the old. And inherent here is the form-play Day engages in throughout Last Psalm.

It demands attention. One could look at it from Robert Creeley’s statement that “form is never more than an extension of content” and get a lot of purchase from an inspection of the formal aspects of the book. The problem is that it is a collection of poems that reads very much like a collection of exercises in form, none of them terribly impressive feats of formal skill within any of the variety that Day here arrays. We have several sonnets and pseudo-sonnets, a sestina, modified terza rima pieces, aubades, blank verse, a ghazal, among probably many more, and one is reminded of Pound’s dictum that technique is a test of sincerity: “if a thing isn’t worth getting the technique to say, it is of inferior value.” I wouldn’t take the quote too far, but Pound’s point inheres: what is the point of a loosely composed sonnet, and does it do its subject justice?

And it is here that we should perhaps focus most keenly. The poems in form seem to use form very loosely. How is one to interpret a ghazal (“Ghazal for Finally Leaving What Has Already Left”) that lacks the meter and internal rhyme so essential to the form? It is a ghazal in name only, one that on inspection is actually a poem of unevenly metered couplets that more or less repeats some version of the word “bed” at the end of each second line.

The sonnets, too, are loosely metered and rhymed. In the sonnet “Alone with Patrick,” rhymes like “tadpoling/taking” and “peel/mouthful” don’t take, and they raise questions of purpose; e.g. if we’re not going to let the dictates of form get in the way of a good line, or a good sentence, have we not abandoned the form?

Can this be read as working against form, using it, as Day does the word “transgender’d,” ironically? A case could be made. But the tone of the book, one of absolute sincerity, would argue against it. More likely, the symmetry and patterning with which the majority of poems in Last Psalm are involved suggests that the formal is deeply important, claiming old modes to buttress the ethos of the poems’ arguments. And that would make it doubly important, it seems to me, to compose these to Dante’s perfection.

The triple sonnet “When They Took Her Breasts, She Dreamt of Icarus” is a microcosm for these concerns, but ultimately the poem is a deeply moving exploration of further alienation, from gender, from sex. “I never wanted to be less woman. But I was / more monster than man, a leviathan in gauze.” Icarus becomes a metaphor for being high, literally and figuratively, a winged morphine haze, commenting savagely on the speaker’s state: “You’ll be lighter / without all that weight…” and “If you relapse / it’ll be the last time…” and “I’ve always said hubris was stored in the chest….”

It is not coincidence if the character of Icarus here reminds us of Anne Carson’s insouciant gay man-child Geryon in her Autobiography of Red, and Red Doc>. Carson’s work explores identical themes of gender and femininity, often couching them in ancient forms or using ancient tropes. “On the Day That He Goes, I Will” is a poem that uses a similar form to Carson’s “Blended Text,” a poem that can be read across a typographical caesura that creates two columns of text, or down those columns, so

can be read “Your belongings— / stowed in secret,” or “my heart, / stowed in secret.” It’s a method that could bear fruit if it were explored further. The problem is that no form in the book is fully explored, and it argues with the possibility of integrating the subject of most of these poems with a form for them that so often they seem externally prompted: the form seems not to be integral to the content.

Day is at her best working outside them. “What I Will Tell His Daughter, When She’s Old Enough to Ask” is an example. The poem deserves more space than I can quote here, but the situation is simply harrowing. It starts with the impending

When they removed the yellow tape

from the doorway, our neckless birds

still sat, unfolding, on the tabletop….

and proceeds to tell the story of an unnamed “him” in the poem sending the speaker to the hardware store for fishing line to hang their “attempts at a thousand” origami cranes. The speaker “whistled the eleven short blocks // back from the hardware while he folded his apologies / & suspended himself from the ceiling of cranes.” The understated horror fascinates even as one feels one’s schadenfreude bite.

There is much more to say and examine here. That should be a testament to the complexities raised in this book. Ultimately, one’s enjoyment of it will depend on how comfortable one is in the dark places Day puts us. It is a state of destabilization, but ultimately a state for which we have no word. That is what metaphor, what poems are for. Last Psalm at Sea Level shows that poetry—“language charged with meaning” in Pound’s terms—is the best, the only, place we can hope to find direction to stable footing. 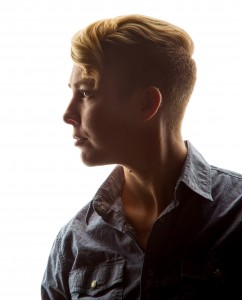 Meg Day is the 2015-2016 recipient of the Amy Lowell Poetry Travelling Scholarship, a 2013 recipient of an NEA Fellowship in Poetry, and the author of Last Psalm at Sea Level (Barrow Street 2014, winner of the 2013 Barrow Street First Book Prize in Poetry), When All You Have Is a Hammer (winner of the 2012 Gertrude Press Chapbook Contest), and We Can’t Read This (winner of the 2013 Gazing Grain Chapbook Contest). Selected for Best New Poets 2013 and winner of the 2012 AWP Intro Journals Award, Meg has also received awards and fellowships from the Lambda Literary Foundation, Hedgebrook, Squaw Valley Writers, the Taft-Nicholson Center for Environmental Humanities, and the International Queer Arts Festival. Meg is currently a PhD candidate, Steffensen-Cannon Fellow, & Point Foundation Scholar in Poetry & Disability Poetics at the University of Utah. www.megday.com 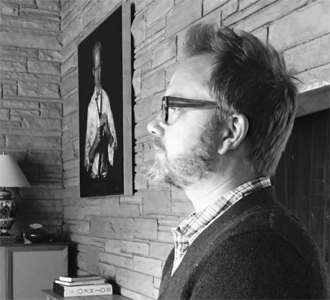