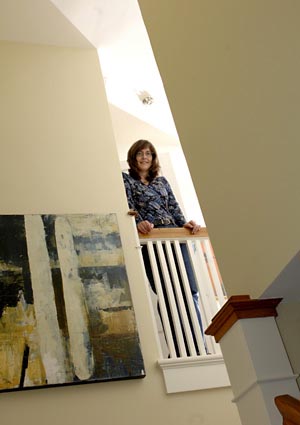 Five years ago, Sandy Brunvand set out to buy a new home in the Avenues. Not long after her search began, she discovered what was to soon become her studio space – the third-story attic of a Victorian home. Nestled amidst a variety of tall trees, Brunvand’s “bird nest” studio is functionally divided between a workspace and a sitting area, the latter richly supplied with books about inspirational painters and printmakers. Along with several windows, two skylights situated in the steeply pitched ceiling provide the space with an abundance of natural light. Interspersed between ordered stacks of paintings, shelves abound with tubes of acrylic paint, brushes, plastic containers and the subjects of her paintings – plant forms, seeds and rusted objects.

Brunvand’s studio extends well beyond the physical confines of her home. Each morning she and her husband Erik, along with their dog Scruggs, hike the foothills in search of new iconography. The plant forms and rusted pieces she collects on these outings appear in her paintings not only as metaphors of life and death, but also as the representation of the struggle to persevere. Shortly after hiking, Brunvand tucks herself away in her studio and proceeds to paint until late afternoon or evening.

Brunvand’s approach to painting is quite dynamic. Her technique incorporates several processes: building up a surface by “piling on paint,” sanding down the surface to reveal particular areas, and, at times, actually “digging” into the layers of paint. In this fashion, she develops an interactive relationship with her work, encouraging the panel or canvas to reveal its own path. Moreover, Brunvand typically works on a number of paintings simultaneously, allowing the influence of particular forms, colors, and textures to cross-pollinate between them. When Brunvand is not painting, she spends a considerable amount of time sitting in her favorite wooden chair, studying her paintings and contemplating her next brushstroke. 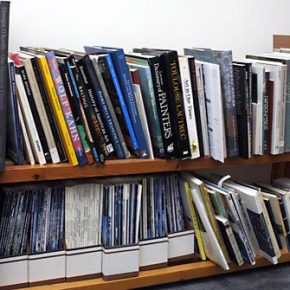 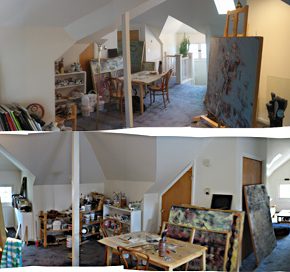 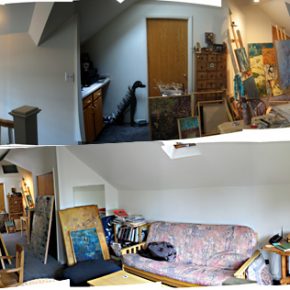 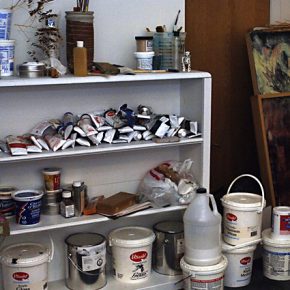 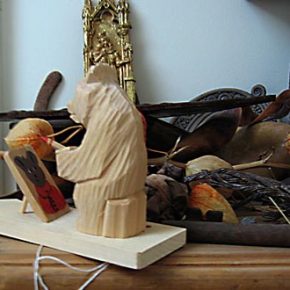 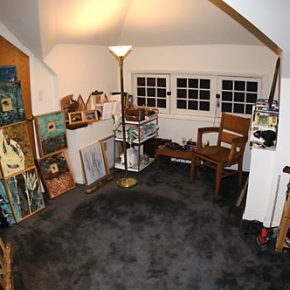 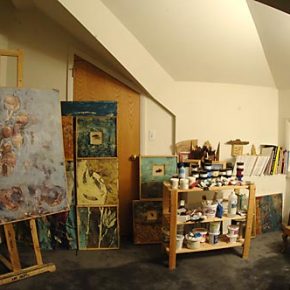 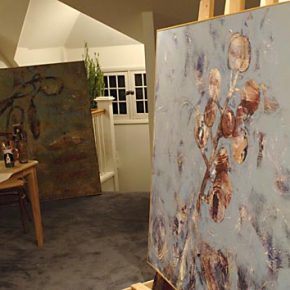 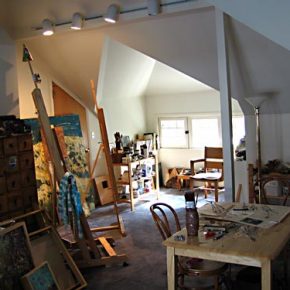 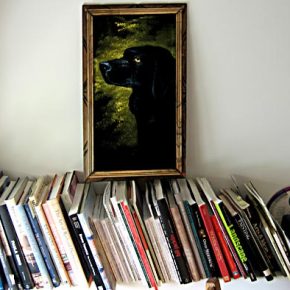 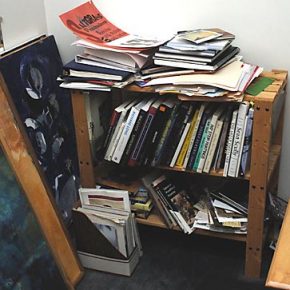 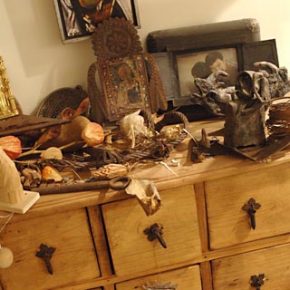 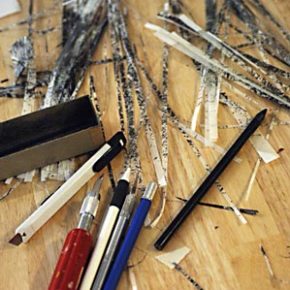 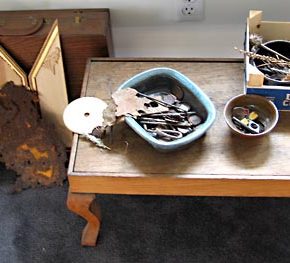 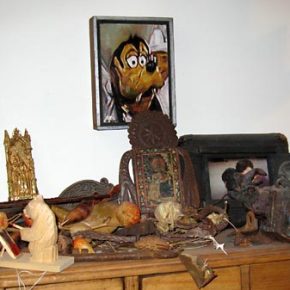 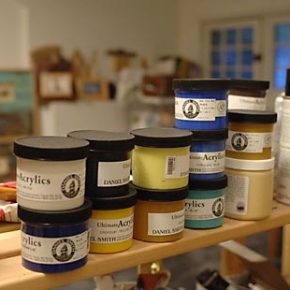 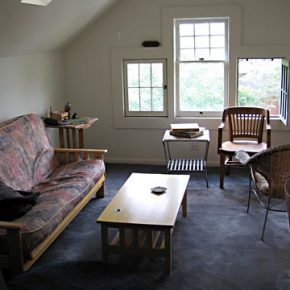 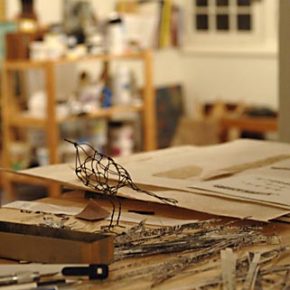 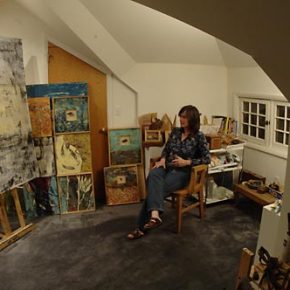 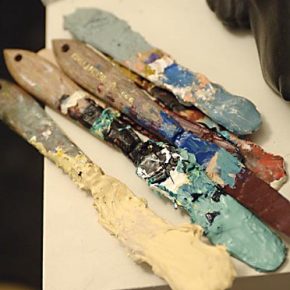 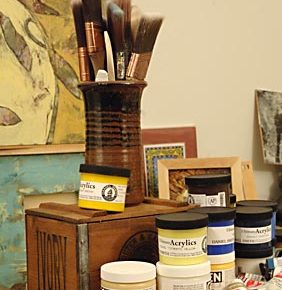 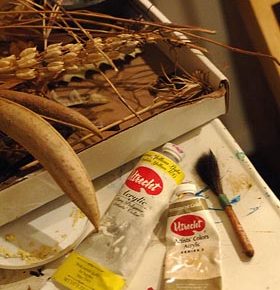 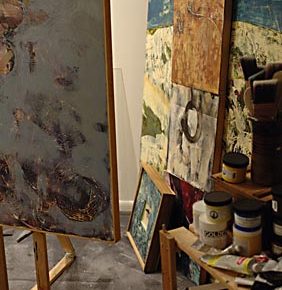 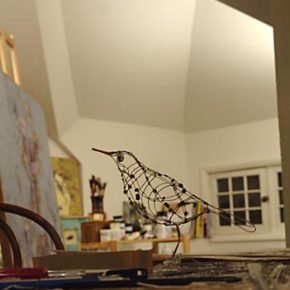 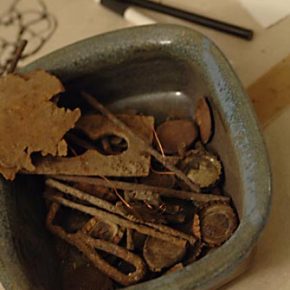 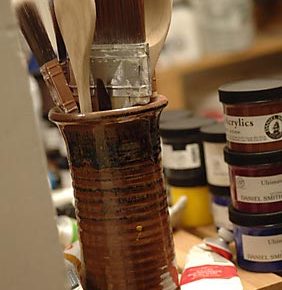 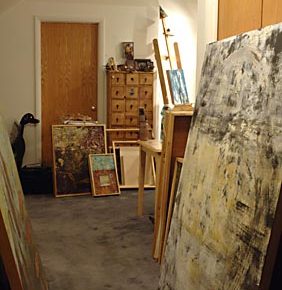 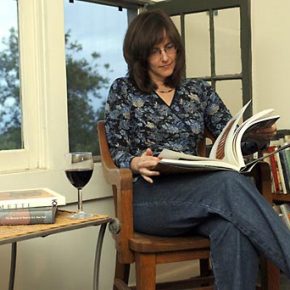