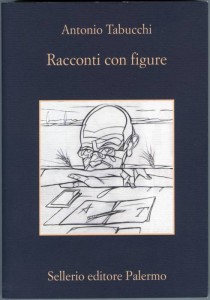 Italian author Antonio Tabucchi died Sunday of cancer. Little was made of his passing in the states, though most European papers noted his achievements, and in the English-speaking world the BBC remarked on his career (Tabucchi has been a contender for the Man Booker International Prize). It’s a shame that Tabucchi is little known here, because he is a writer of wit and intelligence, a clever craftsman who is heir, in some respects, to Italo Calvino. And anyone interested in Italian culture and politics must give him extra credit points for having been a fierce critic of former prime minister Silvio Berlusconi (see Tabucchi’s Tristano Dies).

The author’s reputation in the English-speaking world can’t have been helped by the fact that one of his better known works, Sostiene Pereira, has been known by two different titles in English: Pereira Declares and Pereira Maintains. It is the story of a bumbling and indecisive newspaper editor in 1930s Portugal who joins the fight against the country’s fascist regime almost despite himself. In fact, since early in his career Tabucchi has been so obsessed with Portugal (and its modernist writer  Fernando Pessoa) that one might be forgiven for thinking him a Portugese writer if coming across him only in translation.

Another recurring theme in Tabucchi’s writing has been art. “Painting has often moved my pen,” he has written. “If on a distant afternoon in 1970 I had not entered the Prado and had not remained “prisoner” in front of Velazquez’ Las Meninas, incapable of leaving the hall until the closing of the museum, I would never have written ‘Il gioco del rovescio,'” referring to one of his better known short stories (published in English as “The Backwards Game” in New Directions’ Letter from Casablanca).

Last year Italian publisher Sellerio brought out Racconti con figure (Stories with Figures) a collection of Tabucchi’s fictions inspired by individual works of art, written over a twenty year span. The stories and musings are not direct responses to the individual works, which are reproduced at the beginning of each chapter, but entites that have a life of their own, provoked by the work.

“The story inspired by the visible has taken hold of the “What-one-sees” in order to wander, according to its pleasure, in the territory where the artist has remained silent, that which could have been painted or photographed but was elided.”

The works were written on various occasions, frequently appearing in exhibition catalogues. The artists inspiring these pieces include lesser known Italian and Portugese painters, sculptors and photographers, as well as historical figures like Vermeer and names of international renown like Paula Rego. The latter artist reversed the process and painted a painting in response to one of Tabucchi’s stories (the interaction between artist and writer brings to mind the Renewal exhibit that has been mentioned recently in our pages).

One can hope that the author’s death will encourage New Directions, his state-side publisher, to bring out more of his work, including some, if not all of these short stories.

You can find a list of some of Tabucchi’s works in English at the Complete Review.