Starting from Scratch: Mark by Mark at Alice Gallery 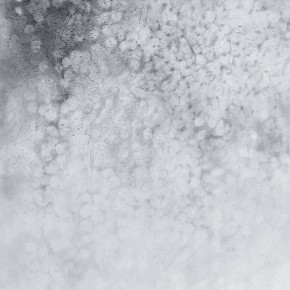 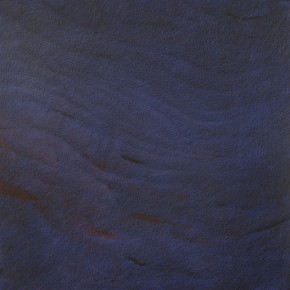 To non-specialists, the timeline of art history is marked by long periods when nothing happens, punctuated by sudden expansion. About half a million years ago, our part-ape, part-human ancestors noticed that certain things—rocks, branches, bits of bone—resembled other things, like faces or the bodies of animals, and took to carrying them around as personal property, even having themselves buried with them. Much later, something like thirty thousand years ago, our cave-dwelling ancestors began to sculpt and paint such images deliberately, and fidelity to appearances became the principal goal. About a century ago, the hegemony of verisimilitude cracked, and artists began to pour through the breach, finding themselves in territory that came to be called Abstraction. As happens often in art nomenclature—‘modern’ and ‘contemporary’ come to mind—a universal, even a defining quality of all art had its name hijacked for use as a narrow label, implying in this case that there is a work of art, somewhere, that is not abstract.

The occasion for this reflection is a superb three-woman show at the Alice Gallery, a small annex attached to the Utah Division of Arts and Museums home office on South Temple. Here Al Denyer, Lydia Gravis, and K Stevenson (in alphabetical order) are showing a total of 21 mostly large drawings that, while they delight the senses, also make the cognitive point that even deliberately non-representational marks will, once a certain information density is achieved, permit eye and mind to project structure, organization, meaning, and aesthetic impact onto them. The escape into ‘abstraction’ leads back into representation, if only because that’s what our perceptual system seeks. On the way, though, we may enjoy a journey that begins from terra incognita, creates something that never previously existed, offers the suspense of placing ourselves in what we hope are the artist’s capable hands, and ideally ends with the satisfaction of ending up in a place that feels like we knew it all along.

Each of these three artists presents multiple distinct patterns of mark-making; each body of work contrasts as well with the other two. Yet what emerges is an impression of overall cohesion, far more so here than in many group shows, where despite a unifying theme, juxtaposition just exaggerates the disparate artists’ idiosyncrasies. Seeing why this is true is key to understanding one of the great strengths of what we must agree to call ‘abstract’ art. Comparing Mark by Mark with Spirit of Place (reviewed in our February 2014 edition), shown in February at Phillips Gallery, it becomes clear that traditional subjects like landscape foreground expression: how does this artist handle a known quantity? By contrast, placing abstractions side by side emphasizes their histories: the (similar) processes that brought them into being. Walking through the Alice Gallery, it seems almost as if we witness a single art taking shape, its impulse starting from scratch over there, augmenting itself along this wall, then coming to fulness right here. Each viewer may write a personal script for this adventure; what follows is only one possibility.

Although the most familiar of the three mark-makers, K Stevenson is better known for  elaborately cerebral and sophisticated mixed media works built on architectonic frames. Her drawings, despite their elaborate surfaces, seem less evolved, if no less pleasing, than those hanging nearby. In them, she distills the thing that continues to make Jackson Pollock’s mature paintings interesting. Now that the hype over ‘action painting’ and his alleged ‘essentialism’ have lost their urgency, what Pollock seems to have discovered is a quintessential modern subject: the interpenetration of material reality and our perception of it by elaborate networks, some of which are real, inhering qualities, while others are as contextual as thought. Looking at Pollack in the 1950s, precocious viewers saw neural pathways; looking back today, we see hints of the World Wide Web. In “Uncertainty is still more beautiful, fissure #2,” Stevenson’s tense, urgent lines refuse to yield prominence to the geometric shapes they outline. We see them extending only a short way into the imaginary space of the page, but drawn across the surface as if going on forever, like a textile or a crystalline lattice. While they might carry ideas, they seem more basic: feelings, moods, connected to the texture of being and awareness. In the “Tangle untangle, tend untend” series, the lines are more circular and surrender to the forms they outline, which sometimes resemble aquatic life forms, while at others they feel like diagrams of crowd behavior or alien landscapes that, though seen for the first time, reveal familiar qualities. Throughout, her use of color separates blocks or levels, while making the overall surface more lively.

Lydia Gravis, who works primarily in this graphic format, suggests the same impulse, perhaps even the same artist, but further along on her project—like a neoclassicist who has decided to reintroduce some of the messy emotional qualities her earlier work had foregone. Where Stevenson permits only small variations in her line quality, in Emergence Gravis overlays large tracts of horizontal lines with isolated, dense clusters of figurative scribbling, lending a greater feeling of depth. In “The Trajectory of Smoke and Mirrors,” smudged lines retreat like shadows, while sharply defined, almost chiseled lines advance, creating a cloud with even more depth. Three drawings done on black are as sophisticated as drawing gets, with light lines modeling luminous forms that float in dark, evocative spaces. “It’s Complicated” inverts “The Trajectory of Smoke and Mirrors,” while vertical elements in “Inscape” bring gravity back into the picture. “Reveal” climaxes this direction, with its soft coil that spirals deep into space as it turns in on itself, alternately filled with and embraced by trailing tendrils that impart a sense of motion and unknown drama. Clusters of minuscule objects resolve into veils that flutter in its wake. Throughout, the pillow-like forms she has produced in the past, so much like stones embedded in and emerging from a sandy river bottom, have given way to a less determined, more generously evocative effect.

Stevenson and Gravis both teach at Weber State. Al Denyer teaches at U of U, so those who rarely stray outside Salt Lake may be more familiar with her work. She also shows frequently, including filling the main room at Finch Lane and splitting the Kayo Gallery with Sandy Brunvand. Over these years, the unmistakeable evolution of her process has played out in public, before her audience’s eyes. She is alone here in bypassing the contrast of figure against ground, instead making marks so dense they all but replace the surfaces she works on. In this way, her drawings recall pre-modern oil paintings.

Denyer’s early drawings looked like, and were titled after, riparian systems seen as only modern eyes have seen them: from high above the Earth. There being fewer structural choices in the world than materials to choose them, these patterns sometimes suggest other instances of liquid delivery-and-removal systems: brain and eye tissues, the areolae of leaves. Fans of Denyer’s black-on-black or gold-on-black works will find here that with the addition of more colors, her surfaces have become thicker, both in illusion and in fact. In “Pristine Lakes VIII,” red pencil as rich as velvet generates a tactile sense of high relief, while the serpentine remains of original surface recall the way the surface of water, unified by physical principles, becomes like a continuous mirror. Think of aerial films of Spiral Jetty, with the sun’s reflection leaping from one arc of water to the next as the camera swoops past. In “Pristine Lakes X,” the red has retreated until it dots the surface of a corrugated landscape, like ponds isolated from drainage that begins nearby. A couple of drawings, titled “Purple Surface I & II,” and some studies of the Barents Sea represent a shift from how water contours land to how the environment in turn contours bodies of water. Here again, analogues come to mind: the wrinkles of animal skin are unsurprisingly akin to the skin of land and water. But it’s sufficient to focus just on one of the most prevalent, familiar, breathtakingly beautiful, endangered, and—oh, yes—so far as we know, unique formal patterns in this universe: the movement of water as it penetrates, undercuts, and moves over matter. Which is to say, the essential animation of all life.

Mark by Mark, featuring the work of K Stevenson, Lydia Davis and Al Denyer is at the Alice Gallery through May 9. A reception for the artists will be held during the March Gallery Stroll, Friday March 21, 6-9 pm.